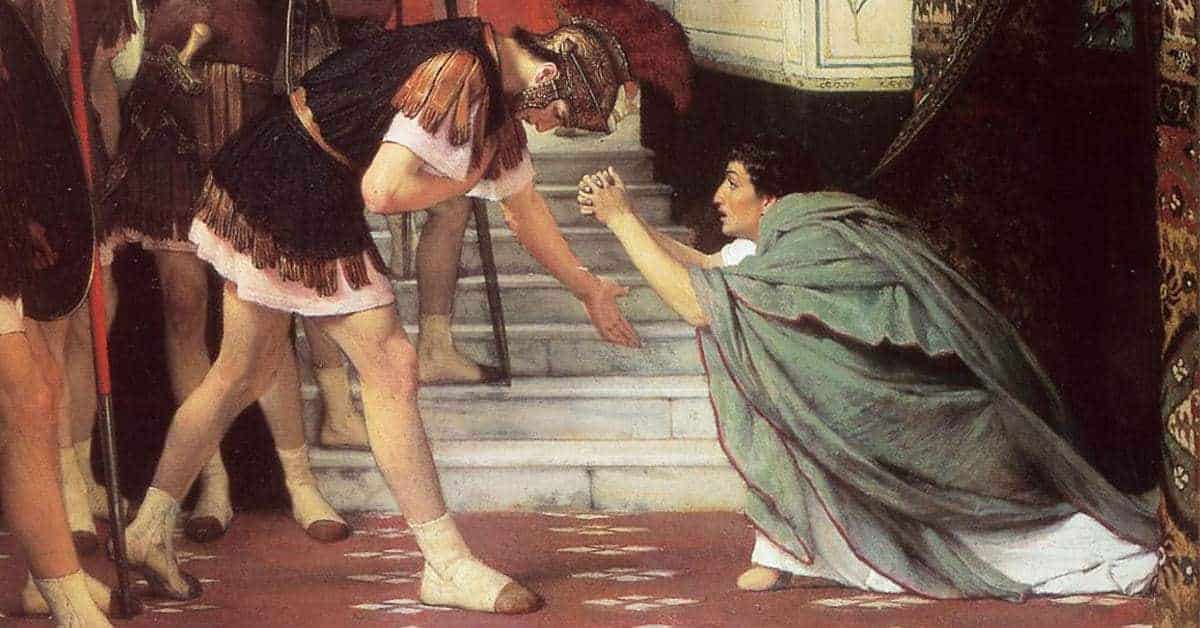 Coming to power at just 19-years-old Commodus never had much of a knack for ruling. Rather than presiding over sessions in the senate, he preferred bludgeoning wild animals to death in the arena, or when he was feeling less energetic using them as target practice for archery. Highlights of his reign of terror include making his praetorian prefect dance naked through the palace, changing Rome’s name to “Commodiana” and renamed the months after his honorific titles: Lucius, Aelius, Aurelius, Commodus, Augustus, Herculeus, Romanus, Exsuperatorius, Amazonius, Invictus, Felix, Pius.

Eventually, and indeed inevitably, he was assassinated, ignominiously strangled in the bath after surviving an attempted poisoning by his wrestling partner Narcissus in 192 AD. The Senate wasted no time in declaring him hostis (enemy of the state), expunging his name from inscriptions, tearing down his statues throughout the city, and reversing some of the more intolerable changes he’d made. Like changing Rome’s name back to Rome.

We have a valuable but rather strange source which, if we choose to believe it, gives us the verbatim senatorial decree listing sanctions against the memory of the deceased emperor. Outraged in its tone, it exhorts for Commodus’s body to be dragged with a hook through the dust; for his statues to be overthrown; for “the memory of the foul gladiator [Commodus] to be utterly wiped away.” The problem with this source is that it reads so badly; too badly I think to be genuine. It’s repetitive to the point of ridiculous and conspicuously lacking in specifics. Nevertheless, it was right about the statues. Images and inscriptions bearing the emperor’s name were destroyed or altered en masse after his death, testament to the vitriol the people felt for him.

For all of his many transgressions, Commodus was actually made a god by his successor, Septimius Severus. It’s unlikely this was done out of any personal admiration; more likely it was a politically appeasing manoeuvre aimed to get the family of Marcus Aurelius onside. But becoming deified did nothing to help his posthumous reputation, and Commodus is still widely regarded as being one of Rome’s worst emperors. Perhaps he would have done well to listen to his fictional nemesis, the husband to a murdered wife, father to a murdered son Maximus Decimus Aurelius. After all, what he did in life really has echoed in eternity.

Cruel, tyrannical, militarily obsessed, Emperor Caracalla was never cut out to be the sole ruler of the Roman world. Then again he was never meant to be. Upon his father Septimius Severus’s death in 211 AD, Caracalla inherited the throne along with his slightly younger brother, Geta. The two had a toxic relationship, however, constantly bickering to the extent they considered dividing the Empire in half; Caracalla ruling the West, Geta the East.

On December 26 211 Caracalla met Geta in a reconciliatory meeting organized by their mother. There he ordered his Praetorian Guard to assassinate Geta, stabbing him fatally and leaving him to bleed out in his mother’s arms. Murdering apparently 20,000 of his brother’s remaining supporters, he then enforced a damnatio memoriae, ordering all images and inscriptional mentions of Geta across the entire empire to be erased and all coins bearing his name or profile to be melted down.

It wasn’t just his brother against whom Caracalla waged a war of memory. At the age of 14, he was made to marry a young aristocrat, Fulvia Plautilla, who for reasons lost to history he passionately hated. Eventually, he was able to charge and execute her father on the conspiracy of treason. He had Plautilla killed soon after, once his own father and controlling influence had died, strangled along with their young daughter while away in exile on Lipari. We know that while Plautilla enjoyed a prominent position in the imperial family (between about 202 – 205 AD) she had numerous portraits commissioned. Many have survived, but have been victims of attacks, chiselling gouging, and water damage.

Caracalla ultimately met the same sticky end as his brother. While away on campaign, preparing to launch a military offensive into Parthia, he stopped off to urinate along the road. He was suddenly approached from behind by a disgruntled soldier whom Caracalla had denied a promotion and stabbed to death. His assassination marked the end of his short-lived dynasty: the man who replaced him as emperor just three days later, Macrinus, was the former prefect of his Praetorian Guard.