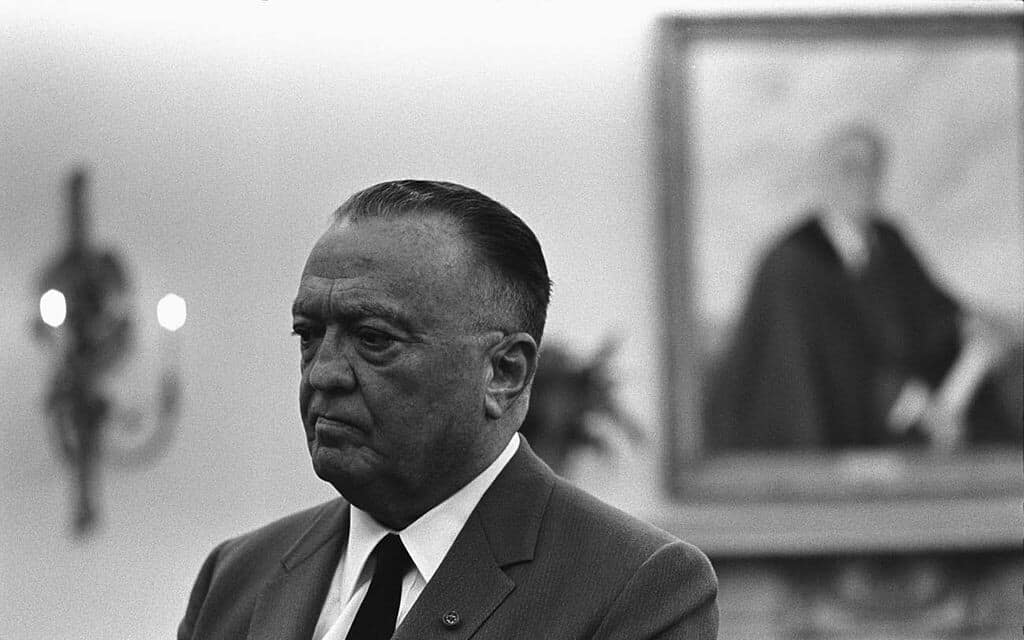 16. Silas Newton was a confidence man who may have been the informant in the Hottel Memo

As early on as September, 1938, the FBI had information on Silas Newton. Newton had an extensive arrest record at that time, in multiple states, which included stock fraud, wire fraud, grand larceny, bail jumping, and other crimes. Yet Newton portrayed himself as a wealthy oil man and investor. By 1950, Newton was a self-described expert on the popular subject of UFOs, and was cited as a source in one of the early books on the subject, Behind the Flying Saucers, by Frank Scully. He claimed multiple personal UFO sightings, including the crashed UFOs held by the government. Newton’s claimed knowledge of UFOs and the aliens which flew in them led him to numerous speaking engagements, but could not surpass his taste for out and out swindling. Along with a partner, Leonard GeBauer (known as Dr. Gee, but in reality an electronics salesman) he announced the development of a mineral seeking device based in alien technology.

Denver industrialist Herman Flader agreed to invest in their device, called the doodlebug, believing the minerals it found would easily recoup his investment of $50,000. Flader thought his investment sound, since he received one third of the company which would produce doodlebugs for an estimated $800,000 each. Other investors were taken in as well. Some doodlebugs were actually produced, using cheaply obtained Army surplus radio parts. They did not detect much of anything, and the actual cost was less than four dollars. As it became evident that Newton’s doodlebug was a scam, he and his partner Dr. Gee simply made off with the money. Some experts believe Newton may have been the informant who told the unnamed FBI agent of the three downed flying saucers in New Mexico, though that may have been mere speculation. Both Newton and Gebauer were convicted of fraud in 1953.

17. Newton’s fraud did not end with UFOs and doodlebugs

Throughout his tenure has a self-appointed expert on UFOs and aliens, Newton carried with him a piece of metal. He claimed it to be indestructible. He also claimed it to be from one of the crashed UFOs he had seen. Eventually it was tested by the authorities, and found to be aluminum. By then, Newton had begun stepping away from his role as an authority on UFOs and alien bodies. He changed his stories, claiming he had not actually seen the UFOs, but was repeating the descriptions told to him by people who had. He made the same claim regarding the alien bodies he previously claimed to have seen in a secret government facility. Though he downplayed his expertise on UFOs as they were debunked by science (he once claimed UFOs flew at twice the speed of light) he continued to be cited by ufologists. His tales were repeated and embellished within the UFO community.

In 1969 he appeared again, in yet another fraudulent scheme. This one used decidedly dated technology, repeating a scam which occurred frequently throughout history. He engaged in a mine salting scheme for the purpose of defrauding investors. Indicted for the crime in in 1969, he entered a guilty plea. The mine salting scheme took place while Newton was under charges of fraud related to oil wells in California. The FBI’s files in the Unexplained Phenomenon category describe Newton’s long history of operating as a confidence man and grifter. The true unexplained phenomenon regarding Newton is probably the fact that he got away with it for so long a time, in several industries, without evidently ever serving any significant time in jail. Newton died in 1972, but many of the UFO myths he perpetrated continue today.

In October, 1956, a group of ufologists, many of them high-ranking retired military officers, formed the National Investigations Committee on Aerial Phenomena (NICAP). Retired US Marine Major Donald Keyhoe became director of NICAP in 1957. Another prominent name which appeared on the organizations board of directors was retired Vice Admiral Roscoe Hillenkoetter. The Admiral had previously served as the first head of the CIA. Despite the group’s name, which lent it the appearance of being a government agency, it was entirely privately funded. Operating funds came from the membership fees, donations, and subscriptions to published magazines. Speaking fees from appearances added to the budget, but the group was often starved for cash in the 1950s. It became known to the FBI early in its existence. In 1957 the FBI received a handwritten letter, from a gentleman questioning NICAP’s legitimacy.

The letter also asked for confirmation of the information promulgated by NICAP in a lecture presented in Florida two years earlier. While the content of the lecture is not present in the file, NICAP throughout the 1950s and early 1960s routinely published content claiming the USAF and other agencies were withholding UFO information from the public. The FBI replied to their queries stating that the information in its files, “…is confidential and available for official use only”. It did not address the issue of NICAP’s standing. It is the first of a long string of correspondence in the FBI’s files addressing the issues raised by NICAP. Most of them regard the FBI participating in UFO investigations, both with and separate from the Air Force, as well as participating in efforts to keep the results of the investigations secret. By 1958 Donald Keyhoe was a frequent subject of discussion within internal FBI memoranda.

19. The Air Force suggested using an arcane law to shut down NICAP

In 1960, a federal law was enacted to prevent debt collectors and private investigators from using names for their businesses which presented them as being official agencies of the US Government. That year a woman was arrested by the FBI for operating a debt collection agency under the name of the National Deposit System. Reports of the arrest appeared in the newspapers. In August, 1960, J. Edgar Hoover received a letter from the Office of the Secretary of the Air Force which cited the arrest and the law. The Air Force also pointed out that NICAP had been using a name which implied government association for “several years”. It also asked Hoover if the same law could be used to, “…curtail the activities of this organization”. The Air Force enclosed a newspaper clipping describing the arrest of the debt collector, and hinted a similar action against NICAP was desirable.

Hoover replied a week later. His letter informed the Air Force that the law under which it desired FBI action against NICAP did not apply. Hoover’s reply pointed out the law was limited to skip-tracers and debt collectors. In an added note, the FBI acknowledged correspondence with NICAP, usually in response to the latter’s persistent requests for information, and that it had received no complaints regarding the organization which warranted an investigation. In another matter involving NICAP, a correspondent asked the FBI directly if NICAP was a communist organization by affiliation or funding. Hoover replied in March, 1961, “This bureau has conducted no investigation of the organization about which you inquired”. The accusation, even just implied, of communism was a red flag for J. Edgar Hoover, but in the case of NICAP he exhibited little interest in following it up.

20. The FBI’s Unexplained Phenomenon files are mostly bureaucratic give and take

Throughout the Unexplained Phenomenon files there is a noted absence of unexplained phenomena. Instead, there is a wealth of correspondence and internal documentation describing the bureau’s action or inaction regarding the requests of others. Despite files regarding UFOs making up the bulk of the vault’s contents, the FBI repeatedly states in its records that it does not investigate UFOs. Such activities were entirely the responsibility of the United States Air Force. But the FBI definitely hovered around those investigations, meticulously documenting what they learned from observation, informants, and even the press. J. Edgar Hoover expressed interest in press reports on several occasions, directing his agents to obtain further information and clarification. Often the requests were over articles about UFO sightings, or lectures on the subject given by ufologists.

Hoover’s interest in the activities of all branches of the US government and its supporting contractors is well-documented. It was an obsession. He wanted any scrap of information known by any other branch or agency of the government to be known to the FBI, no matter how small. The result is an unexplained phenomenon file which describes the known activities of other investigators, but very little content of unexplained phenomena. The long flirtation with ESP, mental telepathy, and other parapsychology is just one example. Hoover wanted to know what the CIA and military intelligence were up to, without sharing with them what his beloved bureau was doing in the same fields. As in nearly all things, his highest consideration appears to be protecting his bureau from potential public scorn. For most of his life he succeeded in that mission.