Ancient Witchcraft: How Magic Was Used in Ancient Egypt 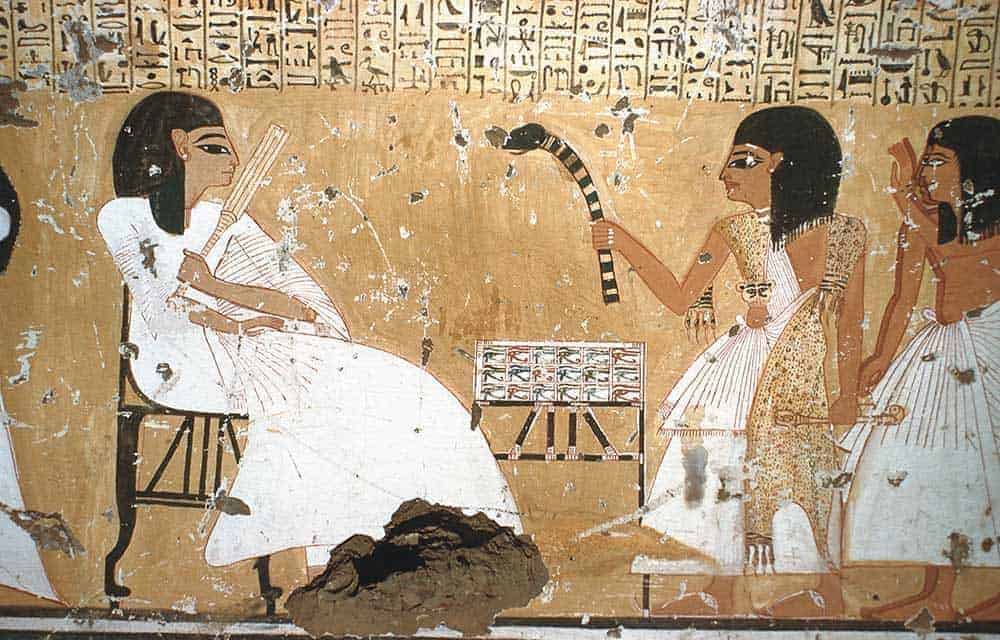 Ancient Witchcraft: How Magic Was Used in Ancient Egypt

Even though witches are today mostly associated with Halloween and the Salem witch trials, witches have been around for centuries. The ancient Egyptians were known to practice various forms of witchcraft with mathematical precision. Instead of fearing witches, the ancient Egyptians viewed them with reverence and as a necessity. A witch in ancient Egypt could be called upon to solve any number of problems facing an ordinary citizen.

In Pharaonic Egypt, the people who controlled the magic were the priests. They were the guardians of the knowledge bestowed upon humans by the Gods so that they could ward off the negative hands of fate. There were different levels of priests but it was the lector priests, who were able to read the ancient magic texts, that possessed the greatest magic. Lector priests were in charge of protecting the ruler and guiding the dead on their path to rebirth. There were also healing priests that would ward off the plague and lower priests who could rid the city of reptiles and insects.

By the first millennium BC, magic was no longer only in the hands of the priests. It fell to the magicians and witches would then could control magic to help the people. Midwives and nurses were said to have magic about them to help the sick and women in childbirth. It was also written that wise women might be consulted if a ghost or deity was believed to be causing trouble for someone.

No matter the time, magic played a major role in Egyptian society. Those who touted themselves as magicians with the ability to wield magic, did so by connecting themselves with a certain god. It was this god that would grant them power and would be the focus of their magic.

The Egyptians were fond of spells and amulets, each of which had a very distinct purpose. The now very famous Book of the Dead had a wide range of different spells that were believed to change the fate of those who sought the help of the priest or the magician. The magician’s powers were somewhat limited in that the magicians believed that the only way to perform a spell against another person was if you knew their private name, the name only known by the individual and their own mother. Most Egyptians would have a public name that they were known by and a name that they kept secret so as to protect themselves from bad magic.

Magic was not limited to the individual level, the Egyptians believed that they could use their magic against their enemies as well.

The basis for Egyptian witchcraft came from a range of sources. A practitioner of magic had to know alchemy, astrology, astronomy, animal concoctions, and herbal medicines. It took a combination of these with a touch of religion and relationship with a personal god to make someone truly skilled. The most powerful skills were written ones because so little of the population was literate that a written spell would be passed down among families.

Wands were also used and were intricately decorated and highly prized. They were used to summon magical beings and force the being to obey the magician, priest or witch that was calling them. Semi-circular ivory wands were known to be used around the second millennium BC. Some believed that they were used to draw protective circles around those that were vulnerable, such as women giving birth or those that were ill.

Amulets were also used for spells, protection and magic. They could be made by a skilled practitioner, either male or female, and would be worn by an individual for protection or used in spells. Strangely enough, individuals performing spells was not frowned upon by the leaders or the priests because it was not common for anyone to do harmful magic. It was believed that only foreigners did bad magic.

The Egyptians themselves were only known to do truly bad magic against their enemies. If the state wanted to punish an enemy or a traitor they would write the name of person on pots, tablets or on bound figurines. These objects were then burned or buried in the belief that would weaken their enemy. There was also a ceremony that the priests could perform that would curse the enemies of the divine order such as the chaos serpent Apophis who was at war with the sun god.

Images of those that were believed to be threatening the divine order would be drawn on papyrus or modeled out of clay. These would then be trampled, burned and stabbed, then the remnants would be dissolved in urine. These ceremonies also allowed for any human enemies of the Pharaoh to be drawn and cursed as well.

During the reign of Ramesses III, a group of priests, harem girls, and courtiers decided to use a book of destructive spells against the king and his bodyguards. The harem girls were able to get the needed hair to place on the figurines in order to improve the power of the spells. However, the plot failed to bring down the king and all those involved were condemned to death. Proving that either magic was not as powerful as the Egyptians believed or that magic could not be used against the one the gods had chosen to rule.

History Collection – Greek and Roman Trials for Magic and Witchcraft