Today In History: Casca And Cassius Decide Mark Antony Will Be Spared From Assassination (44 BC) 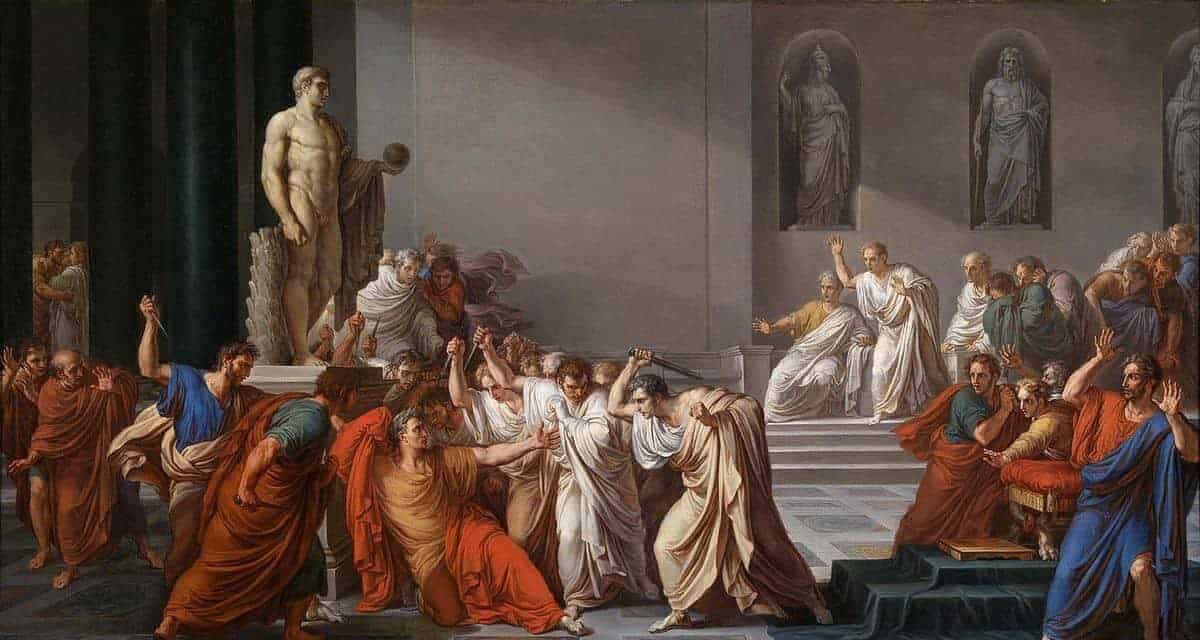 Today In History: Casca And Cassius Decide Mark Antony Will Be Spared From Assassination (44 BC)

On this day in 44 BC, Servilius Casca and senator Gaius Cassius decide, before the assassination of Julius Caesar, that Mark Antony should live. The choice will later prove to be regrettable as it sets the stage for both of their downfalls. After the successful slaying of Caesar, Antony swiftly seizes power and eventually joins the Roman public who are vehemently against both Casca and Cassius.

Background: Why The Plot Was Considered

The political landscape preceding the crime was bubbling with tension. Concern over Caesar having too much power radiated throughout the Senate. Recent reforms had just been enacted that centralized political power until it began to fit only Caesar’s plans. Further accenting what looked like tyrannical intentions, Caesar was made Dictator For Life, giving him full authority over military emergencies, while at the same time narrowing veto opportunities through democratic elections. Crafted into the law were measures that prevented a full-on dictatorship from manifesting, but this was not enough to ease the minds of the senatorial aristocracy.

After Caesar returned from a number of successful battles, the Senate had been severely depleted. Caesar used his authority to fix the shortfall by appointing new members. The move seemed reasonable, except all of those who he appointed were his loyal partisan members. This was disastrous. It upset any voting opposition, effectively making Senate positions outside the partisan circle virtually, if not entirely, impotent.

To Be Or Not To Be: Mark Antony’s Fate

A group of around sixty senators began plotting for a way to stop Caesar from further seizing power and entirely derailing the democracy and turning it into a full-fledged dictatorship. This eventually gave birth to an assassination plot. Antony was originally slotted to be killed alongside Caesar. One of the plot’s masterminds, Marcus Junius Brutus argued the focus was Caesar, no one but him should be killed.

Not everyone in the Senate agreed with him. However, they considered that if they limited the assassination to Caesar alone, the public might forgive them. Killing many people might resemble something closer to a coup-d’etat motivated by greed than a desperate move to save Rome from tyranny. Senators involved in the plot referred to themselves as “liberators.” Eventually, all the senators, including Cassius and Casca, agreed that Marc Antony would be spared.

There also existed speculation over relations between Antony and Julius Caesar. It was known they were once close allies but had drifted apart. To what degree was anyone’s guess. Brutus may have wrongly anticipated that the assassination would come as a relief for Antony. After the event, Antony threaten to bring those involved down, and he eventually did.