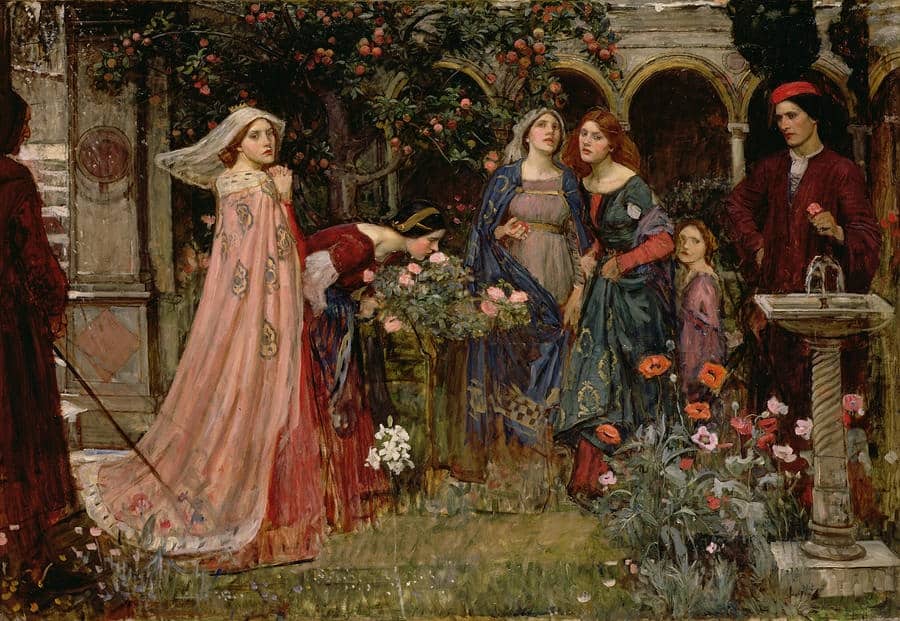 30. The Forme of Cury was one of the earliest English cookbooks

In the late 14th century, a cookbook was written in scroll form by the “Cooks of Richard II”. While not the oldest collection of recipes written in English (Middle English) it is the oldest yet discovered to mention the use of olive oil. Its heavy use of one ingredient – sugar – suggests that although it includes common dishes, it was meant solely for the use of the wealthy. That view is supported by its inclusion in its recipes of several what were then extremely rare spices, including the first mention in English of cloves and mace. There are also recipes for pasta, vinaigrette, and several vegetable dishes, indicating the influence of Mediterranean cooking had by then reached England, at least among its wealthiest classes.

There are also recipes which indicate the lengths people would go to for comestibles. There are recipes for whale meat, porpoises, and seals. The cooking of cranes and curlews, both water birds, prepared with a stuffing which included other creatures of the sea, were included. The work contains a statement by the author that the recipes were intended to guide the preparation of “Common pottages and common meats for the household, as they should be made, craftily and wholesomely”. It also contains a claim by the author that special dishes for banquets were included. It did not separate the two categories. The preparation of sculptures and decorative displays was also covered, which were often carried to the table by servants as an indication to guests that the meal, possibly of porpoise and beaver tail, was about to be served.

“A Brief History of Honey”. Article, The Honey Association. Online

“Out of the East: Spices and the Medieval Imagination”. Paul Freedman. 2008

“The History of Food”. Maguelonne Toussant-Samat. 2009

“The Art of Cookery in the Middle Ages”. Terence Scully. 1995

“A History of Western Eating Utensils, From the Scandalous Fork to the Incredible Spork”. Lisa Bramen, Smithsonian.com July 31, 2009

“The Forme of Cury”. Text at the British Library. Online