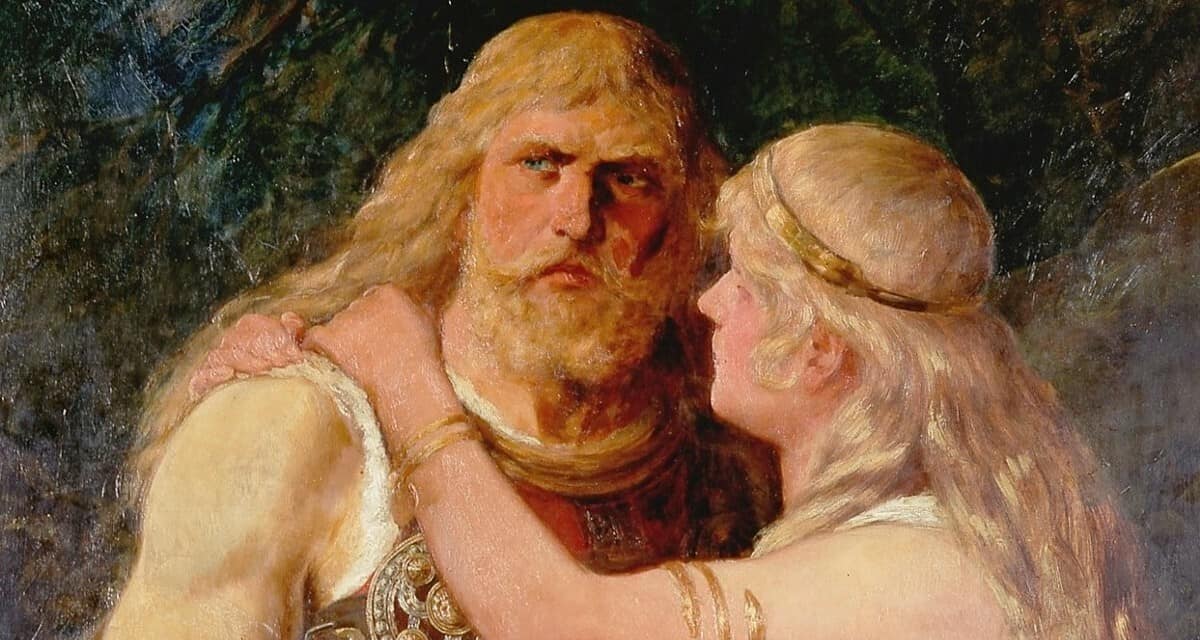 Homosexuality for men was… complicated

Pre-Christian Norse views on homosexuality weren’t simple. While Viking cultures seemed to be accepting of physical relationships between two men, it was more complicated. Men were still expected to marry women. There was never a way out of that which did not result in social ostracism. But when married, a wife was expected to ignore any extramarital affairs her husband entertained, whether it be with men or women. But intimacy with a wife was always a must – mostly to procure children. Of course, we’ll talk a bit more about how a woman had legal grounds to divorce her husband if she was not satisfied in bed. So other than not being able to marry a male counterpart, it sounds like it was pretty open, right? This is where it gets even more complicated.

Viking men were known to violate both men and women as a ways to degrade and demean them during raiding trips. It was common practice. So penetrating a man was fairly common. However, it was considered extremely shameful if you were on the receiving end of that action. One of the worst insults an enemy could hurl at a Norse man was “sordinn” (penetrated). Any man branded as such would fight until a fatal end to defend his honor. These conflicts led to Scandinavian law codes making such types of insult illegal because of the violence that ensued with the slanderer often outlawed. However, if such abuse was believed or proven, it had grave consequences for the man in question. Although Norse myths tell of gods such as Loki and even Odin taking on a submissive role during intimacy., Norse mortal society did not tolerate passivity in men. The man in question would become a social outcast, branded â€˜ergi”-or unmanly.’

But it was also complicated for women who loved other women

While there are many people who like to think of the “butch” warrior lesbian Viking, we’re afraid to tell you that we don’t have any documentation of these figures. There is no mention of lesbianism in the sagas. Though many scholars believe that it was a fairly common practice among married women. Nor are there any references in other Old Norse texts to female on female relationships, so we cannot gauge pre-Christian attitudes to female homosexuality. However, Icelandic Christian law suggests lesbianism did occur in Norse society. In the 12th century, Bishop Porlakr Porhallson decreed “if women satisfy each other they shall be ordered the same penance as men who perform the most hideous adultery between them or with a quadruped.” So there was an obvious distaste and intolerance on it in later Viking culture.

Christie Ward, an independent scholar and expert in Norse mythology pointed out that many Vikings used to have relationships with multiple women. A Viking married one woman, but created a harem-like structure in his own house, having concubines from inferior social classes. A Viking’s wife then could develop a bond with other women under her roof. A bond which involved intercourse in many instances. There was a high tolerance for these types of relationships. A Viking’s wife, in fact, was more independent if compared to women in other societies of the time. She was in charge of the house from a financial point of view and could even decide to divorce her husband. There are also indications that Vikings practiced polygamy, which in their highly stratified society would have meant that poorer unmarried men might have had limited access to women, and would have targeted female slaves as concubines (or even wives).