The Soyuz 11 Space Capsule Landed Safely On Earth... But Everyone Inside Was Dead 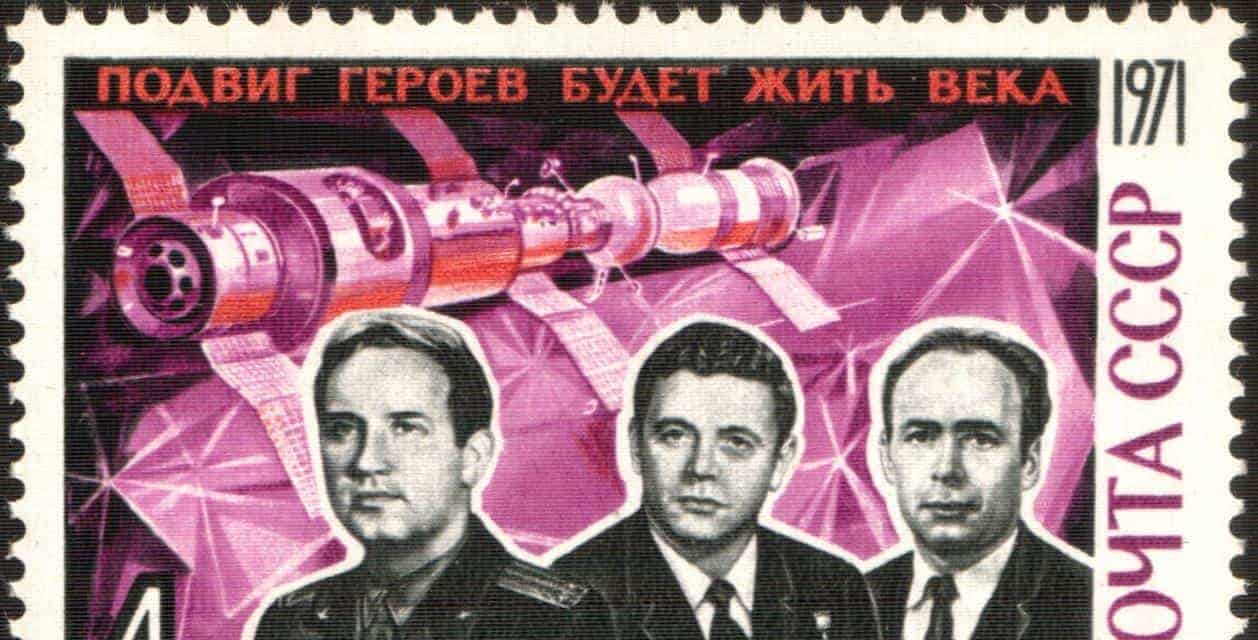 On June 30, 1971, the Soviet Soyuz 11 Capsule was preparing to return to Earth from a docking mission with a space station in Orbit. As the capsule rocketed through the atmosphere, the intense friction created waves of electrically-charged plasma. Light filled the viewing ports of the shuttle as the heat built up around the capsule. But this was a normal, if possibly terrifying, part of re-entry. In fact, the re-entry seemed to go off without a hitch, with Soyuz 11 touching down safely in Kazakhstan. And when the recovery team arrived, there was no sign that anything was wrong. But inside the shuttle, the three cosmonauts were dead.

The crew was still seated in the capsule, with no obvious sign of what happened. None had been incinerated by the electrical fires that had claimed the life of a Soviet cosmonaut a decade before. Nor had the parachute failed to open and sent the capsule into a devastating crash at high speed, which had been the fate of the Soyuz I mission four years earlier. It was almost as if the crew had been smothered by some cosmic hand. Once again, the Soyuz program had claimed the lives of brave cosmonauts.

The Soyuz, or “Union” in Russian, program began in the early 1960s. It was the height of the Space Race, and up to now, the Soviets were winning. They had scored an early victory by launching the first satellite, Sputnik 1, into orbit in 1957. The Sputnik launch created a mixed reaction in America. Many were torn between wonder at the progress of human technology, and a knee-jerk fear of the potential power of the communist Soviet Union. Sputnik seemed to prove that the Soviets were beginning to gain a technological edge in the Cold War.

One economist summed up the fear in the New York Herald Tribune, writing, “While we devote our industrial and technological power to producing new model automobiles and more gadgets, the Soviet Union is conquering space… America is worried. It should be.” Not only had the Soviets beaten America to space, but there were concerns that the Soviet satellites could be repurposed to spy on the US. To calm the fears of the public, the American government televised the launch of its own satellite, Vanguard TV3, in December, something they probably regretted when Vanguard exploded on the launchpad.

In response to these national humiliations, the US founded NASA in 1958. But in 1961, the Soviets beat the Americans yet again by putting the first human, Yuri Gagarin, in space. One month later, President Kennedy declared that the US should devote all the resources necessary to beat the Soviets to the moon. The Americans turned their Apollo Program to putting men on the moon. Meanwhile, the Soviets began the Soyuz program with the same goal. The space race was now a contest to reach the moon. And from the first mission, the Soyuz program would prove how deadly the race would be.

The same year that Kennedy promised to reach the moon, the Soviet leadership pledged that not only would they put a man on the moon, they would construct a permanent base. And Sergei Korolev, the lead Soviet rocket designer, was designing new rockets that he hoped would eventually make the trip to Venus and Mars. But such ambitious plans would also require an entirely new capsule. So, the Soviets created the Soyuz. The basic plan was that the manned capsule could be launched into orbit and then rendezvous with other parts already in orbit to create a craft that could reach the moon.

Soyuz 1, the first manned mission of the Soyuz rocket, was launched in 1967. It was a complex mission. First, the capsule would be launched into orbit, where it would rendezvous with another Soyuz capsule, so that crew and supplies could be exchanged. But the launch was plagued with technical problems from the beginning. Before the launch, Soviet engineers approached their superiors with over 100 different design problems with the Soyuz 1. But with Lenin’s birthday coming up, the Soviets wanted to launch a series of commemorative space launches. The problems with the capsule were ignored. This proved to be a deadly mistake.

Vladimir Komarov was selected to pilot the ship into orbit. National hero Yuri Gagarin was tapped as the backup pilot. Gagarin, who knew about the technical problems and thought there was a good chance that the ship would fail, tried to get Komarov bumped from the flight. He thought that the Soviet leaders wouldn’t risk the life of the first man in space and cancel the flight. But Komarov, not wanting to risk Gagarin’s life, insisted that he be allowed to carry out the mission. The flight took place on April 23, with Komarov on board.

Once in orbit, the reason for the engineers’ concerns became obvious. A solar panel failed to deploy, cutting off much of the power to the capsule. The second mission, which would have helped fix the problem, was called off due to the weather. Mission control decided to abort the mission and ordered Komarov to bring the ship back to earth. As the shuttle came back to Earth, Komarov began to deploy the parachutes that would slow the shuttle down. The main parachute, however, failed to deploy, leaving the ship plummeting to the ground at a dangerous speed. Komarov then deployed the reserve chute, but it got tangled up in the other parachutes immediately.

As the ship plummeted to the ground at almost full speed, US listening posts in Turkey picked up Komarov’s voice, cursing the politicians who had put him in a doomed ship. The capsule hit the ground, and the thrusters fired, instantly engulfing the flames. By the time rescuers got to the ship, it was beginning to melt in the intense heat. The fire extinguishers also failed, which left the rescuers piling dirt onto the ship with shovels to put the fire out. By the time the fire was extinguished, the craft had almost completely disintegrated along with Komarov, leaving only a pile of ashes. But the most deadly tragedy was still to come.

In spite of their early lead, the Soviet space program began losing ground to the US, which was investing around 4% of its GDP in the Space Race. By 1969, the US had won, putting two astronauts on the moon. The Soviets, deciding that the moon program was no longer as important as it used to be, instead focused on establishing a long-term presence in Space with the Salyut 1 space station. The Salyut was the first space station launched into orbit in human history in 1971. But once again, there were problems.

The Salyut relied on rendezvous missions from Earth to refuel. And the Soyuz rockets were repurposed to supply the station. On April 22, 1971, the first resupply mission was launched with the Soyuz 10. The Soyuz 10 managed to reach the space station, but a problem with the ship’s computer meant that they weren’t able to dock with it successfully. The mission had to be abandoned and the Soyuz returned to earth. But once again, the crew ran into problems during re-entry. A malfunction in the air supply began filling the capsule with toxic fumes. And though one of the crew was knocked out by the fumes, the men survived.

But the Salyut was still in orbit and running out of fuel. So, a second mission was planned to resupply the space station. Soyuz 11 launched in June and arrived at the space station safely. This time, the docking was successful, and the crew entered the station. They were immediately greeted with a haze of smoke caused by a malfunction in the ventilation system. After repairing the ventilation, the crew settled in for a 22-day stay. But they immediately noticed design problems with the ship. For instance, the exercise equipment caused the entire station to wobble.

On the 11th day, an electrical fire broke out on the station. But the crew managed to quickly put it out. And after a record-breaking stay in space, the three cosmonauts returned to the Soyuz for the re-entry burn to Earth. But they would never return to Earth alive again. After an apparently normal return to Earth, the crew was found dead. All had dark-blue blotches on their face and trails of blood running from their ears and noses. An autopsy revealed that the three had suffered from a hemorrhage in the brain while still in space.

Their deaths were the result of a malfunction with a ventilation valve, which opened during re-entry. The ship depressurized in moments, exposing the crew to the vacuum of space. Within seconds, they would have been unable to react to the leak. And within minutes, all three were dead. With the death of the crew, further launches were delayed. And the Salyut space station ran out of fuel months later, breaking up on re-entry. Officially, the crewmen are the only people to have ever died in space. The crew was later memorialized on a monument to all fallen astronauts placed on the moon by the Apollo 15 mission, a testament to the martyrs of human progress.