This Day In History: The Russians Launch Sputnik (1957) 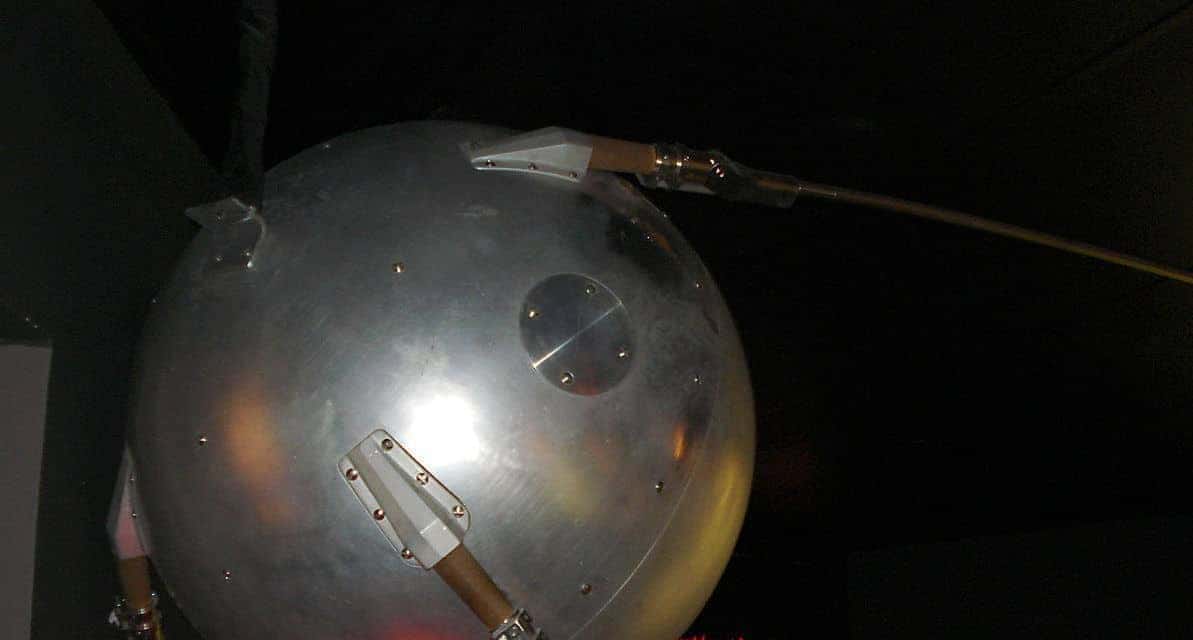 This Day In History: The Russians Launch Sputnik (1957)

On this day in history, the Soviet Union launched the first man-made object into space and in doing so they initiated the space age. The spacecraft known as Sputnik from the Russian word for a satellite was launched at 10.29 local time at a Soviet space centre in Kazakhstan. Sputnik was a small satellite and it only weighed some 180 pounds. Its diameter was only 22 inches. The satellite was able to circle the globe once an hour, but it also managed to orbit the world in as little as 36 minutes. The satellite was able to travel at 18,000 miles an hour and at its farthest point away from the earth was at a distance of 584 miles. Sputnik at its lowest point only flew some 148 miles above the earth. The object could be seen by using binoculars at sunrise and sunset. The satellite was able to transmit radio signals back to the base in Kazakhstan. However, these signals were quite strong and they were able to be picked up by many amateur radio operators. Many radio operators in America could even pick up the signals.

In January 1958, Sputnik’s orbit decreased and as predicted it burned up as it entered the earth’s atmosphere and nothing was left of the world’s first satellite.

The satellite was launched to celebrate the Geophysical Year, a solar period identified as suitable by many eminent scientists. The world was amazed at the launch of the satellite and it was front page news for several days.

The American political and military establishment were terrified by the satellite’s launch. This was the height of the Cold War and many in Washington feared that the Soviet’s could have a technological advantage and this could allow them to attack the United States. Many even feared that the Soviet Union could be able to launch rockets at targets in America from space. The launch of Sputnik caught the intelligence community off-guard and this led many to wonder what else had the Russian’s discovered and what would they do next. The fact that the Communists were the first to send a satellite into space was a serious blow to American prestige.

The Americans were also planning their own satellites. However, Sputnik though small was still bigger than the one’s that the Americans intended to send into space. The first American satellite, Explorer, was sent into space on January 31st, 1958. However, by this date, the Soviets had achieved another first when they send Sputnik 2 into space with a dog, the dog Lika was able to survive in space but died later.

The Soviet stunned America into action and this led to the ‘space race’ between the two countries. The Americans heavily in their space program, especially, during and after the Kennedy administration and eventually were to land the first man on the moon in 1969.