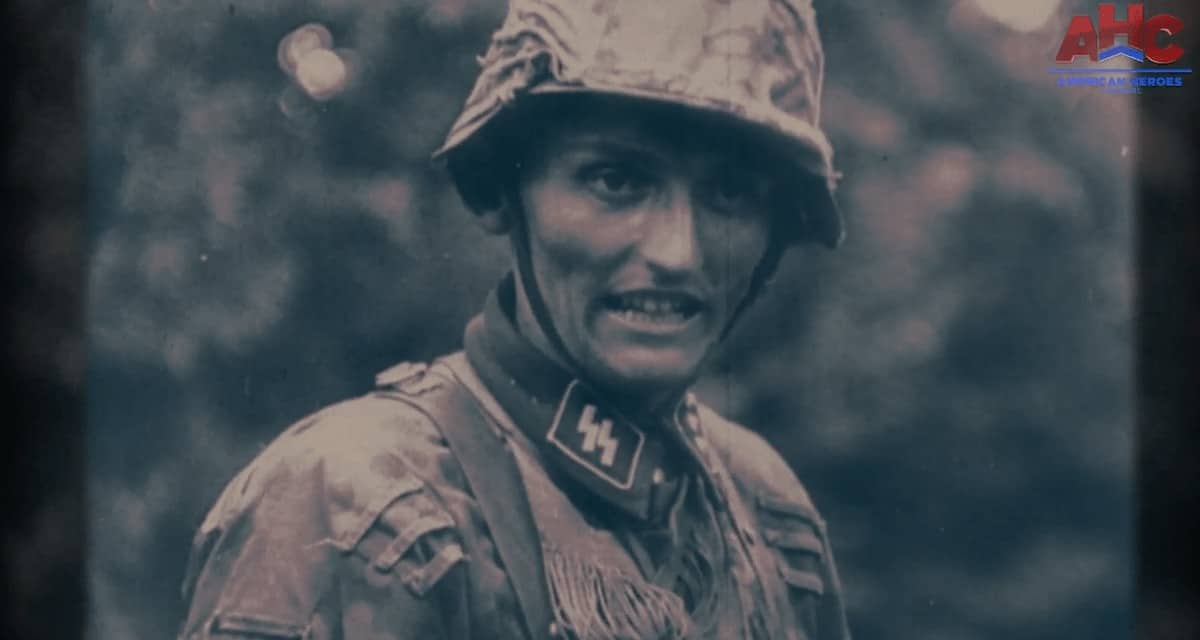 During the 1936 Berlin Olympics, German scientists observed how Benzedrine enhanced American athletes’ performance. After finding these results, they then rushed to come up with their own performance-enhancing drug. A year later, a doctor, Fritz Hauschild had discovered methamphetamines, specifically crystal meth. By 1938, a pharmaceutical company, Temmler, was marketing over-the-counter crystal meth under the brand name Pervitin. It became so ubiquitous that it was marketed to German women in boxes of chocolate, with the recommendation that they take two to three a day to breeze through house chores and lose weight – the drug also suppressed appetite. With Pervitin being such a huge hit with the German public, Germany’s military decided that it wanted a hit as well. After hurried testing, Pervitin was approved for issue to the military and ordered into mass production.

Germany Had a Pretty Tolerant Approach to Drugs

Even before the Nazis gained power in 1933, Germany had a pretty tolerant official policy towards drugs. Before World War I, Germany was the world’s leading chemical giant, and the country’s chemical industry had a de facto global monopoly on drugs whose production required advanced (for that era) chemical expertise and industrial capacity. Germany’s chemical dominance was fueled by collaboration between researchers in German universities and industry – an approach pioneered in 19th century Germany, that has since become common in other countries around the world.

Back in the days when the evils of narcotics and the harmful effects of addiction were not yet fully understood, drugs and their production, sales, marketing, and use, did not carry much of a moral stigma. German chemical research was fueled by the sale of morphine, first distilled from opium by a German chemist in the early 19th century, and patented by Merck not long afterward. Further research on opium, morphine, and their derivatives, led to their inclusion in popular (and over-the-counter) products such as cough suppressants and household pain relievers. The pharmaceutical giant Bayer even got into and made a killing off of heroin, which was legal in Germany until the 1950s.

In short, the German attitudes back then were nothing like today. The widespread tolerance towards drugs was further boosted by WWI and its aftermath. With millions of casualties, many of whom needed drugs for prolonged periods during recovery for pain management, the authorities’ were less concerned with the addictive properties of drugs, and more with their effectiveness as pain relief. As a result, Germany experienced an under-reported but widespread epidemic of hard drug addiction in the 1920s and 1930s, mostly by WWI veterans who got hooked on drugs taken for pain relief, or medical personnel who had easy access to such drugs.

Addiction was so pervasive that even a high-ranking official such as Herman Goering, Hitler’s chief deputy and second in command, was widely known to have a pill habit – developed while recovering from when he got shot during the failed 1923 Beer Hall Putsch – without it generating much controversy. To the extent that addiction was recognized as such, it was perceived as readily curable. Most of the time, however, addiction’s symptoms were wrongly attributed to other conditions or misdiagnosed altogether in accordance with quack pseudoscientific theories that were prevalent at the time.

When the Nazis came to power in 1933, the use of cocaine and heroin, which had become increasingly popular after WWI, went into precipitous decline. The Third Reich attacked those drugs as poisons, deliberately introduced to Germany by Jews as part of a sinister plot to undermine and weaken the Aryan race. However, the attacks against those particular drugs were not indicative of an across-the-board policy against drugs, per se. Heroin and cocaine might have become socially unacceptable in Nazi Germany, but the Nazis were fine with drugs they viewed as performance-enhancing. Chief among those was crystal meth.

The Nazis Were Blitzed While Carrying out the Blitzkrieg

In 1938, a German pharmaceutical company, Temmler, began marketing methamphetamine pills under the brand name Pervitin. A high-ranking army doctor, Otto Freidrich Ranke, saw the newly discovered drug’s potential as a miraculous means to keep tired troops and pilots alert, and to keep the entire German military euphoric. Ranke tested Temmler’s new product on university students, who exhibited a sudden spike in alertness and productivity, despite being short on sleep. Elated, and as ignorant as the rest of Germany’s medical community of narcotics’ harmful side effects, Ranke saw to it that Pervitin was approved for issue to the armed forces, and ordered into mass production.

During the Second World War, Germany’s military issued its men millions of packets of Pervitin – a pill whose effectiveness in keeping the troops alert was compared to drinking strong coffee by the gallon. On top of that, the pill made the worries of Germany’s fighting men disappear and infused them with feelings of happiness and euphoria. Or at least it did so for a few hours before the effects wore or the soldiers popped more pills to keep the high going on for as long as possible. In other words, what with Pervitin basically being crystal meth, the German military spent WWII tweaking.

In the war’s first year, the Germans swept through Poland, Denmark and Norway, the Lowland Countries, and France. The astonishing speed and fury of the blitzkrieg, and reports of “Nazi Super Soldiers”, alarmed observers. The pace and ferocity of the German advance owed much to innovative tactics, that integrated infantry, armor, and air, into a seemingly irresistible juggernaut. However, the Allies could not figure out the inexplicable energy and tirelessness of the German soldiers, who seemed indefatigable, advancing and fighting day and night, with little or no rest.

The reason was crystal meth, or Pervitin, which German troops were encouraged to pop in order to fight fatigue. The packaging read “Alertness Aid“, to be taken “to maintain wakefulness“. It was accompanied by a warning that it should only be used “from time to time“. However, once people start using a drug, it is hard to limit themselves to taking it only “from time to time”. Things got worse when medical authorities realized that the effects of cocaine overlap substantially with those of amphetamines, with the added “benefit” that cocaine produces greater euphoria. So cocaine was added to Pervitin.

The result was an even more addictive drug cocktail. Millions in the German military could not get enough of their crystal meth, and especially not enough of their crystal meth after it got laced with cocaine. Many wrote home, requesting their loved ones to send them Pervitin via military mail. One such was Heinrich Boll, a German postwar author who won the 1972 Nobel Prize for literature. In a May 20th, 1940 letter to his parents, 22-year-old Boll begged them to send him some Pervitin, which he said not only kept him alert but also chased away his worries.

Millions of Pervitin pills were issued prior to launching Operation Barbarossa, the German surprise attack against the Soviet Union. The pills became incredibly popular with the troops, who nicknamed them “tank chocolate“. However, hooking the troops on cocaine-laced crystal meth produced serious problems. The long-term effects were devastating, and short rest periods were inadequate to make up for the long stretches of wakefulness while tweaking. Millions became addicts, with side effects such as sweating, dizziness, depression, hallucinations, and psychotic episodes during which soldiers shot themselves or their comrades. But in the meantime, Nazi soldiers performed feats of stamina and endurance that awed their opponents.

Even as his troops raged across Europe and the Mediterranean basin while tweaking on cocaine-laced crystal meth, the Fuhrer himself became a daily user of Pervitin. That, perhaps, sheds light on some of his inexplicable wartime decisions. As the war progressed, Hitler found it increasingly difficult to even get out of bed in the morning without shots of a drug concoction that included Pervitin. That was thanks in large part to a quack doctor, Theodor Morell, who eased Hitler’s chronic digestive ailments by prescribing him cultures of live bacteria.

The relieved German dictator rewarded Morell by making him his personal physician, and the doctor’s popularity skyrocketed, especially among high-ranking Nazis. That popularity was not due solely to the boost that Morell got from his status as Hitler’s doctor: he routinely treated his patients by injecting them with concoctions of addictive drugs, that had them coming back for more. Herman Goering, himself an all-out drug addict and a copious pill popper, sarcastically referred to doctor Morell as “the Reichmaster of the injections“.

In addition to getting the Fuhrer hooked on crystal meth, via Pervitin, Morell also turned Hitler into a cocaine addict, after the quack prescribed it to soothe the dictator’s sore throat and clear his sinuses. Hitler soon had a compulsion to frequently soothe his throat and clear his sinuses. By 1945, Hitler was a full-blown junkie with rotting teeth, addicted to a bewildering variety of drugs. When his drug supplies ran out in the war’s closing weeks, the Fuhrer suffered all the symptoms of severe withdrawal: delusions, psychosis, paranoia, extreme shaking, and kidney failure.

Pervitin remained popular and readily available in Germany after the war, frequently prescribed by doctors as an antidepressant or as an appetite suppressant, or readily obtainable on the black market. German students – especially medical students – were huge fans of the drug, which they used as a stimulant to help them cram for exams. It was only removed from medical supplies in East Germany in the 1970s, and in West Germany in the 1980s, before finally getting banned outright and declared illegal after German reunification in the 1990s.

Rolling Stone, March 15th, 2017 – Hitler and His Drugs: Inside the Nazis’ Speed Craze