How Adolf Tolkachev Got His Revenge on the Soviet Union? 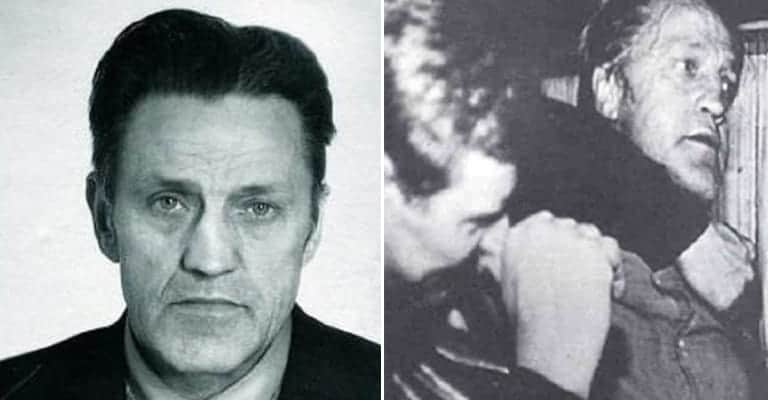 Soviet and Russian leadership, pathologically suspicious of foreigners’ intentions at the best of times, became outright paranoid after the devastating surprise German WWII attack, that came close to ending the USSR once and for all. Although the Soviets managed to survive that one by the skin of their teeth, before clawing their way back up, and on to eventual victory, the experience left an indelible mark. Ever since, throughout the Cold War and into the present, the powers that be in Moscow have feared getting caught off guard by another sudden attack from the West. A sudden attack that might accomplish what the Germans had come so close to pulling off in WWII.

What made such an attack possible – and thus probable, to Moscow’s thinking which assumes that others would naturally do what it would in their shoes – was the technological gap between the USSR and the West. During the Cold War, the Soviets had pulled off some stunning scientific and technological accomplishments, such as the first satellite and animal in space, and the first man and woman to orbit the planet. Nonetheless, as time went by, it became clear that Soviet technology seriously lagged behind that of the West.

A key area in which the Soviets lagged behind was radar technology – specifically, downward-looking radar technology. By the 1970s, they were heavily investing in maneuverable cruise missiles that could fly extremely low to the ground, and thus fly below Soviet radar installations. Likewise, American warplanes were being equipped with advanced avionics features that allowed them to fly beneath Soviet radar. It meant that the US could launch a surprise attack, using low flying cruise missiles and warplanes, to decapitate the Soviets’ command and control, and wreck their ability to retaliate, before anybody knew what had happened.

One way to avoid that was by developing downward-looking radars: radars mounted on Soviet aircraft, that could look down and spot objects moving close to the ground. The problem, however, was that Soviet technology in the 1970s was incapable of producing radars that could do that. Addressing that vulnerability thus became a matter of utmost importance to the Soviets, and one of the key entities tasked with doing so was the Scientific Research Institute for Radio Engineering, which went by its Soviet acronym, NIIR.

NIIR, which later became known as Phazotron and is now Russia’s largest developer of military radars and avionics, had been formed in 1917 to produce aviation instruments. In the 1950s, an electronics engineer named Adolf Tolkachev joined its ranks, just as it was expanding from simple aviation instruments, and into the research and development of sophisticated military radars and complex guidance systems. By the 1970s, Tolkachev had risen to become one of NIIR’s chief designers.

Tolkachev was an unlikely spy. By the 1970s, when he began contemplating the betrayal of his country, he was a middle-aged, successful, and highly respected engineer, who led what was, by Soviet standards, a comfortable and privileged life. Standing about five and a half feet tall, Tolkachev was a quiet figure, who was so reserved that not even his son knew what he did for a living. Yet, beneath the quit reserve lay a seething resentment of the Soviet government, that he traced back to the persecution suffered by his wife’s family. Tolkachev’s wife’ had been raised in an orphanage because her mother had been executed during Stalin’s purges, and her father had been sent to a gulag, to toil for years as a slave laborer, until he was broken in body and spirit.

An Unlikely Spy and an Intelligence Bonanza

Tolkachev wanted revenge against the Soviet regime, and sharing with its enemies the secrets of his military R&D work would seriously stick it to the USSR. However, while the concept of betraying the Soviet Union was simple in theory, the nuts and bolts of just how to go about with that betrayal proved frustratingly difficult. In January of 1977, Tolkachev tried to approach American diplomats in Moscow, so he could get cracking on betraying some of the Soviet Union’s most sensitive military secrets. He got brushed off. He tried again, only to get brushed off again. And again, and again, and again.

Tolkachev had not anticipated that treason could be so fiendishly difficult, but he persisted and kept trying to get the Americans to pay him attention. Finally, after seven attempts at contact and more than a year later, the CIA assigned a Russian-speaking officer to contact the Soviet engineer. It quickly became clear that Uncle Sam had been doing his best to throw away an intelligence bonanza, when Tolkachev provided intelligence data whose value was described as “incalculable” by American experts. Among other things, the US Air Force ended up completely redesigning the electronics of its then-premier fighter, the F-15 Eagle, based on information provided by Tolkachev.

Tolkachev proved to be an enterprising spy, who consistently found ways to get around the stringent security measures at his workplace. Despite strict document access procedures, he routinely managed to check out top-secret documents, and take them home or to other parts of the workplace where he could examine them at leisure, without arousing suspicions. When the spy cameras provided him by the CIA failed, he photographed secret documents with a civilian camera. And his production was copious: one time, he gave his handler over 150 rolls of film, and on another occasion, over 200 rolls. All in all, Tolkachev’s information put the US in a position to dominate the skies in case of war, and confirmed that Soviet air defenses were vulnerable to low flying American missiles and warplanes.

At first, Tolkachev refused any payment, insisting that he was doing what he was doing for the principle of the thing, and to get back at and undermine his government, which he detested. He also feared that money would be too noticeable and draw suspicion. However, he accepted as gifts for his son some items that were hard to come by in the USSR, such as music records and art supplies. Eventually, he accepted some small payments to bribe any colleagues who might discover what he was up to. He was also careful about what he was doing, and refused to follow the CIA’s standard spycraft, which he viewed as counterproductive, and likely to give him away. So he declined to use radios, or work through dead drops – delivering intelligence to a secret location for a handler to pick later – insisting instead on delivering his goods in face-to-face meetings.

The unmasking of Tolkachev began with Edward Lee Howard. A former Peace Corps volunteer, Howard went on to earn a master’s degree in business administration, before getting hired by USAID in 1976. He joined the CIA in 1980, but revelations of past drug use derailed his career, and he was eventually fired in 1983. Disgruntled, he contacted the KGB and began spilling secrets, before finally defecting to the Soviets in 1985. Among the secrets, he spilled was information that put the KGB on Tolkachev’s trail.

More devastating to Tolkachev was Aldrich Ames. The son of a CIA analyst, Ames’ connections got him into the CIA in 1962. Despite heavy drinking, drunken run-ins with the police, drunken brawls in public with foreign diplomats, as well as sloppiness that once led him to forget secret documents in an NYC subway car, Ames rose steadily within the CIA’s ranks. After recruiting Soviet spies in Turkey in the 1960s, he returned to the US in the 1970s, then was posted to Mexico in the early 1980s, where he met his second wife, Maria del Rosario, a Colombian whom he had recruited. They wed in 1985, and that same year, the couple began selling secrets to the KGB.

No alarm bells were raised for years, and it was not until 1993 that Ames’ employers took a serious look at his finances and activities. In the meantime, Ames had passed two polygraphs while he was spying. He needed no high-tech means or complicated Oceans Eleven-type capers to smuggle out secrets. Ames simply stuffed whatever documents he wanted to give his handlers in his briefcase or in trash bags, and brazenly carried them out of the CIA headquarters at the end of the workday, with nobody questioning him.

By the time Ames was finally unmasked, nearly a decade later, he had revealed to the Soviets and Russians the identity of every CIA spy operating in their country. As a result, at least 12 CIA spies within the Soviet Union were captured, of whom 10 were subsequently executed. They included Adolf Tolkachev, who was arrested by the KGB in 1985. He was tried and convicted, and executed the following year. As to Ames, after his arrest in 1994, he cut a deal with prosecutors that spared him the death penalty, and ensured that his wife got no more than a five-year sentence. Ames is currently serving a life sentence without the possibility of parole.