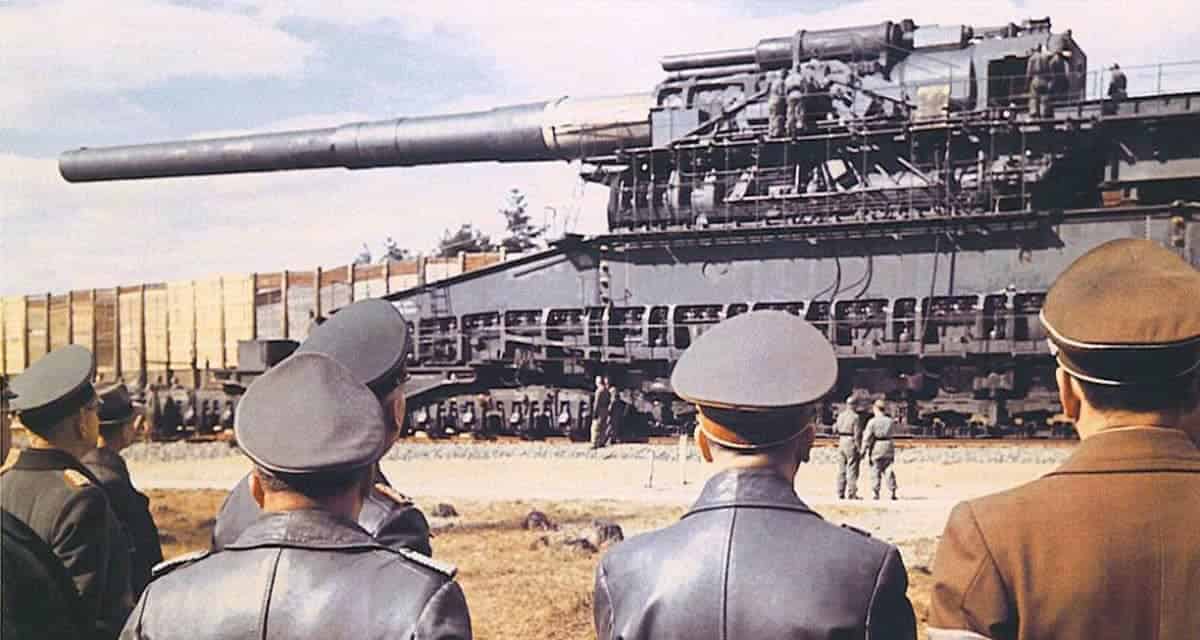 In January 1942, British research scientist Dr. Paul Fildes wrote to the Singer Sewing Machine company asking for needle samples. These needles were, quite unlike their usual use, intended for a weapon. Singer responded that they were quite willing to help. The British were working to develop a poison dart bomb, armed with thousands of tiny, needle-nosed darts. Each dart would weigh only .15 ounces, and be armed with a lethal poison, designed to kill quickly and efficiently. A single 500 lb. cluster bomb would contain some 30,000 darts.

The planned poison darts would each contain a small amount of poison, sealed in a hollow needle with a cotton and wax seal. When the needle, moving rapidly, struck the target, the seal or inertia plug would force the toxin into the target. Each needle would have a paper tail to keep it flying straight. Once a person was struck by the dart, if it was not removed within seconds, it would lead to collapse within just a few minutes, and death within 30 minutes. Material on the poison dart bomb has been declassified recently; while it’s been suggested these were to be armed with mustard gas, sarin seems much more likely. Mustard gas requires too large a dose for lethality, while sarin is lethal in much smaller amounts.

Field trials were attempted in Canada using sheep and goats. The poison darts were a planned replacement for weapons used in trench warfare, like mustard gas in World War I, as well as in open field combat.

While the idea was not a bad one, research into the poison dart bomb ceased for a simple reason; taking cover provided complete protection from the poison darts. In order to cause death, the darts had to reach their target. The poison dart bomb was also economically inefficient, costing far more than it was worth to produce.

Project Habbakuk was the name given to a British project to design a very new sort of aircraft carrier. Faced with limited access to steel and aluminum, a scientist named Geoffrey Pyke proposed a quite different idea. He suggested building an aircraft carrier from ice; the material could withstand torpedo fire, and was available at a much lower cost. In addition, it was naturally buoyant, and durable in cold temperatures. Ice alone was too fragile, but when a small amount of wood pulp was imbedded into the ice, it became quite bulletproof. This mixture of ice and wood pulp is called pykrete.

With the support of Winston Churchill, active work and testing began. They soon determined that refrigerant would be necessary to maintain adequately cold temperatures to keep the pykrete stable; however, they also found that a very small engine could adequately cool the pykrete. A 30-foot by 60-foot small test model was produced and set into the waters of Lake Alberta, Canada. The pykrete vessel had a few distinct drawbacks. It was, even with a large rudder, difficult to steer, and it was very slow, resembling more of a floating island than a ship. Work on the project was eventually abandoned, but the test ship took three full years to melt completely in Lake Alberta.

Although it was abandoned, Project Habbakuk was not a failure. In fact, the tests were successful. Unfortunately, the ship still required funds, wood pulp, and steel, and these were not adequately available. In addition, over the course of the war, the flying range of aircraft had increased, reducing the overall need for this sort of floating island-ship of ice.

Experiments continue with pykrete in cold climates. Engineering students have attempted to build domes, and even a model of the Sagrada Cathedral using pykrete; however, few practical uses have been found for the material, given its need for stable, cold temperatures.

The Schwerer Gustav or Heavy Gustav was a large-scale piece of siege artillery developed in Germany beginning in the late 1930s. Adolf Hitler was, at the time, looking for a solution that could defeat the French Maginot line, along the French-German and French-Italian borders. The Maginot line was a 1,500 km-long defensive wall, made up of tanks, concrete fortifications, and machine gun nests. Hitler recruited a German company, the Friedrich Krupp A.G. Company of Essen, to build a weapon that could defeat the Maginot line.

Two years later, in 1941, the Friedrich Krupp A.G. company completed the Gustav Gun, named after the head of the Krupp family. The railway-mounted weapon was the largest gun ever built. Fully assembled, it weighed in at 1,344 tons, was four-stories tall, 20-feet wide, and 140-feet long. It required a 500 man crew to operate it, and had to be moved to be fully disassembled, as the railroad tracks could not bear its weight in transit. It required 54 hours to assemble and prepare for firing.

The bore diameter was just under 3-feet and required 3,000 pounds of smokeless powder charge to fire two different projectiles. The first was a 10,584 pound high explosive shell that could produce a crater 30-feet in diameter. The other was a 16,540 pound concrete-piercing shell, capable of punching through 264 feet of concrete. Both projectiles could be shot, with relatively correct aim, from more than 20 miles away.

The Gustav Gun was used in Sevastopol in the Soviet Union during Operation Barbarossa and destroyed various targets, including a munitions facility in the bay. It was also briefly used during the Warsaw Uprising in Poland. The Gustav Gun was captured by the Allies before the end of World War II and dismantled for scrap. The second massive rail gun, the Dora, was disabled to keep it from falling into Soviet hands near the end of the War.