Rome's Ghost Soldiers: What Happened To The Ninth Legion? 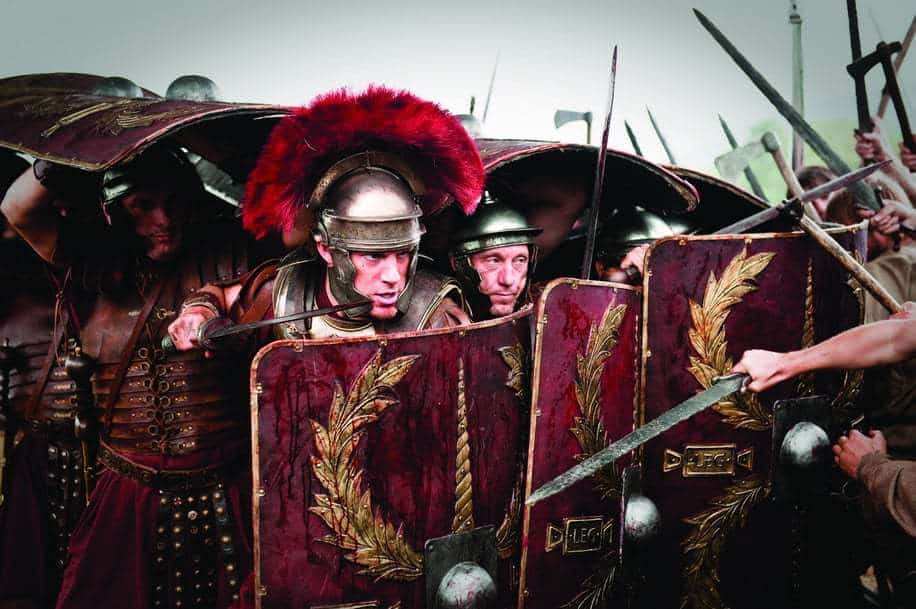 Rome’s Ghost Soldiers: What Happened To The Ninth Legion?

Legio IX Hispania, or the Spanish Ninth Legion, stamped its name in history when it apparently disappeared off the face of the earth in the 2nd century AD. Various theories surround the fate of the Ninth, which vanished from Roman records after AD 120. The exact year of the disappearance is unknown although some historians suggest annihilation in Britain in AD 108.

Even the origin of the Legion is uncertain. There was a Ninth Legion in action during the Social War’s siege of Asculum in 90 BC. Pompey had a Ninth Legion with him in Hispania in 65 BC, and Julius Caesar inherited it as governor of Cisalpine Gaul in 58 BC. It became one of Rome’s most feared fighting units, and participated in every major Roman conflict including the Gallic Wars, the Civil War, and the fight between Octavian and Mark Antony.

Once Octavian seized power, he sent the Ninth to Hispania to deal with the Cantabrians. The group fought during the Roman invasion of Britain (beginning in AD 43) and won several important battles before suffering a heavy defeat at the Battle of Camulodunum in AD 61. Queen Boudicca’s army destroyed over half the 5,000 man legion in what was known as the Massacre of the Ninth.

Reinforcements arrived and moved north, where they built the fortress Eboracum in modern day York. An invasion of Caledonia (Scotland) in AD 82-83 nearly ended in disaster as the Scots ambushed them but the Legion fought off their assailants. The last definitive mention of the Ninth Legion was from AD 108 when it helped rebuild the fortress at Eboracum.

Was The Ninth Obliterated Outside Britain?

Some modern historians dispute the notion that the Ninth died in Britain. One suggestion is that the group was transferred to the Rhine valley before drifting into obscurity. Certainly, this outcome would not be unusual for Roman legions at the time.

Archaeologists found inscriptions relating to the Ninth Legion in Nijmegen, Netherlands. The discovery included tile stamps dated to AD 120 and a bronze pendant with silver plating with the inscription â€˜LEG HISP IX’ at the back. This suggests that the Ninth did leave Britain, but historians can’t agree on whether it was the entire unit or just a detachment. Those who oppose the idea of the Ninth leaving Britain say the Nijmegen evidence dated to the 80s AD when squads were fighting Germanic tribes on the Rhine.

There is no mention of Legio IX Hispania in two lists of Roman legions dated from AD 197. We can, therefore, deduce that the group vanished between AD 108 and AD 197. Those who believe the Nijmegen evidence offer a couple of theories which are discussed on the next page.

This revolt began in Judea in AD 132, and the Romans did suffer substantial losses during the conflict. If you believe the Nijmegen evidence, the Ninth would have left the area in around AD 130 and was perhaps dispatched to Judea to deal with the rebellion, but suffered heavy losses. Legion XXII Deiotariana was in Judea; while it is possible that both legions were destroyed, it would rank as the biggest Roman military disaster in over 100 years, and would surely be better documented.

According to Cassius Dio, a Parthian army killed an unnamed Roman legion in Armenia. The pair of legions permanently stationed in the region survived until the 3rd century, so neither unit was involved. The theory is that the Ninth was the destroyed army but there isn’t a shred of evidence to suggest it was in the East at that time.

Aside from the Nijmegen evidence which appears flimsy at best, there is nothing else to suggest the Ninth ever left Britain. During the reign of Hadrian (AD 117-138), huge numbers of Roman soldiers died in Britain. Although the full extent of the losses is unknown, chronicles from the 3rd century suggested the British couldn’t be kept under control by the Romans when Hadrian took the throne.

A tombstone from Italy tells us that 3,000 men were sent to the island as reinforcements and Hadrian visited Britain himself with the Sixth Legion. These soldiers immediately went to York which says that the Ninth suffered substantial losses. Remember, the Ninth Legion was the most northerly and exposed of the Roman fighting units. As a result, it isn’t a surprise to learn that its destruction in Britain was its likeliest fate.

With the province in chaos and the Romans always bombarded with rebels, it isn’t difficult to imagine that the Ninth was gradually worn down and eventually destroyed over the course of a few years. It is extremely unlikely that the legion could survive until the 160s AD without any records. The Nijmegen stamps are the only evidence and are riddled with flaws. The tile marks are more likely to date to the 80s AD.

The problems faced by the Ninth possibly led to a decision that changed the course of history. When Hadrian visited Britain and witnessed the situation faced by his men, he realized that the construction of a wall was the best way to gain a level of stability. As well as keeping invaders out, the wall prevented insurgents from gaining support up north. From this point onwards, the cultures on either side of the barrier developed in very different ways and varying rates.

Although we’ll never know the fate of Legio IX Hispania for sure, evidence suggests it perished in Britain. As a result, the legacy of the lost legion is the creation of a permanent border that has divided the island ever since. The loss of the Ninth possibly led to the origins of what became the independent kingdoms of Scotland and England.