Rolling With the Pigs: The Top 6 Corrupt Politicians in US History 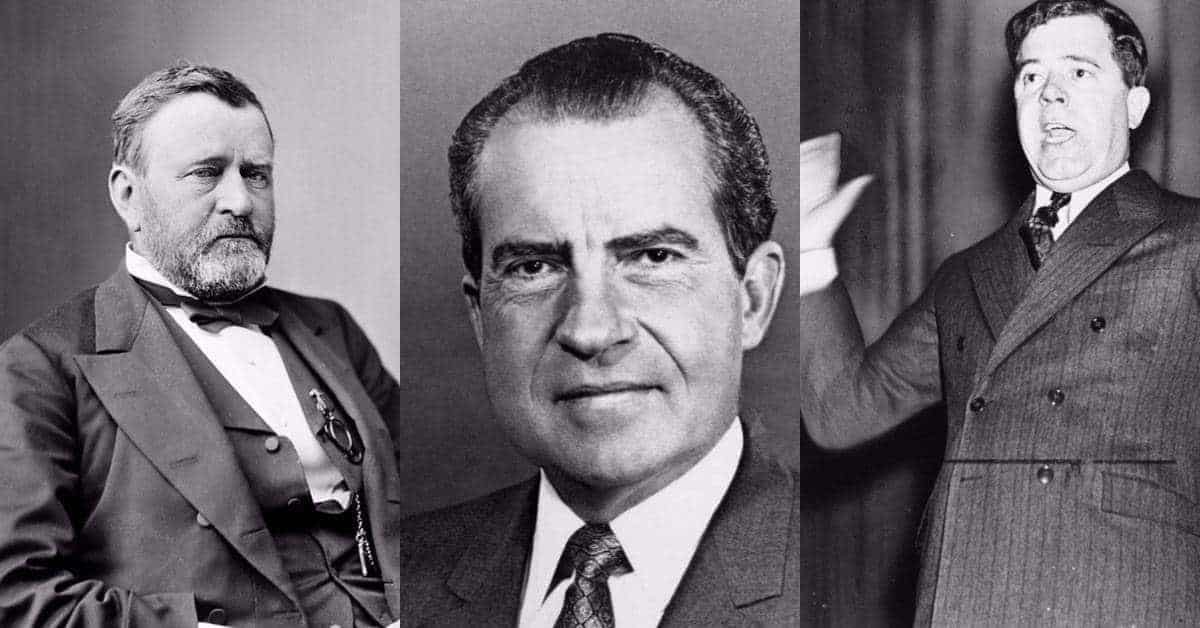 Rolling With the Pigs: The Top 6 Corrupt Politicians in US History

Ray Blanton was the Governor of Tennessee starting in 1974. He won a very close election against a Republican who likely would have won if the entire Republican party hadn’t been tarnished by Richard Nixon’s Watergate Scandal.

Blanton was just a bad guy. His largest crime, and the one that removed him from office was the selling of pardons and liquor licenses, but his entire term was filled with supposed scandals. He accepted a very controversial $20,000 per year pay raise at time when the state was going through financial difficulties, he often took political and non-political friends on trips using state funds, and his aides and appointees often used state funds for bar tabs, limousine rentals and other extravagant purchases.

The biggest scandal, however, that Blanton took part in was the buying of pardons for convicted criminals, many of whom were in jail for the most terrible of crimes. One of the people Blanton pardoned was in jail after being convicted of murdering his ex-wife and her male companion. While signing that particular pardon, Blanton told his Secretary of State “this takes guts.” Gentry Crowell, Blanton’s Secretary of State, replied “some people have more guts than brains.”

In the end, Blanton tried to pardon 52 state prisoners, of which 20 of them were convicted murders. Some of them were related to Blanton supporters, others had the money to bribe Blanton for their release.

By that time the FBI was highly interested in Ray Blanton and his administration. In mid-December 1978 they had already started their investigation by raiding the office of Blanton’s top advisor, T. Edward Sisk. Sisk and two other Blanton advisors were arrested the same day, but Blanton stayed in office.

When several within the Tennessee government got wind that Blanton was looking to actually perform more pardons, they started to look for a way to remove him from office (this was at the end of his term, so impeachment was unlikely as it would have taken too long).

What they ended up doing was inaugurating the next governor three days early in order to prevent Blanton from proceeding with even more pardons.

So what happened to Blanton? Well, he was never officially charged with the crime of pardoning so many criminals, but he did spend 22 months in jail for mail fraud and conspiracy.

The term corrupt is controversial when it comes to politicians because one man’s corruption is another man’s patriotism (in some cases, anyways). Huey Long was the poor man’s man, or at least that is what he proclaimed himself to be, His motto was “Every man, a king.”

In some ways, Huey Long may be the most controversial politician to take office in the 20th century. He was elected as a Democrat to the governorship of Louisiana in 1928, and held the office until 1932 when he took a seat in the United States Senate. While governor, Long was heralded as a hero to some, while others considered him a dictator and a threat to the country. Granted, a lot of people would be thinking that about Franklin D. Roosevelt over the next decade as well.

The issue for Long was income inequality. This was a huge deal in those days because of the Great Depression, which kicked off a year into Long’s governorship. During his tenure, Long sought to redistribute wealth, and would do so through any means, including a vast network of ‘cronies’ he helped into positions of power through political patronage. He also used threats and bribes to beat his wealthy and entrenched rivals. While he was elected to the Senate in 1930, he wouldn’t take his seat until 1932, after his term as governor was over.

A year into his term as governor, the Louisiana legislature tried to impeach him, charging him with corruption, bribery and ‘blasphemy’. The Louisiana House passed several of the charges, and passed the proceedings off to the Senate, but Long was able to get one-third of the Senate to sign a commitment to vote against any charges regardless of any evidence. In return for their vote, they were given state jobs or cash. The debate in both houses of State Congress was heated, often leading to brawls on the House Floor.

There are also other ways the Huey Long was corrupt. He sought to pass an extravagant tax on newspapers that published articles that went against him and he intimidated his opponents by threatening their relatives who worked in state government.

Outside of his political corruption, his personality often rubbed people the wrong way, and he was kind of a jerk. At one party in 1933, he urinated on the trousers of a fellow guest, who then punched him in the eye.

His efforts to redistribute wealth, while protecting his political base and economic power, led to a lot of enemies. Through vast public works projects and high taxes on the wealthy, he changed Louisiana’s political landscape. His actions caught up to him on September 8, 1935 when he was assassinated by the son of one his long-time political rivals. He died September 10.