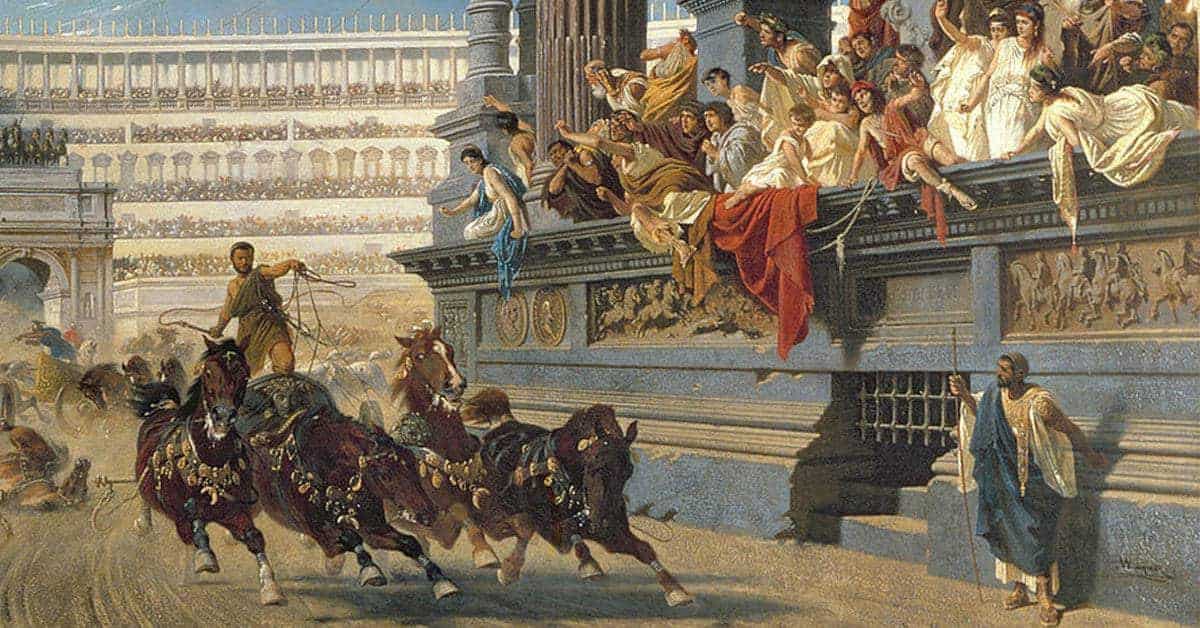 Narses, as a eunuch, had few ties outside of the royal family, and so could be trusted to enact Justinian’s plans; this trust was a reason why eunuchs often rose to advisory positions throughout antiquity. Narses was given money to bribe the leaders of the Blues. On meeting with the Blue leaders, Narses reminded them that Justinian had always been a fan of their team, and the proposed usurper, Hypatius, was a member of the greens. The Blues were swayed by sound reasoning, not to mention the copious amounts of gold.

The next day, as riots continued and the leaders gathered in the Hippodrome to discuss plans, Belisarius and Mundus secretly marched the most loyal men they could assemble from the army around the massive arena. Suddenly, in the middle of discussions, the members of the Blues marched out of the stadium.

The members of the Greens and the other rioters barely had time to be confused by this before Belisarius and Mundus swarmed through every possible entrance. The rioters were given no chance to negotiate or prepare for battle. Though many did have weapons of some sort after days of riots, they were no match for armored soldiers with iron discipline.

Tens of thousands were killed in the slaughter. The rebels could only run up the stairs to escape the swords but those who did could only leap to their deaths from the top of the stadium. The royal family surely heard the slaughter and Justinian would have to live with those sounds for the rest of his reign.

30,000 civilians, and likely a few soldiers, were killed and the riots were completely stopped. Hypatius was captured and initially, Justinian had wanted to pardon or simply exile him especially as Hypatius seems to have been an unwilling claimant and simply the crowd’s choice. Again, Theodora stepped in and urged Justinian to execute him. A violent move, it would be a bold statement to the people and officially close the matter of rebellion in the eyes of the surviving populace.

After the riots, Justinian could focus on achieving his goals. While he did nearly bankrupt the empire between his buildings, conquests in the west and tributes to the east, he set the Byzantine Empire up to be a fixture of the middle ages. The iconic Hagia Sophia, still a marvel in modern Istanbul, was built from the ashes of the Nika fires. Theodora also made her mark on history, an uncommon feat for a medieval woman, and the riots were far from the only time she appears in the histories.

WBUR – Violence, Sex and Chariot Racing: The Story of The Nika Riots

History Collection – The Glorious Rise and Brutal Fall of Constantinople