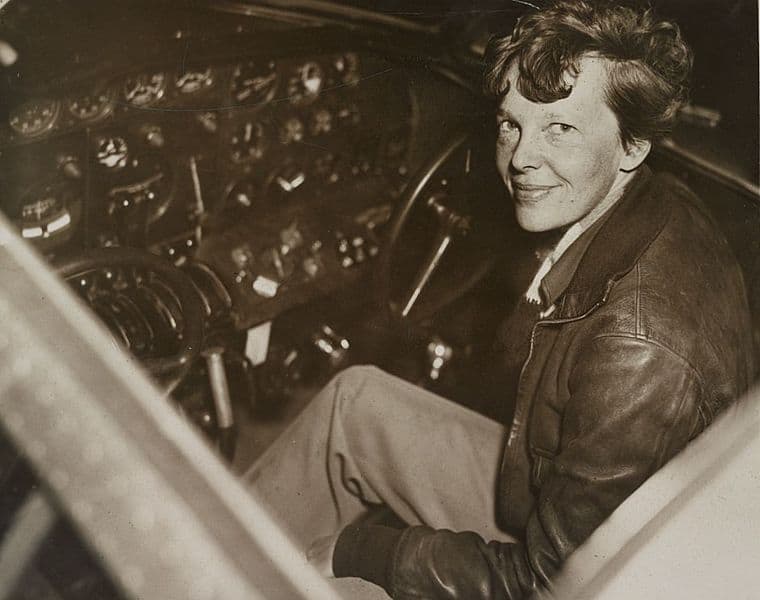 20. Earhart has eluded history for more than eight decades

On January 5, 1939, at the behest of Earhart’s husband George Putnam, the courts declared Amelia Earhart legally dead. Putnam needed the decision (which waived a seven-year missing rule) in order to manage her estate. Later that year World War II began in Europe, and the Earhart mystery faded from public consciousness. Following the war, largely fed by the reports of returning servicemen in the Pacific of knowledge of Earhart’s fate, it resumed. Much of the new speculation derived from the perceived involvement of the Japanese in her fate. In the 1960s the idea of conspiracies involving shadowy government agencies fed further speculation. Driving them all is a simple refusal to accept the famed aviatrix could have perished because she simply made a mistake.

Several researchers, including Robert Ballard, believe the aircraft or the remnants of its wreckage will one day be found. Whether it is 18,000 feet below the surface of the Pacific Ocean or sunk in the silt off a Southern Pacific island is a question still unanswered. Even more than eighty years after she vanished, Earhart’s name and image are compelling. Numerous companies have licensed her name to support their products, including Apple, Jeep, and Google. No doubt she will remain compelling following the day when it is finally announced the site of her disappearance has been found, and the mystery of her fate solved.

“Thanks to an Old Photograph, an Explorer Believes He Can Solve the Mystery of Amelia Earhart’s Disappearance Once and For All”. Susan Cascone, Artnet News. August 13, 2019

“Has Amelia Earhart’s plane finally been found? Not so fast”. Alan Yuhas, The Guardian. October 30, 2014

“Why the Much-Publicized Mission to Find Amelia Earhart’s Airplane Is Likely to Come Up Empty”. Brigit Katz, Smithsonian Magazine. July 31, 2019

“The Amelia Earhart Mystery Stays Down in the Deep”. Julie Cohn, The New York Times. October 14, 2019