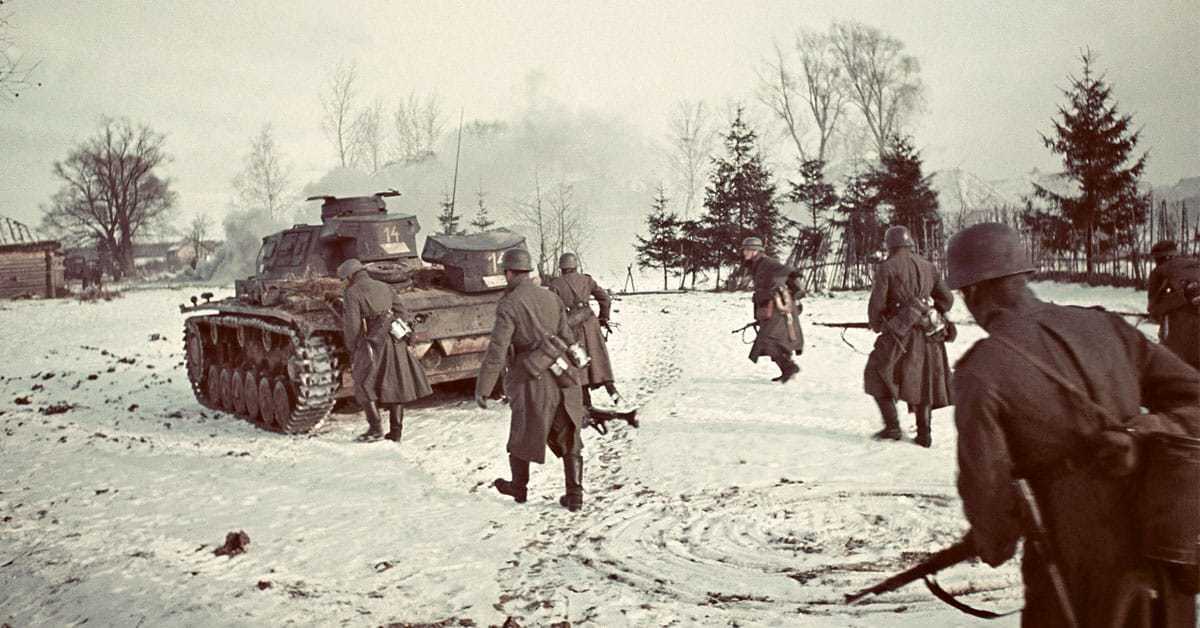 The Battle of Moscow was a military campaign on the Eastern Front during World War II, taking place between October 1941 and January 1942. The Soviets were able to thwart the Nazi advance and prevent the destruction of Moscow, the capital and largest city of the Union of Soviet Socialist Republics (USSR).

Capturing Moscow was one of the primary military and political objectives of the Nazi forces in their invasion of the Soviet Union. The Nazi strategic offensive, codenamed Operation Typhoon, called for an all-out attack on Moscow by surrounding it from the North, South, and West.

Hitler believed that the best way to destroy the Soviet Union was economically. He planned to seize the resources from Ukraine and Kyiv. Hitler’s military advisors suggested a direct attack on Moscow. Hitler overruled. By September 26, 1941, the Nazi forces had taken Ukraine and marched on.

Summer had ended. Two million Nazi troops were committed to Operation Typhoon along with 1,000 tanks.

The Soviet resistance comprised of 1.25 million men, and 1,000 tanks stationed between Vyazma and Bryansk. The Nazis were able to push through the Red Army, capturing 514,000 Soviet soldiers, 14% of their strength, but the weather began to change. By October 7, the first snow had fallen and melted, turning roads and fields to mud: a phenomenon known as ‘rasputitsa‘ in Russia.

The mire slowed the Nazi forces and the Soviets were able to retreat and regroup. Counterattacks further slowed the Nazi advance. On October 9, Otto Deitrich, of the Ministry of Propaganda, forecast the imminent destruction of the Soviet army and of Moscow. Rumors of soldiers being home for Christmas circulated the Reich.

By late October, only one-third of the Nazi motor vehicles were still functioning. The infantry did not have adequate winter clothing and the muddy roads disrupted the supply lines.

The Nazi attack paused until November 15 when the ground froze. The Nazis began their offensive towards Klin. Stalin had relocated his soldiers to the south to attempt a counteroffensive at Volokolamsk. After heavy fighting, the Nazis captured Klin on November 24. By November 28, the Nazis were barely 18 miles shy of the Kremlin. The bridge over the Moscow-Volga Canal was the closest the Nazis would get to Moscow before being pushed back by the Soviets until Berlin had fallen.

The European winter of 1941-1942 was the coldest winter of the twentieth century. On November 30, it was reported that the temperature was -49 °F. The Nazis reported more than 130,000 cases of frostbite.

“The offensive on Moscow failed … We underestimated the enemy’s strength, as well as his size and climate.”

You May Also Interested: The Day Nazi Germany Invades the USSR