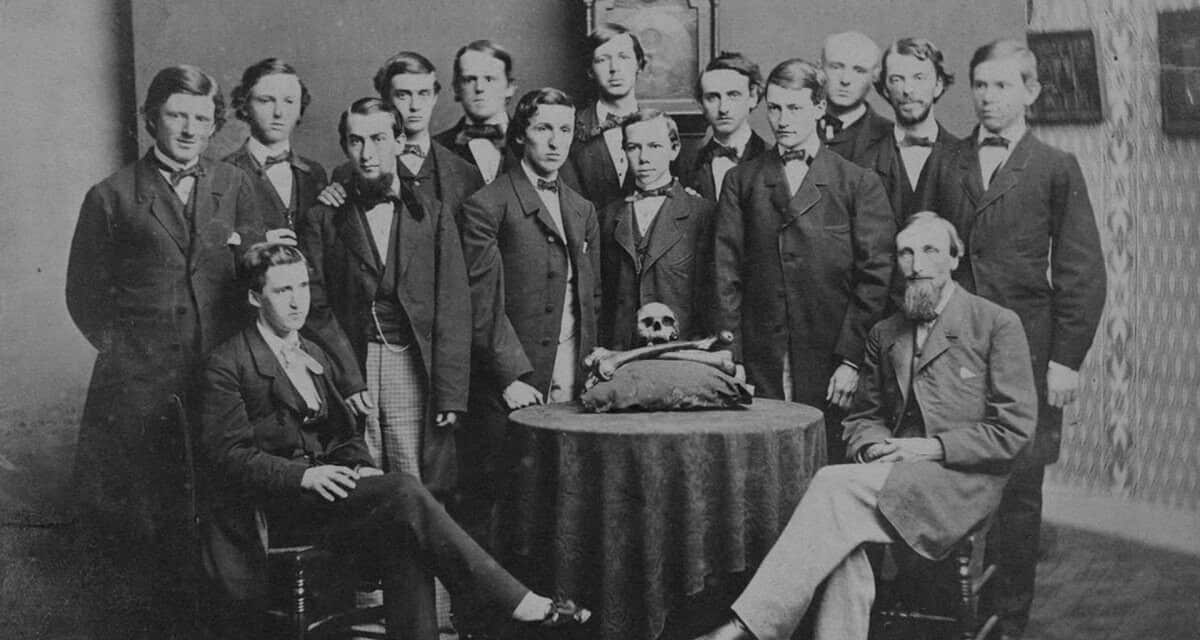 No reputable people have come forward with a personal account, but we can’t exclude this one.

One secret society that has maintained its power into the modern-day – if you believe it exists to start with – is the Illuminati. Like so many of our clandestine organizations, the Illuminati charts itself back to the 18th century, when the likes of the Freemasons, the Rosicrucians and the Carbonari were also finding their feet. They began life as an order of rationalists in a conservatively Christian society – Bavaria, in their case – that wanted to negate the influence of religion in public life and curb the power of the authoritarian German order. Naturally, this sort of behavior did not endear them to the ruling class of the time and necessitated that movement towards a secretive organizational structure.

Nevertheless, the Bavarian Illuminati persisted and grew, forming a network of political liberals and reformers that spread out from their home base in Ingolstadt, Bavaria across southern Germany. They had degrees like Masons, pseudonyms to maintain secrecy and a sophisticated system of spying on each other that was designed to keep everyone honest and deter police informers. The original grouping in Bavaria clashed with the Freemasons, from whom they regularly stole members, and the Rosicrucians, whom they considered not to be revolutionary enough in their zeal for a rational, technocratic society. Eventually, the anti-monarchical nature of the Illuminati caught up with them and in 1785, all secret societies were banned by Duke Karl Theodor of Bavaria and their membership fizzled out.

What marks out the Illuminati is not so much their origins, but where they (supposedly) are today. Despite going into abeyance in the last 18th century, many considered that the Illuminati were merely dormant rather than gone. They were blamed in some royalist quarters for the French Revolution – they certainly did share goals of Robespierre and Lafayette – and generally became to go-to bogeyman for all conservative fears. The appeal of a secret society on which all the ills of the world could be blamed has not diminished over the years, and arguably the myth of the Illuminati is now more powerful than the real group ever was.

Their goals – technocratic world government by the rational, rich and smart – could not have been better constructed for the modern-day conspiracy nut. The fears of the Illuminati began to manifest themselves in the aftermath of the 1848 Revolutions in Europe, which had largely won the goals of the original secret society, and only grew as the organization itself ceased to be. Right-wing conspiracy theorists have long pointed to an unseen hand and in both the United States and in Europe, writers pointed to the Illuminati as a cabal of (often Jewish) bankers and moneymen who controlled finance and thus the world. Of course, there was very little to the rumors, which were often virulently anti-semitic in their origin and goals, but nothing fuels a conspiracy theory like its adherents being told that they’re miles wrong – and so it persists to this day.

Contributions made by D.G. Hewitt

History Channel – 7 Things You May Not Know About Freemasons

The Atlantic – What It’s Like to Join the Freemasons

News Week – Shadows in The Shadows: The Rosicrucians, A Fake Secret Society, Had A Real Impact on The World

BBC – The Birthplace of The Illuminati

Spy Scape – Secrets of The Illuminati: The Top-Secret Society with Plans to Rule the World

The Week – Who Are the Illuminati – And What Do They Control?

BBC News – Just Who Exactly Is Going to The Bilderberg Meeting?