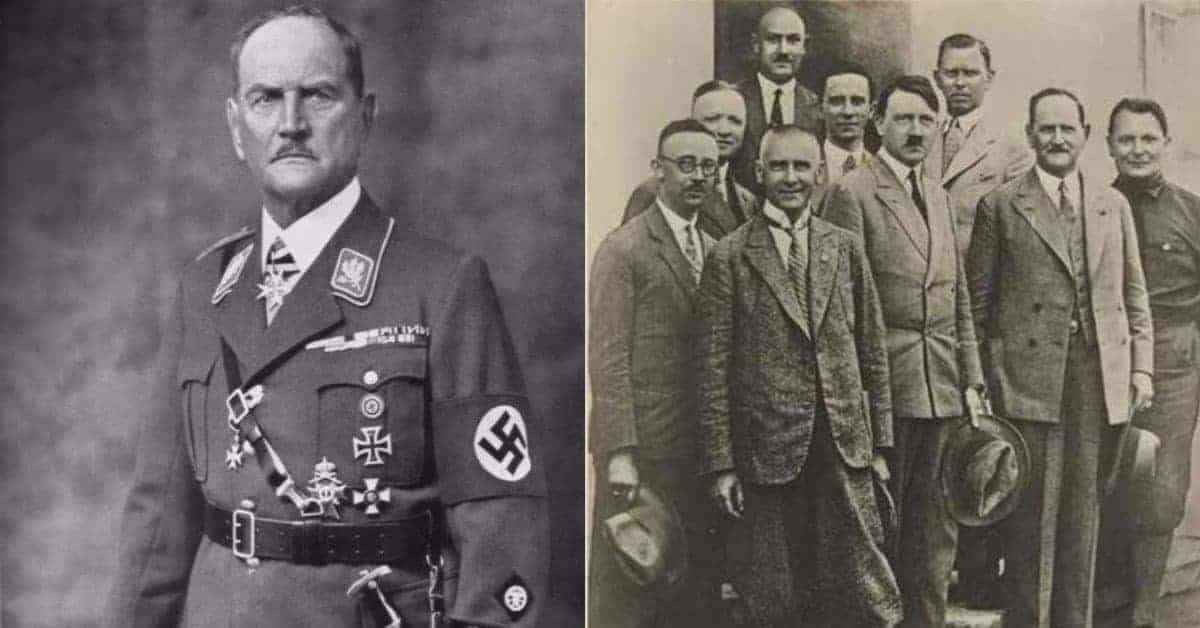 Having completed his colonial career, Epp left the bloody sands of German southwest Africa in 1906, taking a position leading a company of the Royal Bavarian King’s Bodyguard Regiment. In the coming years, he rose within the regiment, becoming its commander in 1914 as Europe plunged into war. During the First World War Epp proved to be a capable commander, leading his men with distinction on the Western Front and in the Balkans. For his service, he would receive the Pour le Merite, Germany’s highest award for valor at the time, as well as a knighthood which conferred upon him the title “Ritter von.”

Epp returned from the First World War to find his homeland gripped by revolution. In Bavaria a coalition of socialist parties under the leadership of Kurt Eisner had declared independence from Berlin and maintained a tenuous hold on the government, but the assassination of Eisner in February 1919 threw the situation into chaos. The newly established German Communist Party then attempted to exploit the situation, calling a general strike and seizing key positions in Munich. Having secured the country, on April 14, 1919, they declared the establishment of the Bavarian Soviet Republic.

In order to suppress the communist revolution in Bavaria the German President Friedrich Ebert turned to the Freikorps, paramilitary organizations made up of disaffected German veterans. Because Epp’s exemplary service in the First World War had earned him something of a following he was able to raise a Freikorps of his own to answer Ebert’s call. Amongst the new recruits of Freikorps Epp were Ernst Röhm, the future leader of the SA, and Rudolf Hess, who would later act as Hitler’s deputy.

Freikorps Epp burst into Munich on May 1, 1919, and in the course of two days of fighting they defeated the Bavarian Red Guard. Having eliminated active resistance, Epp proceeded to apply practices that he had developed in the colonies. Men found carrying weapons were shot out of hand, and some six hundred people affiliated with the short-lived communist regime were arrested and executed. Having crushed the Bavarian Soviet Republic, Epp personally assumed the position of military dictator over the country. It was in this capacity that he would make the acquaintance of Adolf Hitler.

Hitler was in Munich as a member of the 2nd Infantry Regiment in the spring of 1919 and witnessed the revolution there firsthand. His unit had participated in the Munich Soldiers’ Soviet, and Hitler himself had garnered the second-highest number of votes in an election for Battalion Representative to the Soviet. Hitler’s supporters in this election, however, were primarily other soldiers who opposed the creation of the Bavarian Soviet Republic and saw him as a counterrevolutionary. As a consequence of this position, once Epp had taken control of Bavaria he hired Hitler as an informer, charged with rooting out communists in the military.

It was in his role as an investigator that Hitler would come into contact with the German Workers’ Party, an organization that he would one day lead after it changed its name to the National Socialist German Workers’ Party or Nazi Party. Epp, too, would join the German Workers’ Party while it was still in its infancy and in time would become a committed follower of Hitler and a prominent face of the Party. In 1928 the Nazis won twelve seats in the five-hundred seat Reichstag, and Epp would take one of them.