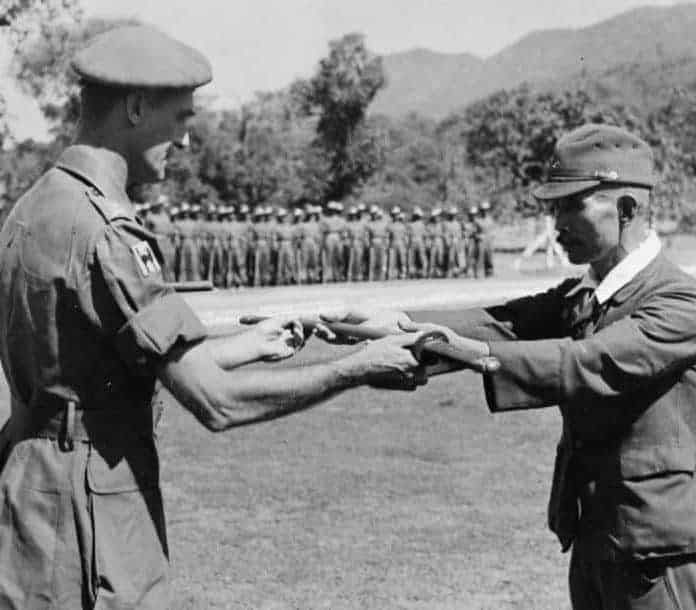 In the late 13th century CE, there was a great swordsmith in Japan, Goro Nyudo Masamune. His swords were considered to be unmatched in quality and even benevolent in nature. The most famous of the swords that he created is known as the Honjo Masamune. Today, the Honjo Masamune has an almost mythic reputation, with each layer said to be so perfectly forged that it was mere atoms thick.

The sword gets its name from the general who wielded it for a period, Honjo Shigenaga. He lived during the 16th and 17th centuries and served as part of the Uesugi clan of northern Japan. During the 4th battle of Kawanakajima in 1561, Shigenaga fought an enemy general. After an intense battle that left Shigenaga’s helmet cleaved in two, Shigenaga came out victorious. He took for himself the prized sword that had severed his helmet and became the first general of note to own the sword.

Shigenaga kept the sword for years and it was a prized possession that had led him to be successful in battle. At the end of the 16th century, Shigenaga went bankrupt and had to sell the sword to the Toyotomi clan, who were the rulers of Japan at the time. When the Toyotomi clan fell, the sword was taken up by the new Shogun of Japan, Tokugawa leyasu. From that moment on, the Honjo Masamune became a family treasure of the Tokugawas, and a symbol of the Tokugawa Dynasty.

The Tokugawa family ruled Japan for 250 years and the prized sword was passed down from one Shogun to the next. The sword had such a reputation by this time that many believed it was the reason why the Tokugawa family was able to stay in power for so long. In 1868, the Tokugawa Shogunate fell, but the family managed to keep the sword in their possession. The sword was declared a Japanese National Treasure in 1939, but sadly it would disappear from Japan forever just a few years later.

Read on to find out what led to the sword’s disappearance and why Japan has no idea where their national treasure might be.