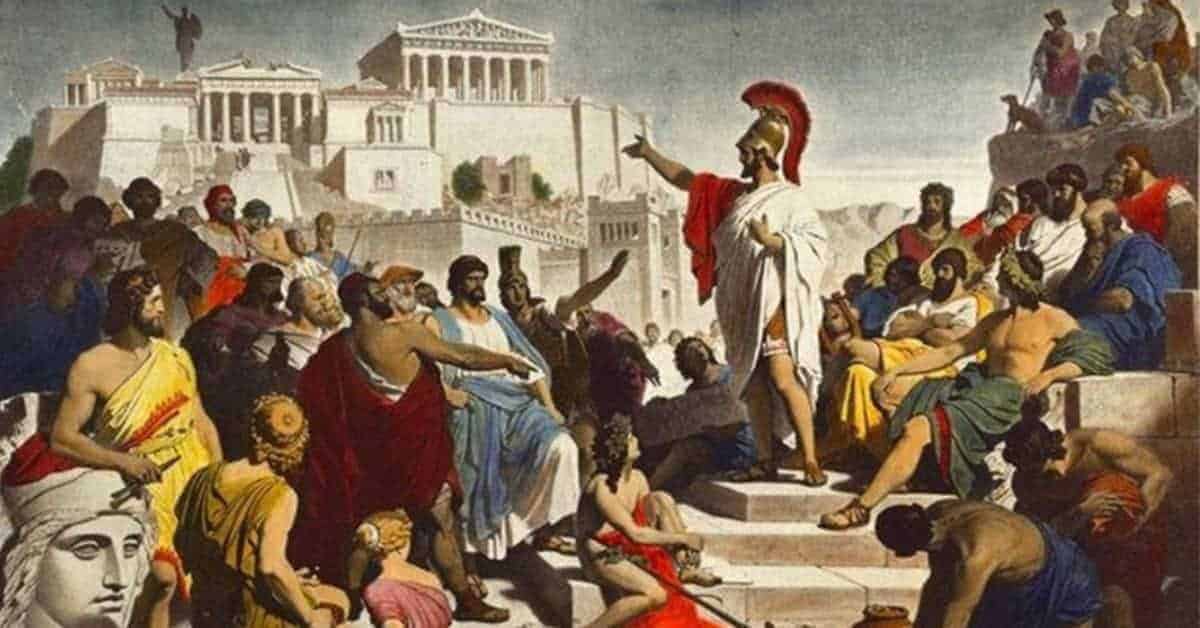 In 222 BC, Cleomenes III was defeated at the Battle of Sellasia. This event resulted in a power vacuum that was ultimately filled by a child named Pelops. Machandias was one of Pelops’ regents and was probably the first tyrant of Sparta as he seized power illegitimately in 210 BC. However, his reign didn’t last long because, in 207 BC, he was killed in the Battle of Mantinea. Nabis was the next regent, but he soon overthrew Pelops and assumed power.

Nabis saw himself as a legitimate king, but ancient historians such as Livy and Polybius claim he was a tyrant. Cleomenes III had hoped to bring forth various reforms during his tenure, and Nabis followed suit. However, he appeared to go to extreme lengths. For example, he exiled wealthy citizens and divided their land up amongst the poor. He freed a large number of slaves and made them citizens. It was a calculated move, designed to increase the number of citizens he had available for his army. Polybius was not a fan of Nabis and described the tyrant’s supporters as a group of “murderers, burglars, catpurses and highwaymen.”

For all his reforms, Nabis was apparently a bloodthirsty ruler who executed all the descendants of the two remaining Spartan royal dynasties. Polybius claims that Nabis would not only exile wealthy men, but he would also take their wives and force them to marry his supporters. Rich landowners were summoned to meet the king and forced to pay money. Refusal meant torture and possible execution. It is important to remember that ancient historians such as Livy and Polybius had their own biases so we can’t accept their word as fact.

Nabis was also keen to expand Sparta’s military might, so he reconquered much of Laconia although he failed to take Megalopolis in 204 BC. The tyrant also signed a peace treaty with Rome at the Peace of Phoenice in 205 BC. Nabis fortified the city of Sparta and rebuilt its fleet. His invasion of Messene ended in defeat at Tagea in 201 BC. He also came into conflict with the Achaean League, and while he was defeated by the superb general Philopoemen on numerous occasions, he remained a threat.

Later in his reign, Nabis took Argos and entered into another alliance with the Romans. However, the Achaeans managed to persuade a Roman Proconsul named Flamininus to deal with Nabis. He ordered Nabis to return Argos to the Achaeans or face war. Nabis refused, and the Romans invaded Laconia. In 192 BC, Nabis appealed to the Aetolian League to help fight the Achaeans, and while they agreed at first, it was a setup. The Aetolians assassinated Nabis while he was outside the city drilling his army. Philopoemen marched on Sparta with a large army and persuaded it to join the Achaean League.