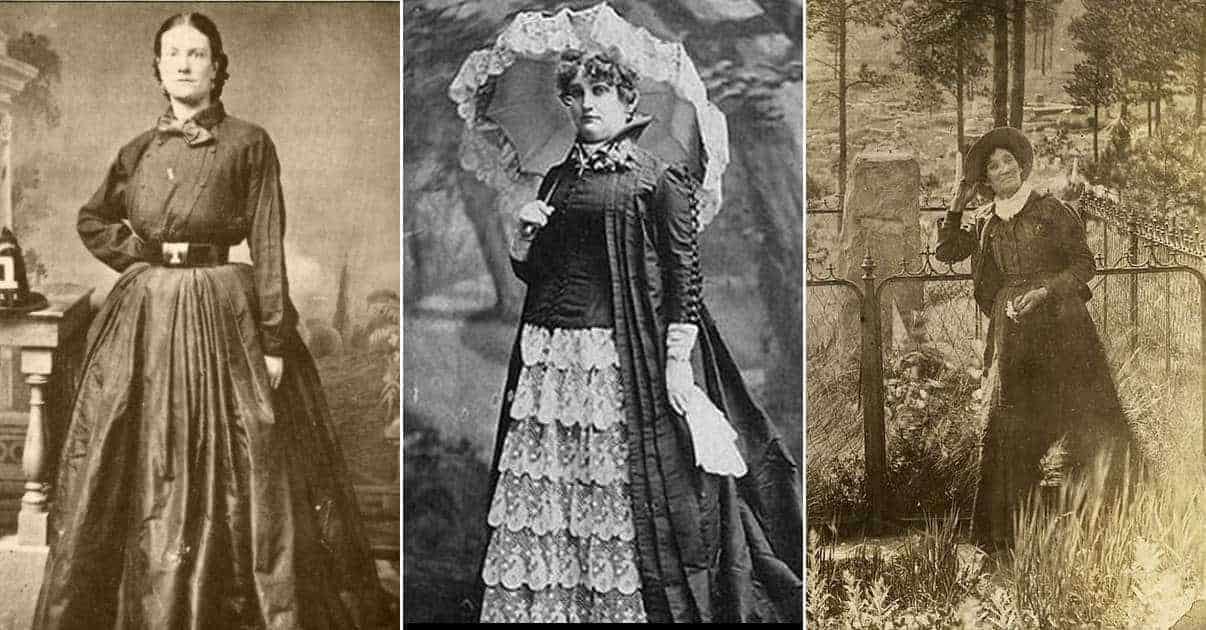 Dora Bolshaw was born in the English city of Liverpool and came to the United States following the American Civil War, probably in 1869. By 1877 she and her parents were living in Lincoln, Nebraska, some accounts have them arriving in 1876. She began working as a prostitute to soldiers around the age of 14, working both in a brothel and independently as a dance hall girl.

When the Deadwood Gold Rush hit, Dora followed the wave of miners and prospectors to the new mining camp in the Black Hills, declaring herself to be at the age of fifteen a madam, and opening a brothel which originally was little more than a mining tent.

Despite her youth, Dora was insistent that the women who worked for her, most of whom were older and more hardened members of their profession, practice good hygiene and dress. Calamity Jane worked for her on an occasional basis, but her refusal to bathe and her habit of wearing men’s clothes served to limit her appeal to Dora and to the men who Dora solicited. Towards the end of Jane’s period in Deadwood Dora employed her as a dishwasher and cook. Dora enjoyed the company of cats as pets and after Charlie Utter delivered several to her brothel in Deadwood, she began referring to it as the “cathouse” adding a new word to the American lexicon.

Dora’s enterprise grew to include several brothels in nearby communities such as Lead, Belle Fourche, Miles City, and Sturgis. She married Joseph DuFran, one of the many professional gamblers who made mining camps and boomtowns their places of business, and DuFran helped her scout locations and grow the brothels as he made money at the poker and faro tables.

Dora DuFran wrote a twelve-page pamphlet on Calamity Jane later in life, and after the death of her husband relocated to Rapid City, where she opened yet another brothel. She died in 1934 and is buried in Deadwood’s Mount Mariah Cemetery, along with Wild Bill Hickok, Calamity Jane, Seth Bullock, her husband and her pet parrot.

Mollie Johnson was another Deadwood madam who operated as the main competition of Dora DuFran for many years. Mollie came to Deadwood from Alabama, where she had begun working as a prostitute at the age of 14 or 15. In Deadwood Mollie became known largely through her own self-promotion as the Queen of the Blondes. Her sobriquet was based on her employing three blonde women who worked in her brothel as well as maintaining separate boarding houses for itinerant miners and other drifters through the camp.

Mollie’s brothel was known as a loud and sometimes dangerous place, as the women, there were competitors both for renters in their boarding houses and customers in the brothel. Frequently this competition led to physical confrontations between the women, often to the entertainment of the customers.

By 1878 Deadwood had a facility presenting touring shows and other entertainment known as the Bella Union Theater. Mollie met Lew Spencer there when he was performing as a comedian. Spencer was an African American touring performer and he and Mollie were married in 1878, although Spencer continued to tour as a performer and Mollie continued to work as both madam and prostitute.

While on tour Spencer was arrested for shooting a woman later identified as his first wife, evidently the marriage to Mollie was an act of bigamy. There is no evidence that Mollie ever saw Spencer again.

Mollie suffered at least three fires which destroyed her brothels in Deadwood, rebuilding each time. By 1883 business in the mining camp had largely fallen off and Mollie left Deadwood to vanish from history. Stories of her bordellos and the women who had worked in them were common in the Deadwood newspapers up until the time she left town for parts unknown, and many can be read today.

True West Magazine – The Nude Duel that Will Not Die

History Net – To the Miners of Virginia City, Julia Bulette Was the Beloved Queen of the Comstock

Legends of America – The Painted Ladies of Deadwood Gulch