Marguerite Alibert Was a Royal Mistress Who Got Away With Murder 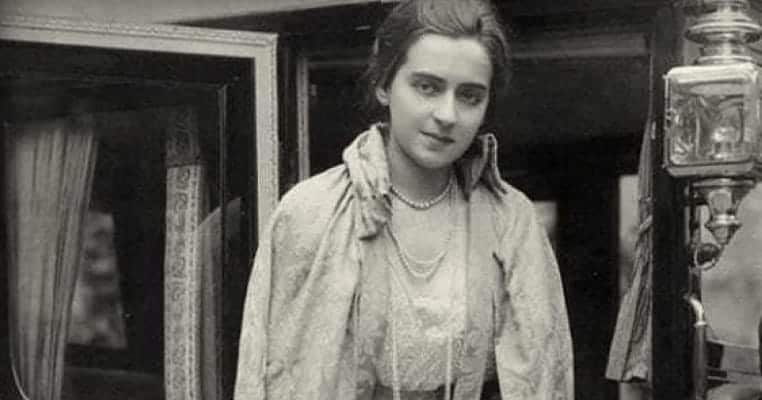 Marguerite Alibert Was a Royal Mistress Who Got Away With Murder

In 1923, a French woman named Marguerite Alibert shot her husband multiple times in the back, and his body crumbled onto the carpet of The Savoy Hotel in London. In her lifetime, she had gone from poverty to prostitution, only to capture the hearts of not just one, but two princes from different countries. As the hotel employees rushed into the room to take her husband to the hospital, Marguerite remained calm, and didn’t try to run away. She knew that she had a secret sitting in her luggage that was her very literal “get out of jail free” card that would allow her to get away with murder.

Marguerite Was The Best Courtesan Money Could Buy

Marguerite Alibert was born in 1890 to a coachman and a cleaning lady, and grew up in Paris. Even though her family did not have a lot of money, her parents worked for people in the upper class, and she had the benefit of being raised in an area of the city where people were sophisticated and educated. She grew up doing a lot of the same hobbies as a high-class lady, like horseback riding, reading books, going to the theater, and learning how to read music.

It would seem that her parents tried their best to set her up for success to eventually get married into a rich family. With lovely brown hair and eyes added to a fair complexion and beautiful features, her future was looking bright, until tragedy struck. Her 4-year-old brother ran out into the street and was killed by a truck. Marguerite was supposed to be babysitting him, so they blamed her for his death, and took it as a sign that she needed more discipline. They sent her to live at a convent called Saint Mary’s, where the nuns beat her and constantly berated Marguerite with guilt for her brother’s tragic death.

At 15 years old, Marguerite ran away from the convent, leaving her parents in the dark as to where she was staying. When they found her, she was pregnant, and gave birth to a baby girl at 16. She said that the father of her child was the teenage son of an English nobleman named Andre Mont-Clare. The two were in love, but the son could not get permission to marry a poor French girl, especially after she became pregnant out of wedlock. In other versions of the story, Marguerite told people that her child’s father was a poor art student at the local university who could not afford to support her.

No matter the truth, the father stayed of the picture, and Marguerite was forced to give her daughter Raymonde away to be raised by a family on a farm willing to take her in. Marguerite’s only option to support herself presented itself in prostitution – although she also moonlighted as a nightclub singer. A woman named Madame Denarte ran a brothel for high-class prostitutes when she discovered Marguerite during one of her performances. She thought that Marguerite was far more beautiful, sophisticated, talented, intelligent than the average girl that had to resort to sex work, and that she had real potential to become a high-class courtesan.

After receiving training on how to act like a lady, Marguerite “attended to” nearly every aristocrat in France, England, and The United States. At one point, the royal family selected Marguerite to meet with the young Prince Edward of Wales, because they felt he needed a more experienced woman to help him with sex before he married. Thus, a passionate love affair ensued – and he wrote her very dirty letters filled with things that would absolutely ruin his reputation if made public. So she held onto them to potentially use as blackmail some day in the future.

After selling her services to dozens of rich men in high society, Marguerite Ailbert earned the ability to finally find men willing to pay a substantial amount of money. This money would be enough to afford her own apartment, and many even gave her an allowance for living expenses. Even though they were not legally married, she would take on their last names, and refer to her lovers as her “husbands” when she was living her life in high society and meeting new people in Paris. As far as the outside world was concerned, she was just another lady, and no one could tell that she was actually a courtesan.

Once in a stable living situation, Marguerite felt that she could finally be a good mother to Raymonde. Seven years had passed since Marguerite last laid eyes on her daughter, and she never wrote any letters to give her an update. But Marguerite planned to change the relationship. At 23 years old, she reunited with her daughter and seven-year-old Raymonde left the farm to live with her biological mother in Paris. She wanted her to have a good education, so she sent her daughter to one of the best all-girls boarding schools in London.

Eventually, she married a 40-year-old man by the name of Meller while still in her 20’s. He gave her everything she desired- a luxurious apartment in Paris, the newest fashion, and vacations abroad. Meller gave her the whole package: rich, tall and handsome. However, their age difference was simply too large for them to be truly happy together, and Marguerite wanted a divorce. The settlement provided her with a large amount of money – allowing her to keep the luxurious apartment while employing a driver and maids. She was even able to afford all of the newest fashions. She went back to courting rich men in Paris and enjoying all of the free stuff that came along with it.

The Courtesan Marries a Prince

At 32 years old, Marguerite Alibert, traveled around the world with her rich boyfriends. Her man of the moment? A wealthy business tycoon who took her on a trip to Egypt. While at a party in Cairo, she locked eyes with a handsome young Egyptian man named Ali Kamel Fahmy Bey. Later, after returning to Paris, she spotted Fahmy Bey again at a few parties in Paris. They continued to make eye contact, and he eventually walked up to introduce himself, saying that he had noticed her, and couldn’t get her off his mind. After talking for a while, he asked to see her again in private. He did not know about her past as a courtesan, so he was courting her like a lady.

The word “Bey” is an Egyptian honorary title, like “Lord”, but many people in England and France called him an “Egyptian Prince”. This piqued Marguerite’s interest, of course, since she tended to be a bit of a gold digger, willing to give any rich man a chance. However, this one seemed like he might actually be a keeper. After all, he was a young, handsome prince, completely smitten with her. Although it was a short romance, Fahmy Bey asked Marguerite to marry him.

Marguerite told him that she needed to think about it for a while, but she eventually agreed to move to Egypt and marry him. She thought that even if their relationship turned sour, she could get away with marrying him for a short period of time, and then filing for divorce, like she did with her last ex-husband. Better yet, she figured she would get a multi-million dollar divorce settlement, since he was so incredibly wealthy.

Fahmy Bey was a Muslim, and he wanted Marguerite to convert to Islam and dress modestly and cover her face like other women in Egypt. She refused to do this, and demanded to have a prenuptial agreement that if she marries him, she would be allowed to wear her western clothing and divorce him some day, if their relationship didn’t work out.

However, Fahmy Bey could probably sense that she was a gold digger, so he ripped up their prenuptial agreement only a day or two before their wedding. She had no proof that they ever agreed to those terms, and at that point, she had already converted to Islam and moved to Egypt, and she was now forced to live like the women in that culture. Fahmy Bey also announced that he was going to take on multiple wives, which was allowed in Islam. She had been totally ignorant of Egyptian customs, so she was suddenly trapped in an awful marriage without the option to get a divorce. The couple argued constantly, and the neighbors knew that they were stuck in an extremely unhappy relationship.

Marguerite’s Resentment Began To Fester Until She Finally Snapped

Every time her husband made her angry, Marguerite wrote it down in a journal. She kept a record of every single thing she hated about him, including one entry that claimed that he forced her into doing things in the bedroom that she was not comfortable with. Some might say that Karma served her some justice, since she took advantage of men for so long. But her independent and strong nature would not allow her to continue living her life trapped in that situation.

They’d only been married for about a year, when Marguerite Alibert convinced her husband to travel to London together so that she could see an opera. They were staying in the Savoy Hotel together, and they got into a heated argument. The hotel employees could hear gunshots coming from the room at 2:30 AM. She shot her husband several times in the back and his head. Somehow, he was still alive when help arrived, and he died in the hospital from his injuries.

This murder was clearly premeditated because it was no mistake that she wanted to kill him in England. If she tried to kill her husband in Egypt, she would have been sentenced to death for murdering a nobleman on the spot. But in England, she actually had a chance to use her connections to save herself. Marguerite pulled out those saucy letters that she saved all of those years from Prince Edward, and used them as blackmail when she asked him for a favor in the royal court. This totally worked, because the royal family did everything within her power to make sure she did not go to jail for murdering Ali Kamel Fahmy.

During the trial, the judge and the lawyers were instructed to not bring up her past as a sex worker, or her connection to Prince Edward. The jury thought she was a high-class lady who got married to an Egyptian prince. The lawyers painted Ali Kamel Fahmy Bey as being a monstrous man who was abusing Marguerite, and she felt that she had no option but to shoot him. The jury believed her, and they declared that it was self-defense. All charges were dropped against her.

After going free, she moved to Paris and continued her old lifestyle of dating wealthy men. She called herself “Princess Marguerite”, because no one was the wiser. She was not allowed to keep all of Fahmy Bey’s money, though, because the Egyptian court system knew that she was a murderer.

For the rest of her life, she lived quietly in her apartment in Paris and spent a lot of time visiting her daughter, Raymonde, and her grandchildren. She managed to live comfortably for the rest of her life, until she died at age 80. After her death, her grandson was going through her paperwork, and saw that Marguerite had managed to quietly get married and divorced another five times without her family knowing about it.

The Woman Before Wallis: Prince Edward, the Parisian Courtesan, and the Perfect Murder. Andrew Rose. Picador. 2013.