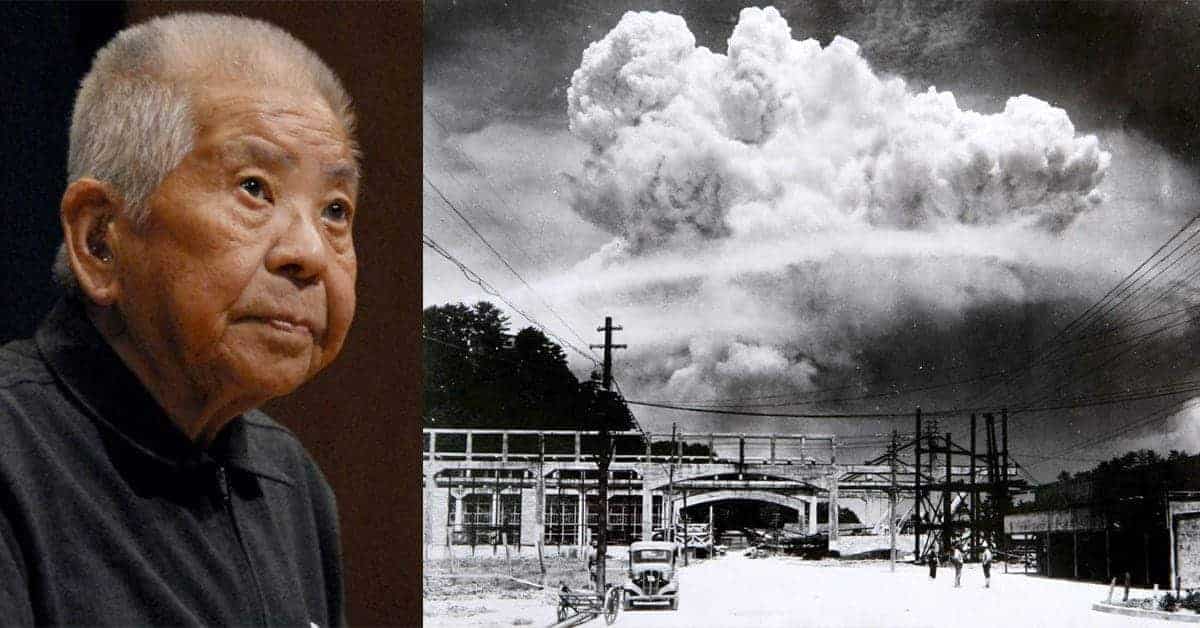 Yamaguchi went on to work as a translator for the occupying American Marines. Later he worked as a school teacher before returning to work for Mitsubishi Heavy Industries, designing oil tankers. Yamaguchi and his wife Hisako had two more children in the 1950s, Naoko and Toshiko. His daughter Naoko, has suffered from ill-health her whole life. Yamaguchi’s son Katsutoshi died in 2005 of cancer a week before what would have been his sixtieth birthday. His wife Hisako, who had survived the Nagasaki bombing, died aged 88 after suffering years of ill health from kidney and liver cancer.

His experience of surviving both atomic bombs changed Yamaguchi profoundly. He felt that it was fate that he had survived and decided to dedicate the later years of his life to promoting nuclear disarmament. Yamaguchi featured in a 2006 documentary by filmmaker Hideo Nakamura, about the 165 double survivors of the Hiroshima and Nagasaki atomic bombs, entitled “Twice Bombed, Twice Survived.” The documentary was screened at the United Nations Headquarters in New York that year, and afterward, Yamaguchi gave a passionate speech about his wish to see a world without nuclear weapons.

In January 2009, after decades of silence, Yamaguchi applied for official recognition from the Japanese government that he had survived both the atomic bombings of Hiroshima and Nagasaki. In March 2009, Yamaguchi became the only person officially recognized by the Japanese government as a nijῡ hibakusha (double atomic bomb victim). Yamaguchi chose to end his decades of silence because he wanted the world to know of his story after he had died. He had remained silent for so long out of respect for the other survivors who were not as fortunate as him, who had suffered from ill health for years after the bombings.

He had remained silent for so long out of respect for the other survivors who were not as fortunate as him, who had suffered from ill health for years after the bombings. In 2010, to mark the sixty-fifth anniversary of the Hiroshima and Nagasaki bombings, a book containing 65 of Yamaguchi’s tanka poems, entitled, “And the River Flowed as a Raft of Corpses” was published. The book was translated by Columbia University doctoral candidate, Chad Diehl, who lived with Yamaguchi in Nagasaki during the summer of 2009. On January 4, 2010, Tsutomu Yamaguchi, double atomic bomb survivor, passed away from stomach cancer, aged 93.

The Independent – How I Survived Hiroshima and Then Nagasaki

History Channel – Hiroshima and Nagasaki, Before and After the Bombs