This Day In History: President Truman States That The A-Bomb Was An Option (1950) 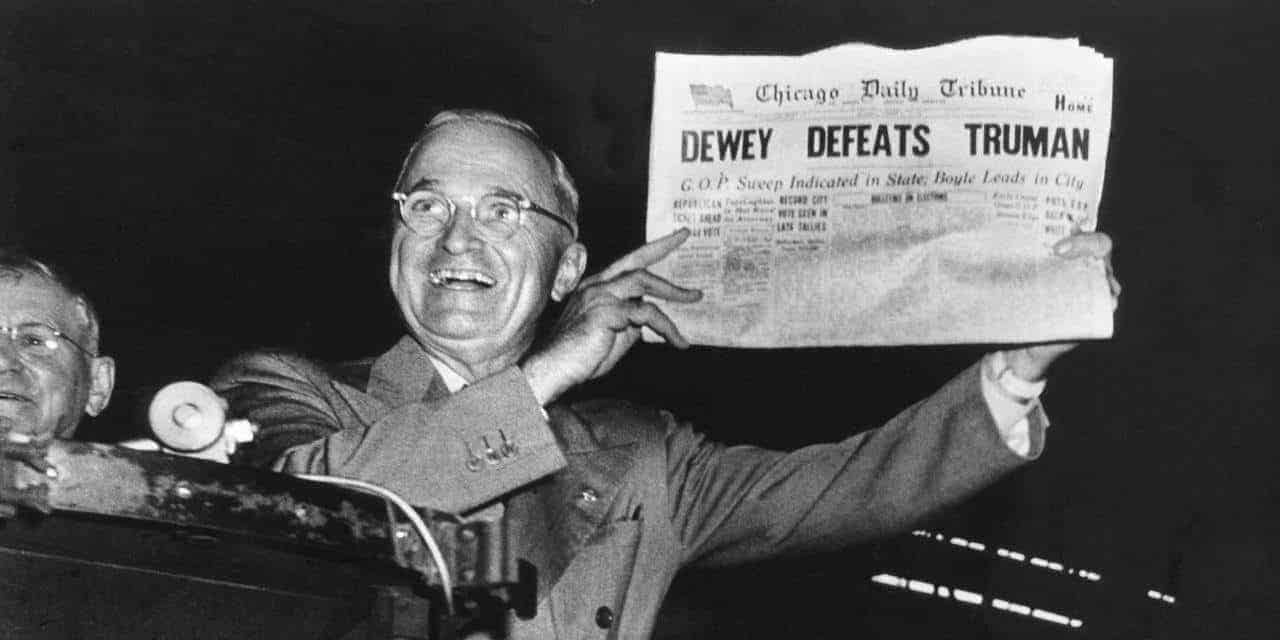 This Day In History: President Truman States That The A-Bomb Was An Option (1950)

On this day in 1950, in the early years of the Cold War, President Harry S. Truman tells the American public that he was willing to use Atomic Bomb. He states at a press conference that he believed that the A-bomb could be used to end the war in Korea. The Korean War had begun several months earlier. The North Koreans had invaded the South but had been driven back by a US-led counterattack. The UN army had practically overrun North Korea but then China intervened with hundreds of thousands of soldiers. Indeed as Truman was speaking the American-led forces were being driven out of North Korean by the communists. It looked as if the American army and their allies would have been driven out of the Korean Peninsula. Truman saw the Korean War as part of a world-wide Communist conspiracy to dominate the world. Truman bluntly stated that the Communists were seeking world-domination and that America would not allow this to happen. He told the people of Asia that he would support them against Communist insurgents and guerrillas. A reporter asked Truman what would the President do if Red China attacked the Chinese Nationalists in Formosa (Taiwan) He told the assembled pressmen that he would take whatever steps that were necessary to protect Formosa. He added that he was prepared to use every weapon at his disposal: a clear reference to the Atomic Bomb. Truman had stated that America was committed to doing everything in its power to stop the spread of Communism in Asia.

Truman had ordered two atomic bombs to be dropped on Japan and no one doubted that he was issuing an idle threat. However, things had changed and the Soviet Union had recently developed the A-Bomb. No longer was the American President able to order the bomb to be dropped without retaliation. If he had dropped a bomb on North Korea or China, the Soviets would have responded in kind. The result would almost certainly be a nuclear war. Truman did not drop the bomb and a nuclear conflict was avoided. The Korea War became a stalemate and the country was eventually divided between a communist North and a democratic South. The war was ended by negotiations and not by a nuclear weapon. Since then North and South Korea have remained enemies and it is regarded as one of the most tense regions in the world. There are fears that North Korea which has developed a nuclear weapons program could launch a nuclear attack on its neighbors and even against the United States.