When the Lower Class Fights Back: 12 of History's Greatest Peasant Revolts 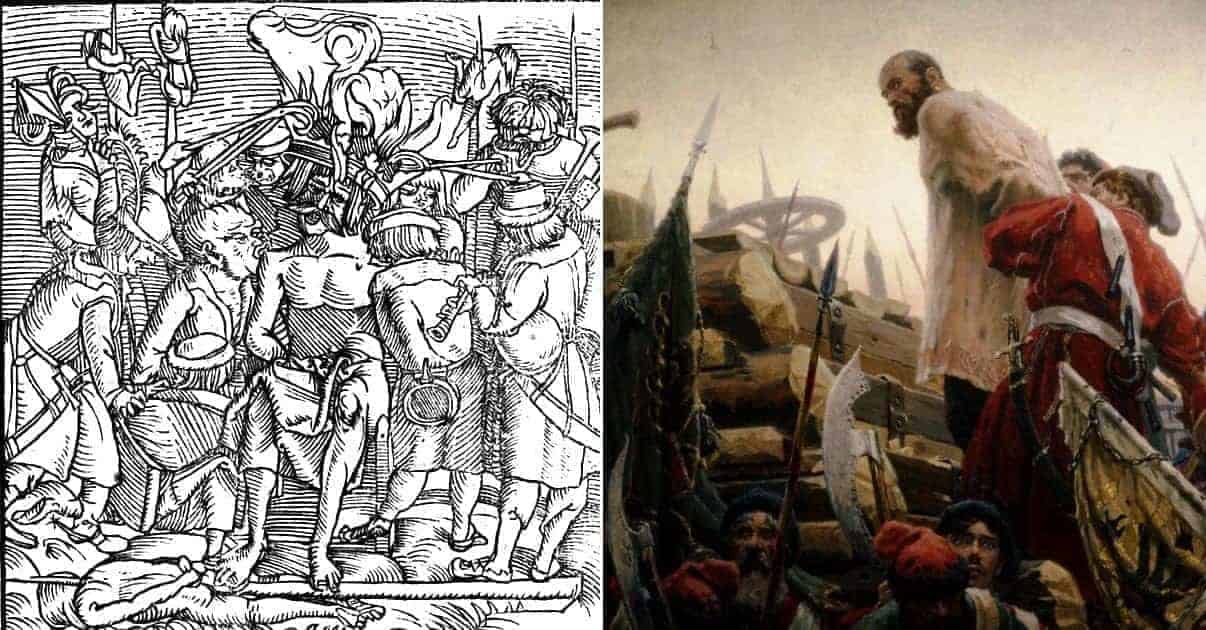 When the Lower Class Fights Back: 12 of History’s Greatest Peasant Revolts

Led by Kondraty Bulavin, a democratically elected Cossack leader, the Bulavin Rebellion (1707 – 1708), also known as the Astrakhan Revolt, was the second of three major peasant revolts that rocked Russia in the seventeenth and eighteenth centuries. As with the Stenka Razin uprising, the revolt was triggered by tensions between Moscow and the independent Cossacks, caused in no small part by the central authorities’ attempt to stem the tide of serfs fleeing their oppression in Russia to the freedom of the Cossack frontier lands, and to recover the fugitives for their aristocratic masters.

In the runup to the revolt, various aspects of the radical westernizing reforms of Tsar Peter the Great scandalized Russia and were seen as an affront by its pious peasantry to their Orthodox faith. That, piled atop the serf peasants’ preexisting grievances and the oppression and injustice under which they groaned, led to widespread discontent, and many voted with their feet by escaping to the Cossack lands, where they could toil and practice their faith in freedom.

Pressure from landlords mounted on the government to recapture the fugitives serfs and restore them to their masters, and in 1707, Peter the Great ordered a census in Cossack settlements to identify and return the fleeing peasants. An expedition to carry out the Tsar’s decree was seen by the Cossacks as a threat to their freedoms, and on the night of October 8th, 1707, Bulavin led a Cossack band which fell upon the expedition and wiped it out.

That was the spark for a widespread, if inchoate, peasant revolt that aimed to march on Moscow, not to fight the Tsar, but to free him from evil counselors whom many peasants assumed were keeping the Tsar ignorant of their plight. Others, of a more religious bent, believed that the real Tsar was hidden away, and the person claiming to be Peter the Great and implementing the radical westernizing reforms that offended their Orthodox faith was actually the antichrist.

Although the peasant revolt gained widespread popularity, poor leadership and vision condemned it to failure. Among other things, Bulavin failed to offer an alternative Tsar around whom the discontented could rally and unite, with the result that much of the armed resistance was frittered in various eruptions which the authorities could deal with piecemeal. Additionally, although Tsar Peter was engaged in a major war against Sweden at the time, the rebels failed to coordinate their actions with the Swedes, allowing Peter to amass a 32,000 man to deal with the peasants. That force steadily stamped out the revolt, and eventually, with the rebellion collapsing amidst devastating defeats, a faction of Bulavin’s followers turned against the rebel leader and assassinated him on July 7th, 1708, after which the uprising quickly ended.

The Pugachev Rebellion (1773 – 1775), also known as the Peasants War, was the third and greatest of Russia’s major peasant revolts between 1670 to 1775. It was led by Emilian Pugachev, a former Russian army lieutenant, and posed an existential threat to Tsardom against a backdrop of deep resentment by the peasantry of Russia’s exploitative government and aristocracy.

During the reign of Catherine the Great, Russia’s elites embraced western culture, arts, technologies, fashions, and foods. The new western luxuries and westernized standard of living were quite expensive, however, and to pay for them, Russia’s landlords turned to their peasant serfs, increasing their tax burdens and squeezing them dry. That led to protests, increased incidences of serfs fleeing their landlords’ lands, and rebellions, with over 160 localized peasant uprisings recorded throughout the Russian Empire between 1762 to 1772.

In 1773, the discontent erupted into a massive peasant revolt, sparked by word that Tsar Peter III, who had been assassinated in 1763, had escaped death and was hiding amongst the Cossacks from Tsarina Catherine the Great, who sought to thwart Peter III from his intent to emancipate Russia’s peasants from serfdom. The self-proclaimed Tsar Peter III was actually Emilian Pugachev, a Cossack born in the same village where former peasant revolt leader Stenka Razin had been born a century earlier.

Pugachev was a Russian army lieutenant who had fought in the Seven Years War before deserting to wander southern Russia among Orthodox religious fundamentalists known as Old Believers. With them, Pugachev hatched a plan to pose as the deceased Peter III, and in that guise, he soon attracted widespread popularity amongst Cossacks, peasants, and non-Russian populations resentful of official discrimination and demands to convert to Orthodox Christianity.

Promising a repeal of an unpopular poll tax and forced labor, Pugachev amassed a large peasant army, supported by Cossacks, Tartars, and other non-Russians, and in 1773, crushed a Russian army sent to put down the rebellion. As the rebels marched deeper into Russian territory, promising the Russian masses liberation from aristocratic oppression, Pugachev, under the guise of Tsar Peter III, formed an alternate government that emphasized the peasants’ freedom from the nobility. He also held court to judge and punish abusive landlords and officials captured by the rebels.

The revolt steadily gained steam, and at its height, the rebels controlled vast territories stretching from the Volga river to the Urals. In April, 1774, Pugachev suffered a defeat and was forced to flee to the southern Urals, where he raised a new army and returned to the fray, fighting a series of battles on the Steppe, particularly around the city of Kazan, which the rebels burned. After setbacks, the rebels retreated to the Volga river where, outside today’s Volgograd, they were defeated, after which Pugachev’s lieutenants betrayed him to the authorities. The Pugachev rebellion collapsed with the capture of its leader, who was taken to Moscow and executed in January of 1775.