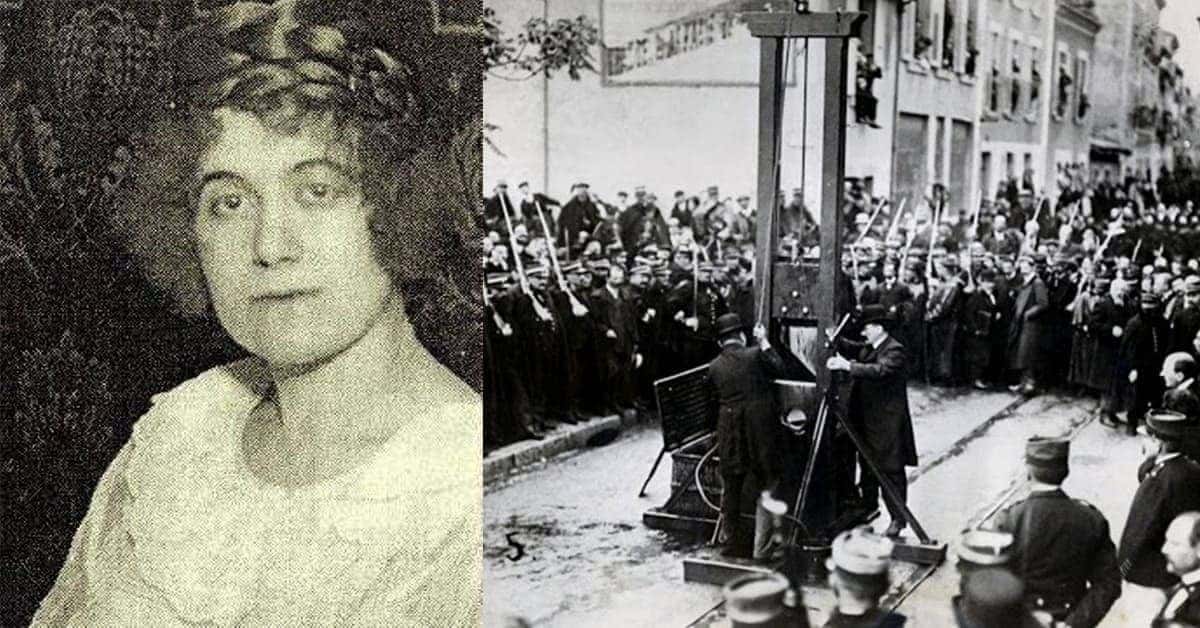 Abortion is a topic of fierce debate in many countries all over the world, and it is an issue we are still discussing today. Government regulation limiting safe access to abortion and forms of birth control forces women to seek alternative methods that often lead to illness and death.

Two women, Marie-Louise Giraud and Simone Veil, acting decades apart, each played an active role in the abortion debate in France. Giraud was guillotined on July 30, 1943, becoming the last woman in France to be executed for performing abortions and the last of five women to be killed during Philippe Pétain’s pro-Nazi Vichy regime. Thirty-two years later, in 1975, Veil, the French Minister of Health and a concentration camp survivor, successfully legalized abortion.

In France, like most countries around the world, the government has passed legislation to control women’s access to safe abortions and methods of birth control. The Catholic Church had always openly condemned abortion, and the Napoleonic Code of 1810 officially banned them, threatening those who had one with prison time.

Things changed in the early twentieth century with the horrible population losses France suffered during World War I. A collection of laws were passed in the 1920s defining the meaning of the term “abortion” and further restricting access to birth control to increase the population.

In 1920, France redefined birth control and contraceptives as forms of abortion, prohibiting their sale and advertisement. Suggesting or paying for abortion also became illegal. In 1923, it became illegal to import birth control from other countries. The law was adjusted to punish both the person who performed the procedure and the patient by making sure these cases faced trial in criminal courts. The abortionist could serve up to five years in prison, and the patient could serve up to two years.

By 1939, worsening economic conditions led to an increase in women terminating their pregnancies, so the government sought to stop this behavior. The Code de la Famille, also known as the Family Code, increased sanctions on those who procured abortions while also rewarding couples who had large families. In the meantime, international tensions were picking up. France declared war on Germany in response to the German invasion of Poland in September 1939.

By May 1940, the French realized that they could not win the war and recognized their eventual defeat. Even though the French government was divided on whether it should retreat to continue the fight or stay and surrender to the Germans, those who supported submission won the debate and agreed to negotiations. The French and the Germans signed the Second Compiègne armistice agreement in June 1940, with Prime Minister Philippe Pétain installed as the head of government the next month, establishing the Nazi puppet state in France known as the Vichy regime.

Pétain blamed the French defeat on the low population collapse of morals of the previous administration and led a social revolution focused on conservative values that focused on the women of France being obedient, fertile housewives. The Vichy regime made it difficult for women, many of whom were alone due to their husbands being held as prisoners of war by the Germans, to support themselves. Married women couldn’t hold certain jobs, but the state made certain provisions for them if they stayed home with their families. Still, food and supplies were short. Some women turned to odd jobs to support their families, including prostitution.

Marie-Louise Giraud lived during a time of great upheaval in her home country. Born on November 17, 1903, into a low-income family, she was briefly imprisoned as a young woman for theft and fraud before settling down in the port city of Cherbourg, marrying a sailor and having two children. She cleaned houses and worked as a laundress to support her family. When the Nazis occupied Cherbourg in June 1940, there was an influx of prostitutes to the area, and Giraud rented rooms out to them.

Marie-Louise Giraud’s true motives as an abortionist are unclear. We can only assume that with two children to care for herself, she knew how hard it was to make ends meet. We are aware that she rented rooms to prostitutes, so she saw the high number of prostitutes and as well as wives in Cherbourg dealing with unwanted pregnancies. Whether her reasons were to offer women a way out of unwanted pregnancies, a way to make extra money to provide for her own family, or both is unknown. Still, she performed abortions on 27 women, including one who died in January 1942. An anonymous letter detailing Giraud’s activities written in October 1942 led to her arrest.

By 1942, abortionists were tried by State Tribunals and faced the death penalty. During her trial, prosecutors attacked Giraud’s character more than her activities. Philippe Pétain called her an immoral woman. She was labeled as faiseuse d’anges, an “angel-maker,” a derogatory term for a woman in the non-medical profession who assists in the termination of a pregnancy.

The Advocate General, the special prosecutor who presided over the trial, advised that the only punishment for her was death. The panel of judges that tried her case agreed and sentenced her to death. Pétain condemned Giraud and refused to commute her sentence to save her life.

Giraud’s sentence meant that she would face the guillotine. Famous for its role in the Reign of Terror during the French Revolution, the guillotine was the French preferred legal form of execution until 1981. Giraud was executed on July 30, 1943, outside the prison de la Roquette, the last woman executed during the Vichy regime.

She is often misrepresented as the last woman executed by guillotine in France, but four more women, all convicted murderers, were killed between 1947 and 1949. The last woman to be executed in France by guillotine was Germaine Leloy-Godefroy, on April 21, 1949. After the end of World War II, the French government outlawed the death penalty for abortionists, but they were still heavily prosecuted.

The story of Marie-Louise Giraud is vital to the history of reproductive rights in France, yet not many people know who she is. There is a minimal reference to her in popular culture. The 1988 French film Une affaire de femmes (Story of Women), starring Isabelle Huppert and based on the book by Francis Szpiner, is a highly fictionalized representation of Giraud’s actions, yet is cited more as a criticism of the Vichy regime. The film won numerous awards and nominations, including a Golden Globe nomination for Best Foreign Film, and frequently appears on must-watch lists.

Despite the relative silence regarding her life story, Giraud’s death had far-reaching effects in France that she could never have foreseen. At the time of her death, a young student named Simone Jacob was about to begin her last year of high school. She was arrested by the Germans days after she finished her studies in March 1944. By the end of World War II, she had survived both Auschwitz-Birkenau and Bergen-Belsen concentration camps, and her mother, father, and brother were dead.

After the war, she went to law school, where she met her husband, Antoine Veil. After many years of law practice, she became a magistrate judge. As a magistrate, she worked tirelessly to help women. As a senior official in the National Penitentiary Administration, she improved the conditions and treatment in women’s prisons.

Veil also worked during the Algerian War to group Algerian women prisoners together and allowed them to pursue their education. In 1964, as Director of Civil Affairs, she improved the rights of French women in family matters by allowing them an equal role in family legal issues, increasing rights for single mothers, and giving women more adoption rights.

Veil’s most remarkable achievement was her role as Minister of Health from 1974 to 1979. In this capacity, she became a champion for women’s reproductive rights. Since 1967, the sale of birth control had been legal in France, but it was still difficult to obtain. By 1974, Veil had passed a law that eased the restrictions, making birth control more accessible to all women. She is most known for legalizing abortion, which was a long and challenging process.

She was met with resistance, in which she and her family were threatened, most of the threats being anti-Semitic in nature. Still, she succeeded in passing the legalization of abortion on January 17, 1975, thirty-two years after Giraud’s execution. In addition to what is now called the Veil law, she was also able to pass legislation that provided health care, maternity benefits, and monthly stipends for child care for women. Veil died on June 30, 2017.

The History Press – The Signing Of Armistice

ACTU Paris – Marie-Louise Giraud, The Angel Maker Who Ended Up Guillotined In Paris

ECLJ – The Deconstruction of the Veil Law on Abortion