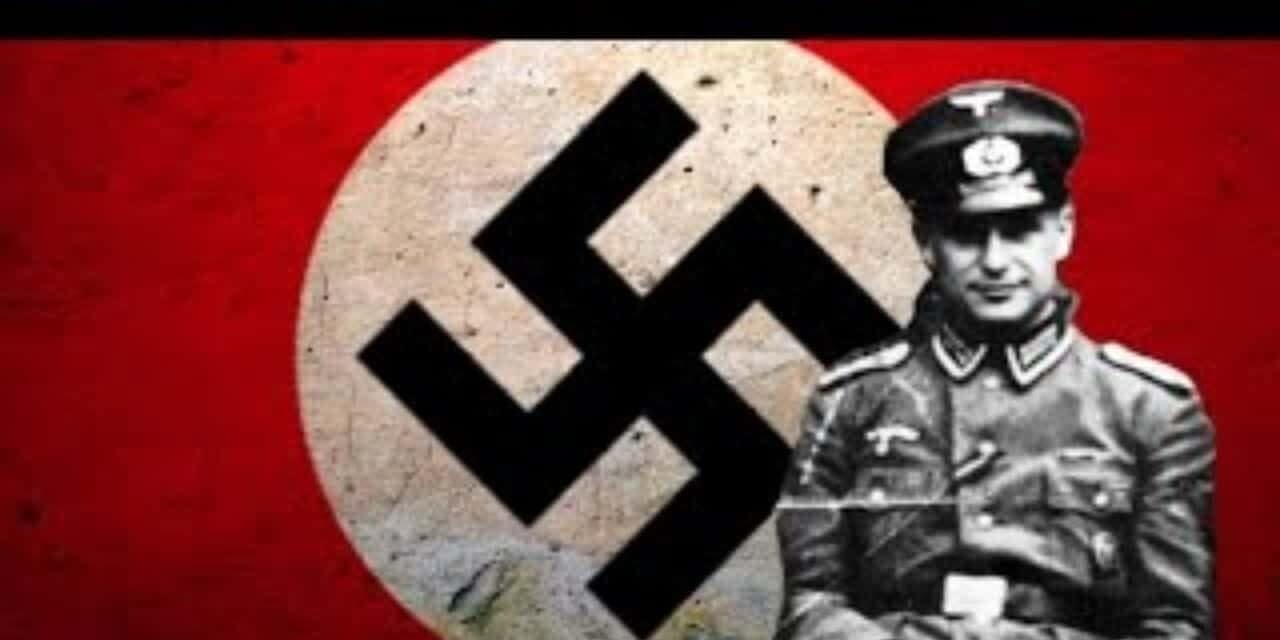 Even by the low standards of Nazi officers, Klaus Barbie was a monster. He earned the sobriquet the â€˜Butcher of Lyon’ for torturing French prisoners when he was stationed in the city. After World War II, instead of being executed as a war criminal, Barbie was used as a CIA â€˜asset,’ and the American intelligence agency helped him escape to South America.

Klaus Barbie was born in Bad Godesberg, Germany in 1913 and suffered abuse at the hands of his father who served in World War I. A twist of fate changed his life completely in 1933. He was supposed to become an academic, but when his father and brother died in the same year, Barbie changed direction and ultimately joined the Nazi labor service while unemployed. In 1935, he became a member of the SS security service before officially joining the Nazi Party in 1937.

He was assigned to Amsterdam in 1942 after the Germans occupied the Netherlands, but switched to Dijon and then Lyon in November of that year. It was here where Barbie’s infamy grew as he took pleasure in brutally torturing captured French prisoners, including children. Barbie’s biggest achievement was arresting one of the leaders of the Resistance, Jean Moulin. In 1943, he received the Iron Cross First Class for his activities in France. Barbie also deported a group of Jewish children to Auschwitz in 1944.

Like many other Nazi ranking officers, Barbie went on the run in 1945 when it was clear the Germans would lose the war. Details about his initial capture are unclear (it is suggested the British recruited him first in 1947), but instead of facing prosecution for war crimes, Barbie was instead used as an agent by the U.S. Army Counterintelligence Corps (CIC). Historians believe Barbie was directly responsible for up to 14,000 deaths, yet the United States decided to use him and other members of the Nazi Party to help them fight communism.

The French had sentenced Barbie to death for war crimes, and once they found out he was in American hands, they appealed to the U.S. to hand him over for execution. Apparently, the U.S. High Commissioner in Germany, John McCloy, refused. It is alleged that the CIC helped Barbie flee to Bolivia in 1951 and gave him a new identity where he became known as Klaus Altmann. It isn’t known why the CIC took this course of action. Perhaps the agency was suspicious of alleged communist sympathies within the French Government, or maybe it was embarrassed by their decision to recruit him. Whatever the reason, it was a disastrous mistake, as their â€˜asset’ eventually assisted in the illegal drug explosion in South America.

Barbie attained Bolivian citizenship under his assumed name in 1957 and once again benefitted from America’s rabid anti-communist stance. The United States was worried about the rise of communism in South America, so its government was happy to finance secret deals and covert operations to support right-leaning governments in the region. The growing cocaine industry played a pivotal role, and once again, Barbie assisted the Americans in their operations.

Barbie quickly made friends with high-ranking members of the Bolivian army. In 1964, General Barrientos swept to power in the country following a coup and Barbie happily assisted him. The former Nazi also tried to claim credit for the capture and execution of Che Guevara in 1967. Bolivian troops ambushed the rebel and killed him. Barbie claimed that he shared his knowledge of guerrilla warfare with the Bolivians and this helped them find their foe. He also had little respect for the fallen revolutionary. According to Barbie, Che Guevara was a â€˜myth’ who â€˜achieved absolutely nothing’ and â€˜the poor man wouldn’t have survived at all if he fought in the Second World War.’

During his time in South America, Barbie was involved with the formation of a drug shipping company that generated millions of dollars. After yet another coup in Bolivia in 1970, Barbie remained in the country to assist the new regime. He was apparently paid $2,000 a month for â€˜consulting services.’ In 1971, the French Government identified him as the ‘Butcher of Lyon’ and they demanded extradition. However, the Bolivians refused to comply because Barbie was a citizen of their country.

With his freedom once again guaranteed, Barbie continued to assist the CIA in its activities; he played a role in Operation Condor, which was part of the war on communism. He was also a member of the Bolivian Cocaine Coup in 1980, and he led a neo-fascist group called the FiancÃ©s of Death in the same year. This group of thugs was mainly comprised of Europeans who wore uniforms with no identifying markings, although some of them wore swastika armbands.

Barbie’s nefarious activities continued well into the 1980s as he helped Bolivia supply drugs to the United States. He was a staunch anti-communist by this stage, and it is alleged that he met leading drug suppliers such as Pablo Escobar. Barbie was also close allies with notorious Bolivian drug lord Roberto Suarez Gomez.

The ex-Nazi’s luck finally ran out in 1983 when Bolivia elected a democratic government. He was extradited and transported to France for trial. The charges against him included his activities with the Gestapo in Lyon between 1942 and 1944. The trial didn’t begin until 1987, and it was recorded on video because of its historical significance. Barbie was charged with a total of 41 crimes against humanity based on witness testimony from French Resistance members and Jewish survivors who saw him torture and murder prisoners.

Barbie gave his name is Klaus Altmann and asked to be returned to his cell because his extradition was illegal. This request was granted, but he eventually faced his accusers on May 26, 1987. He refused to respond to the testimony, and his defense tried to argue that his crimes were no worse than those committed by France during the Colonial age. The court dismissed the argument and found Barbie guilty. A life sentence was handed down on July 4, 1987. Barbie served only four years because he died of leukemia and cancer of the prostate and spine in a Lyon prison on September 23, 1991, at the age of 77.

Defense Media Network – The Death of Jean Moulin: The French Resistance Gets Its Greatest Martyr

Los Angeles Times – They Burned All of Them’: Barbie Trial Focuses on 44 Slain Jewish Children