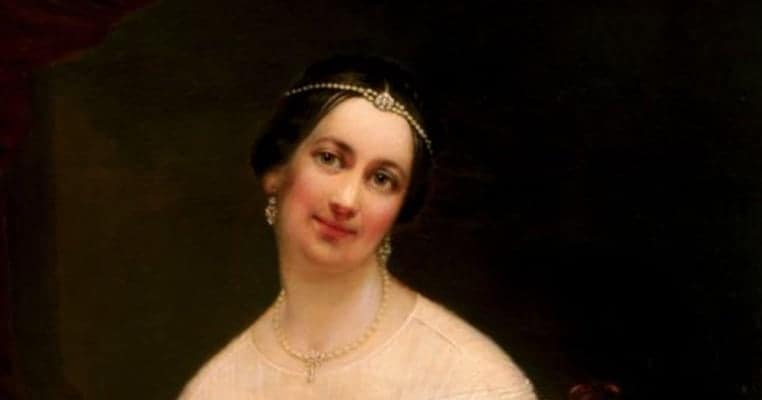 1. The former First Lady had to fight hard to get an official pension – but only had a few years of financial comfort at the end

In the end, Julia Tyler was able to live her last few years in relative comfort. After months of lobbying hard, in 1880, Congress finally agreed to pay her a monthly allowance. Though this was far short of the official pension Julia wanted – and believed she deserved – it eased her worries considerably and allowed her to be more independent. Then, the unexpected death of President James Garfield in 1881 led to a change in the rules. Congress finally agreed to grant the widows of former Presidents an annual pension of $5,000 – a sizeable sum and enough for Julia to live more than comfortably.

Sadly, however, Julia would only live another 8 years. In July of 1899, she suffered a stroke whilst on holiday in Richmond. She died shortly afterwards in the Exchange Hotel in the city. Since she had converted to Roman Catholicism late in life, she was given a full religious funeral. While her husband might be one of America’s ‘forgotten Presidents’, Julia is remembered as one of the country’s most colourful First Ladies, even if her attitudes to slavery do taint her legacy.

“Julia Gardiner: Wife of a President.” The East Hampton Star.

“Women and Slavery: Julia Gardiner Tyler and the Duchess of Sutherland.” The Virginia Magazine of History and Biography.