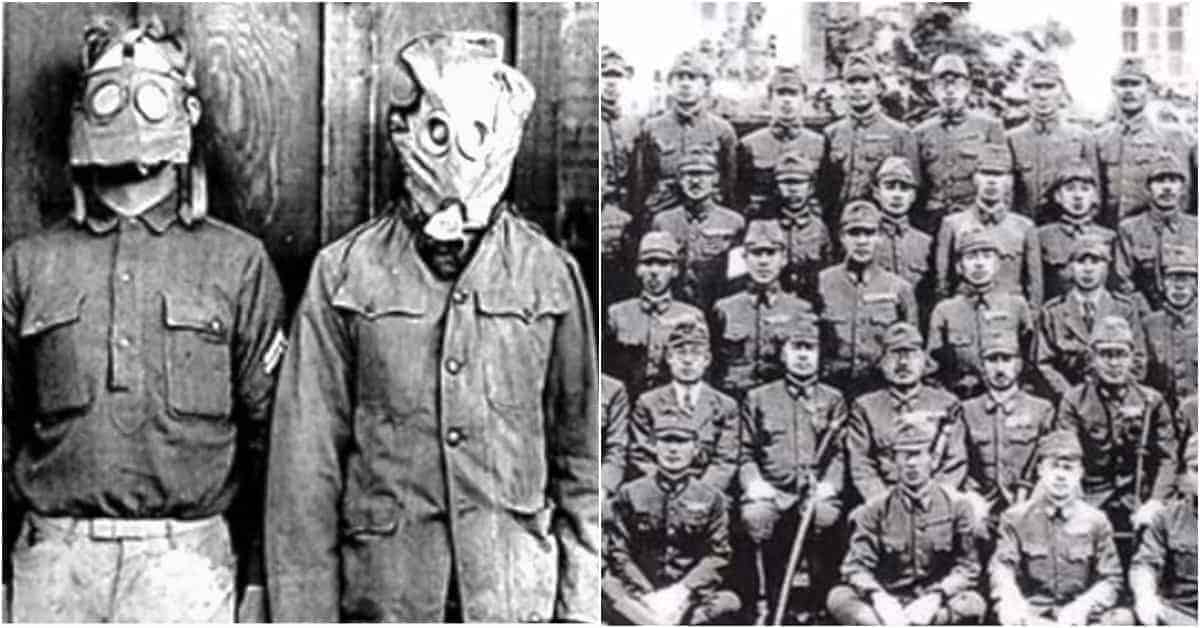 The 20th Century is full of examples of man’s inhumanity to man. The horrors of the first World War early in the century set the stage for what was to become one of the darkest periods in human history. And no event serves as a more terrible reminder of how evil people can be than the atrocities that followed in the second World War.

The crimes of Nazi Germany in occupied territories and the industrial slaughter of the Holocaust resulted in the deaths of millions of people. But the second World War was truly a global conflict and evil was found everywhere it was fought.

Though they often get less popular attention than those of the Germans, the Japanese military’s crimes were certainly horrific. The occupation of Nanking by the Japanese Army led to a maelstrom of violence that lead to tens or possibly even hundreds of thousands of deaths among the residents of the city.

The story of Unit 731 really began before the Second World War with the person who would eventually lead the unit’s activities, Shiro Ishii. Ishii was a medical officer in the Japanese military who specialized in studying infectious diseases. This kind of research was a popular subject for Japanese Army researchers like Ishii, who realized the importance of keeping troops healthy in the field. But Ishii also realized that infectious diseases could be turned against an enemy’s troops and began to advocate that the military look into developing biological weapons.

In 1930, Ishii petitioned the government for funding to form a research team that would study the effects of pandemic diseases. The government agreed and Ishii began work at the “Epidemic Prevention Research Laboratory,” where he claimed publicly to be working on ways to protect Japanese troops from diseases. This was actually true in one sense. Much of Ishii’s work was dedicated to researching effective ways to treat and prevent infectious diseases. However, Ishii’s actual intentions were always far darker. He wanted to learn which diseases would be the best candidate for weaponization.

With the permission of his direct superiors in the military, Ishii began to look for ways to turn his knowledge of preventing diseases towards finding ways to spread them. Ishii began testing various diseases on animals to see which spread quickly and killed efficiently in the hopes of finding the perfect biological weapon. However, Ishii felt that what he really needed to achieve his goal were human subjects. Because his research unit operated in Tokyo, ethical concerns and fears of containing the diseases he was testing prevented him from acquiring these subjects. However, events would soon provide him with the opportunity he needed.

In 1931, a Japanese military officer placed dynamite near the tracks of a Japanese-owned railway line in the region of Manchuria in North-East China. The resulting explosion did little actual damage, but officers in the Japanese Army seized the opportunity and blamed Chinese saboteurs for the attack that they themselves had engineered. Using the event as a pretext, they launched an invasion, quickly taking control of the region from the Chinese. The Chinese government, which didn’t want a war with Japan, offered little resistance and Japan set up a puppet government under the last Qing Emperor of China, Puyi.

Shiro Ishii recognized the opportunity to collect subjects from the civilian population of Manchuria and moved to Zhongma Fortress near the city of Harbin in Manchuria. There, Ishii organized a secret research group called the “Togo Unit” and began his research in earnest. During the occupation, the Japanese Army and secret police frequently arrested Chinese civilians and resistance fighters, as well as common criminals. Many of these prisoners ended up in Zhongma fortress, where they fell under the control of Ishii and the Togo Unit.

Ishii began to test the effects of various diseases on his human subjects. Under the guise of giving them vaccines, prisoners were injected with different bacteria or viruses to see how long it took for them to become infected. After the infection set in, the prisoners were monitored to see how the disease developed compared to other prisoners. In many cases, prisoners were then cut open while still alive to study the effects of the disease on their internal organs. Those who didn’t die from these tests were executed.

In 1934, a prisoner at Zhongma managed to overpower a guard and take his keys. He then freed forty of his fellow prisoners and scaled the walls of the fortress. Many of the prisoners attempting to escape were shot or recaptured, but a few managed to get away and spread the word of what was going on inside the prison. This escape and loss of secrecy lead Ishii and his superiors to close down their research at Zhongma and move to a new facility. There, the unit acquired the name by which it is most well-known: Unit 731. And there, they continued their horrific experiments.

Unit 731 was able to continue getting its supply of fresh subjects through the Japanese secret police, the Kempeitai. The Kempeitai arrested Chinese civilians on trumped-up charges of “suspicious activities” at the behest of Unit 731, which gave them instructions on whom to arrest. Ishii wanted to make sure that his subjects reflected the general population, so pregnant women, children, and the elderly were all arrested on these sorts of charges and brought to Ishii’s facility for tests on the effects of different diseases. And because Ishii wanted to test the effects of disease on different races of people, the large Russian community in Harbin was frequently targeted by the Kempeitei. In Ishii’s eyes, everyone was a potential subject for his twisted experiments.