How Superman Became the Most Recognizable Superhero 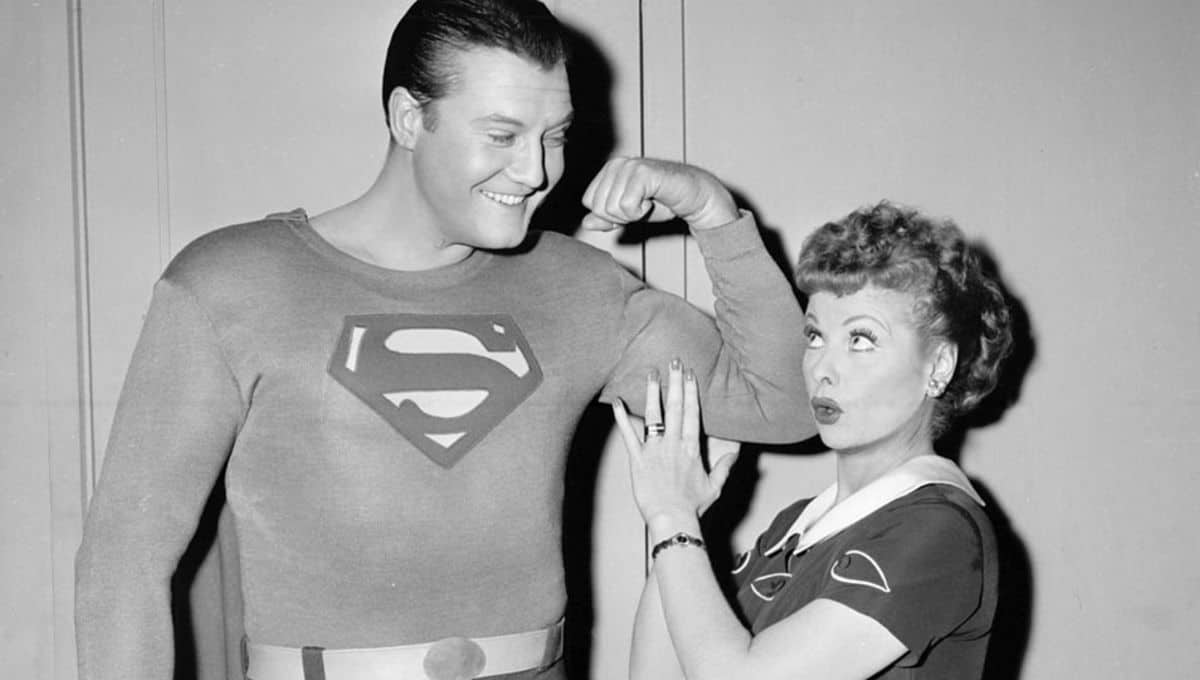 How Superman Became the Most Recognizable Superhero

16. Superboy served to update and backdate the stories of Superman and other Superheroes

In the 1950s the editors of DC Comics decided to set the stories featuring Superboy in the early to mid-1930s. This allowed them to jibe with the emergence of Superman in 1938. In the 1970s the decision was made to keep Superboy about 15 years chronologically behind Superman. Thus, 1970s Superboy stories appeared to take place in the 1950s. In the 1980s Superboy appeared to live in the 1960s and 1970s. In 1960 Superboy first encountered the cosmic imp Mr. Mxyzptlk, sixteen years after Superman had first met the villainous imp. Superboy also appeared in a group of juvenile superheroes, the Legion of Superheroes, which appeared in Adventure Comics, Superboy, and The Legion of Superheroes. The membership of the legion expanded and contracted over time, though Superboy was nearly always included.

The changes, backdating, updating, and characters introduced in Superboy and his associated magazines meant the original story of Superman appearing in Metropolis in 1938, an unknown until then, was completely wrong. Superman was already acquainted with Lois Lane, Perry White, Jimmy Olsen, and others of his world, having met them during his many adventures as a boy. He was also already aware of the dangers of kryptonite, the full use of his superpowers, and his need to retain the dual personalities of Clark Kent and Superman. The many different lives of Superman and Superboy were resolved, partially, through the creation of alternate universes and Earths beginning in the latter portion of the 20th century, which brought other changes to Superman as well.

17. Little has ever been known about Clark Kent’s home life

Although Clark Kent lives in Metropolis, having grown up in Smallville, little is known of his actual residence after leaving the bucolic community and farm. He had an apartment at 344 Clinton Street in Metropolis, where he lived for years. Superman kept a room for Clark’s use (in order to protect his secret identity and fool his friends) within his Fortress of Solitude. The Fortress of Solitude serves as Superman’s retreat and private refuge, and like all things Superman there have been several. His first such refuge was called his Secret Citadel, cut out of a mountainside not far from Metropolis. Later versions have appeared in the Arctic, the Antarctic, the mountains of Peru, the Amazon, under the Sargasso Sea, and orbiting in space. Despite its formidable location and defenses, it has been breached many times by Superman’s enemies, including Lex Luthor, Brainiac, and others.

While in Metropolis Superman lived as Clark Kent, in the apartment mentioned above. In the 1980s another reboot of the Superman story created a more assertive Clark than his predecessor, and that version of the character proposed marriage to Lois Lane, as well as revealing his long-held secret of being Superman. They were finally married in 1996, as the Kents rather than as Mr. and Mrs. Superman. The engagement was a long one, complicated in part by Superman’s death in combat. Another complicating factor was the television series Lois and Clark: The New Adventures of Superman, which did not want the couple married prematurely. Lois and Clark had not yet married when Superman died in January, 1993, beaten to death by the supervillain Doomsday. It took another three years to resurrect the Man of Steel and get him to the altar, disguised as Clark.

18. Christopher Reeve helped bring Superman back to the fore after a decade of waning interest

When little-known actor Christopher Reeve auditioned for the role of Superman in 1978 he was not a fan of the character and had little knowledge of the comics. He had watched the 1950s Adventures of Superman starring George Reeves, and had some idea of how he wanted to play the role. He was told to play only Superman, and when portraying Clark Kent to perceive of it as a role within the lead role. The filming was difficult, all of the flying sequences were done with wires and harnesses. CGI was not yet a major factor in making action movies. Reeve won mostly rave reviews for his performance as Superman, and the initial film of the series grossed over $300 million worldwide, making him a major box office draw. Unfortunately for both Reeve and the character, the three sequels which followed did not perform as well.

Reeve’s tragic horseback riding accident in 1995 left him paralyzed from the neck down, confined to a wheelchair for the rest of his life. Coupled with the tragic loss of George Reeves after his association with Superman, gossip surfaced the role was cursed. Reeve and his costar as Lois Lane Margot Kidder dismissed the idea of a curse affecting performers in Superman productions, and Reeve recognized his role as the making of his sadly shortened career. Reeve’s performances as Superman and Clark Kent changed the way the dual part was perceived by actors in live action films and television productions, and remained true to the Superman of the original comics. Christopher Reeve died from complications as a result of his accident on October 10, 2004.

19. Superman continues to evolve and his story changes to the current day

Despite the now several different versions of Superman, depending on the timeline, section of the metaverse, and characters involved, continue to adjust to changes in the current day. Yet his basic premise, first appearing in 1938, remains the same. A powerful and nearly omniscient father sends him to Earth, along with instructions regarding his great powers and his obligations to use them for the benefit of others. On Earth he becomes a savior figure, doing battle with evil in all forms, while overcoming his own weaknesses and limitations. He restricts his own enjoyment of life in order to be available to render needed assistance at all times. In one story arc, he died following a brutal beating at the hands of Doomsday, only to be later resurrected and emerged triumphant.

Although far from the image of the overgrown, overly powerful Boy Scout he presented in the 1950s and 1960s, he still refrains from excessive violence whenever possible. He is focused on the protection of humans and the planet on which they live, but not to the detriment of other species, or life forms. Since his first appearance, Superman has fought against common criminals and crime lords, supervillains and aliens, Nazis, Fascists, Communists, domestic and foreign terrorists, and every imaginable, for some unimaginable, enemies of peace and tranquility for the human race. And there are even some clues regarding how Superman and his world will continue to evolve in the future.

20. A future for Superman is all but ensured

In the 2010s several reboots of DC Comics’ entire lineup of Superheroes addressed the relationship of Clark Kent and Lois Lane, as well as Superman. In 2016 a reboot, called DC Rebirth confirmed the continuing relationship between Clark/Superman and Lois as married, and the biological parents of Jonathan Kent. Jonathan Kent became the new Superboy in 2017 and frequently appears with both of his parents in both Superman and Action Comics magazines. The many reboots and metaverse of the Superman saga are difficult for casual fans to comprehend. As a result, Superman currently does not rule the superhero realm as he did in his storied past. But, he has long been called the Man of Tomorrow.

Superman and his friends and enemies continue to appear in films, television productions, video games, computer animations, collecting cards, graphic novels, full novels, merchandise, collectibles, commercials, school supplies, posters, and of course, in comic books. Comic books from the classic Golden and Silver ages of Superman in good condition command huge sums from collectors. Children still wear Superman costumes at Halloween, as do many adults to judge from their availability on websites. As of this writing, Superman is nearly 84 years of age, but all indications are that he will continue to enjoy a fruitful life in the realms of entertainment and imagination.

“The Architecture of Superman: A Brief History of The Daily Planet”. Jimmy Stamp, Smithsonian Magazine. June 12, 2013

“When Did We Learn That Superman’s Powers Came From Earth’s Yellow Sun?” Brian Cronin, CBR.com. May 14, 2019

“The First Onscreen Superman Was a Gorgeous Series of Animated Shorts”. Charley Parker, TOR.com. May 14, 2013

“What did Superman, Batman and Wonder Woman do in the war?” Michael Sangiacomo, Cleveland Plain Dealer. November 24, 2015

“8 Things You May Not Know About Superman”. Jesse Greenspan, History Stories. History.com. January 12, 2021

“Adventures of Superman: Stamp Day for School Children”. Film, US Department of the Treasury. Internet Archive.