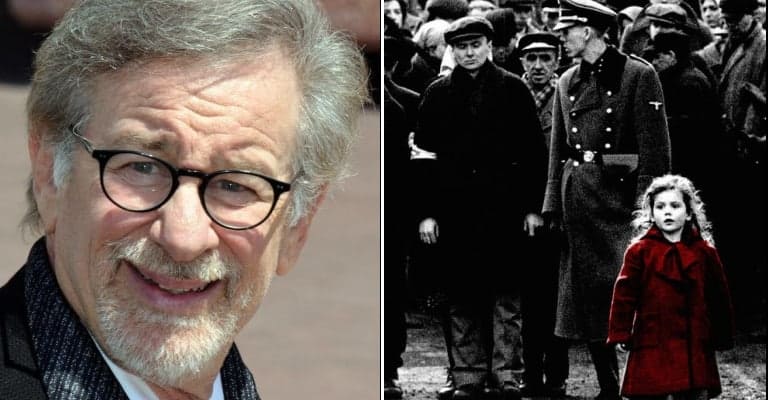 28. Lawrence of Arabia Almost Made Him Give Up On His Dream

The movie was done so spectacularly well that when Steven saw it, he realized that his cinematography would never be able to measure up to the genius in Lawrence of Arabia. Still, the 1962 movie had such a significant impact on the teenage Spielberg that he went and bought the soundtrack, then listened to it regularly for months. When he met the producer, David Lean, he felt like he was meeting a master.

While a student at California State University in Long Beach, he worked an unpaid internship at Universal Studios. While there, he had the opportunity to write and produce a half-hour film called Amblin’, a 1960s love story about two hippies who met in the desert. It won multiple awards at the studio and gained the attention of Universal’s vice president, Sidney Sheinberg.

26. He Became One of Hollywood’s Youngest Producers Ever

Following the success of Amblin’, Universal Studios offered Spielberg a 7-year contract as a director, thereby making him the youngest director ever to have a long-term deal with a major studio. He dropped out of college to pursue his career and later returned to complete his bachelor’s degree in Film and Electronic Arts in 2002. By that time, he had long since been a household name.

25. Joan Crawford Was Horrified to Work With Him

One of Spielberg’s first assignments under his new contract was to direct a show that featured Joan Crawford. She was speechless at the thought of a 21-year-old kid leading her show and wondered what the film studio was doing to her. Her perception completely changed when she met Spielberg and realized the genius that he inherently possessed. The two became close friends until Crawford’s death.

The 1974 movie, which featured Goldie Hawn and other significant actors at the time, was about a man and woman who had to run from the police while trying to regain custody of their child. It won critical acclaim, and The Hollywood Reporter touted that the film signified a new direction for movies. However, it did quite poorly at the box office.

After The Sugarland Express, the studio allowed Spielberg to direct a movie based on the book Jaws, which had just been published. The 1975 blockbuster won three Academy Awards – editing, original score, and sound – and made Spielberg both a multimillionaire and a household name. It earned nearly $500 million at the box office in what was a new record and sparked “Jawsmania.” The film about a monstrous shark terrorizing beachgoers continues to enthrall audiences around the world.

The production went months over schedule, and millions of dollars over budget, plus Spielberg had to deal with the fickleness of shooting on a beach. One of the biggest challenges was creating a dummy shark that would, despite the ocean’s tides, stay below water and occasionally surface. Spielberg described the experience as a professional crucible, but he persevered and finished the film. Hollywood hasn’t been the same since.

21. Close Encounters of the Third Kind Secured His Success

Often, artists who have major success at the beginning of their careers have a hard time recreating that original success with later productions. Spielberg was an exception, as his next film, Close Encounters of the Third Kind, earned him an Academy Award nomination for Best Director, as well as two Oscars. He both wrote and directed the film, which was inspired in part by his earlier amateur production, Firelight.

20. Spielberg Teamed Up With George Lucas for Indiana Jones

George Lucas was riding on the immense success of Star Wars when the two directors teamed up, alongside Star Wars star, Harrison Ford, to create the Indiana Jones trilogy. They became landmark films in the action-adventure drama, as well as historical fiction. For Raiders of the Lost Ark, Spielberg received another nomination for Best Director. Indiana Jones and the Last Crusade beat out rival Batman in 1989’s global box office sales.

Spielberg claimed that E.T. wasn’t about a lost alien but about a lost little boy who found the friend that he needed in an otherworldly visitor, based on his own imaginary friend that he created following his parents’ divorce. It won four Academy Awards and launched the career of another Hollywood legend, Drew Barrymore, who played Elliot’s younger sister. Ultimately, the movie became the highest-grossing film of all time.

18. Steven Spielberg Wrote the Script and Produced The Goonies

The Goonies, a movie about a group of kids who try to save their neighborhood and in the process find a buried treasure, has been a cult classic since its release in 1985. In 2017, the movie became part of the United States National Film Registry, a program of the Library of Congress that preserves films based on their cultural significance.

17. Spielberg Took on Racism With The Color Purple

The Color Purple was based on a book by Alice Walker. Though some criticized the film as being overly sentimental, it remained in theatres for a whopping 21 weeks and earned Academy Award nominations for stars Whoopi Goldberg and Oprah Winfrey. Seeing as Spielberg’s movies drew heavily on his own experiences, one challenge that he had to overcome was that he did not have the lived experiences of being African American.

16. He Shot the First American Film in Shanghai Since the 1930s

When Spielberg produced the Empire of the Sun, he took advantage of the thawing tensions between China and the United States by filming it on-site in Shanghai. The film received enormous critical acclaim and was declared one of the best films of the 1980s. However, like The Sugarland Express, it did not receive much attention from the general public. It showed that Spielberg could not rely on his popularity for continued success.

Loosely based on James Barrie’s Peter Pan, Hook told the story of middle-aged Peter Banning who returns to Neverland to save his children. He realizes that he is a grown-up version of Peter Pan and recovers his own imagination, which he uses to defeat Captain Hook, who is holding his children hostage. The $70-million-film grossed $300 million and remains popular with both children and adults.

In 1993, Spielberg took the cinematic world by storm when he adapted Michael Crichton’s thriller about dinosaurs in the modern world to the big screen. The film earned close to one billion dollars at the box office, setting yet another record for the highest-grossing film. It was the first in a franchise of both movies and other entertainment forms and, with George Lucas providing the special effects, set a new standard for Hollywood thrillers.

Spielberg was Jewish, and as he came to reconcile with his father, he also began to appreciate his Jewish identity. He wanted to tell a story about the Holocaust, and he chose the novel about a factory owner who hired Jews to save their lives because it was unlike any other Holocaust story. He shot the film in black and white because he had only seen footage from the Holocaust in black and white; he didn’t know how to experience such a traumatic experience in color.

In 2007, the American Film Institute honored the 1994 film when it listed the 100 greatest American movies of all time. The film won Spielberg an Academy Award for Best Director and also won Best Picture. For Spielberg, though, the film wasn’t about success but about coming to terms with his people’s history and making the world aware of the horrors of the Holocaust.

The heroism amidst rampant, unmitigated destruction of World War II had inspired Spielberg since he was a teenager. The opening scene of Saving Private Ryan revealed how important those themes were to him, as it featured the amphibious boats landing on the shores of Normandy during the D-Day invasion. The film didn’t even attempt to hide any of the horrors of war.

9. He Delved Even More Into Soldiers’ Lives With Band of Brothers

Band of Brothers was a 10-part television series that Spielberg co-produced with Tom Hanks, the star of Saving Private Ryan. His style of depicting war in the rawest, gruesome way changed how other directors shot war movies. Though he didn’t direct Enemy at the Gates: The Battle for Stalingrad or Black Hawk Down, both of the movies took inspiration from his features that involved World War II.

The early 2000s saw the release of AI: Artificial Intelligence and Minority Report, both futuristic dramas about the limits, or lack thereof, of intelligence and how society should grapple with the new morality that this phenomenon posed. Shortly after that, War of the Worlds featured alien visitors who, unlike those in Close Encounters of the Third Kind, were not friendly but were ultimately destroyed by the microorganisms that have killed so many on earth: bacteria.

Spielberg’s film Munich, which was released in 2005, told the story of the Israeli athletes who were assassinated by Palestinian nationalists at the 1972 Olympics. The story portrays the tragedy by saying both the Palestinian and Israeli sides of the conflict in the Holy Lands, which ultimately led to the massacre. Spielberg felt that his Jewish faith obligated him to tell both the Palestinian and Israeli narratives because there are tragedies and victims on both sides.

Steven Spielberg single-handedly invented the blockbuster. He also set and continually re-set the standards for cinematography and screenwriting so that now, high-quality special effects, dynamic characters, action-packed plots, and moving soundtracks are part and parcel of any successful film. His films were gritty and raw, and ultimately, told stories that emanated from his own experiences so that the world can relate to them.

5. Later Films Continue to Be Successful

Spielberg is now in his seventies, but his film career is still in full swing. In the past few years, he has produced hits like War Horse, Lincoln, Bridge of Spies, and The BFG. They tell compelling stories that, while setting in times and places that people today may not be able to relate to, showcase characters whose everyday experiences of being human to enable them to connect with their worlds in powerful ways.

4. Spielberg Has Been Married Twice

Spielberg’s first wife was Amy Irving, in 1976. When they dated, Amy declined to act in any of his films because she didn’t want her professional career to be built on her being Steven’s girlfriend. They married in 1985 and later divorced; having gone through his parents’ divorce, Spielberg was horrified at what he was putting their son, Max, through. He later married Kate Capshaw, whom he met on the set of Indiana Jones and the Temple of Doom.

Max is Spielberg’s son through his first marriage, to Amy Irving. He has a stepdaughter, Jessica Capshaw, from Kate’s previous marriage. She had also adopted a son named Theo, whom Spielberg also adopted. With Kate, he had Sasha, Sawyer, Mikaela, and Destry. When he isn’t working hard on the set producing another blockbuster, he can be found at home, enjoying time with his children.

Though he grew up in a Jewish family and his parents and grandparents often spoke of life in Russia and the Holocaust, Spielberg distanced himself from the Jewish faith because he felt shunned continuously by it. Kate Capshaw was a convert to Judaism, and through his relationship with her, he rediscovered his own Jewish identity. In addition to his relationship with Kate, the production of Schindler’s List was a turning point for him spiritually.