The Man Behind the Failed Plan: How Galtieri Lost the Falklands War 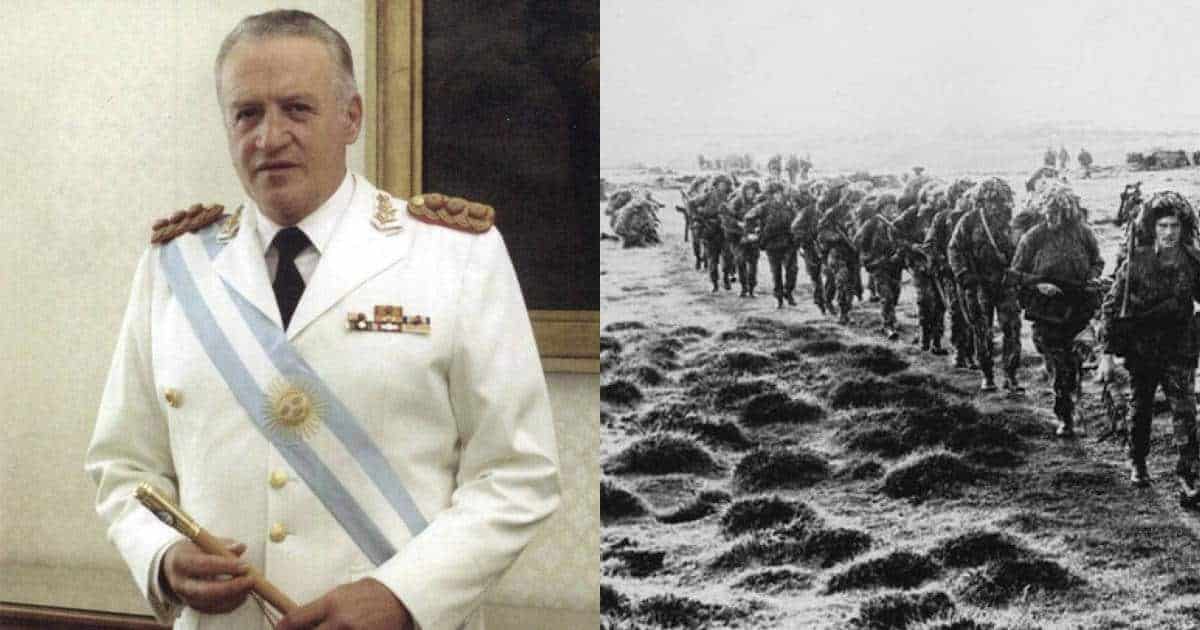 The Man Behind the Failed Plan: How Leopoldo Galtieri Lost the Falklands War

In April 1982, Argentina tried to invade and take over the Falkland Islands. The Falklands are a group of islands off the coast of Argentina which have long been in dispute. Britain laid claim to the islands in 1841 and has maintained crown control since then; despite Argentinean attempts to take back the territory. The crisis of 1982 became known as the Falklands War, when Argentina formed a military junta and invaded the islands. Argentina soon clashed with England, while attempting to establish sovereignty. The conflict over the control of this territory lasted 72 days.

Lead-up to the invasion

Leopoldo Galtieri spearheaded the mission for Argentina and, after it failed, he was stripped of power. Prior to the invasion, Argentina was in political turmoil. The country was in an economic down-turn and experiencing civil unrest. The junta was comprised of military leaders, which governed the country, and led by Leopoldo Galtieri. Galtieri was acting as president.

Leopoldo Galtieri came from a lower class, Italian family. He specialized in engineering and joined the Argentinian army at the age of 17. Galtieri, like many leaders today, was an advocate of using force to resolve conflicts. This was evident in way he handled the Falklands War.

In 1976, the military took over the government of Argentina and set up a junta. This move was supported by Galtieri and he became a key member of the party, eventually acting as president. The Reagan Administration supported this move and saw it as against communism. Galtieri became the principal source of training and funding for the Contras in Nicaragua.

When Argentina was in turmoil in 1982, Galtieri wanted something to unite his people. Invading and taking over the Falkland Islands seemed to be a good option. It had always been an issue for Argentina and in dispute. Galtieri didn’t think Britain would respond at all. This turned out to be a major miscalculation.

Port Stanley was occupied in April 1982. Argentine Marines took over the port and within a few days, thousands landed at the capital. Celebrations began as it seemed Britain was not going to respond. Galtieri was praised as a national hero. Although he was responsible for major human rights violations and repression, it seemed as though he was going to be victorious in a war that united his people.

In May, British Amphibious forces, commanded by Commodore Michael Clapp, headed into Falkland Sound. They landed at San Carlos Water at East Falkland. Before this landing, there was a raid on Pebble Island’s airfield. 4,000 men were sent on shore. The sound became known as “Bomb Alley”, because Argentine forces bombed the British ships so heavily. But Britain would have their revenge.

Britain suffered 258 casualties, while Argentina had 649. Galtieri fell from power three days later and was stripped of his title. He was tried for human rights violations and mismanagement of the conflict. The military court sentenced him to five years in prison. This led to the restoration of democracy for Argentina. Britain gained much national pride and confidence for their victory. Margaret Thatcher won a decisive victory in 1983, partly due to her management of the Falklands crisis.

Carlos Menem gave Galtieri a presidential pardon in 1991, but he was charged with even more human rights violations in 2001. While he was president, torture and execution were commonplace. Between 9,000 and 30,000 left wing citizens completely disappeared from society. These charges would be a moot point, however, because he had cancer. He was admitted to the hospital at age 76 and died of a heart attack in January 2003.

Although Argentina lost the conflict, they still believe they have territorial rights to the Falkland Islands and South Georgia. The Falklands War, though a short-lived conflict, had many long standing ramifications for all those involved.