This Day In History: Truman Announces America's Plan To Develop the H-Bomb 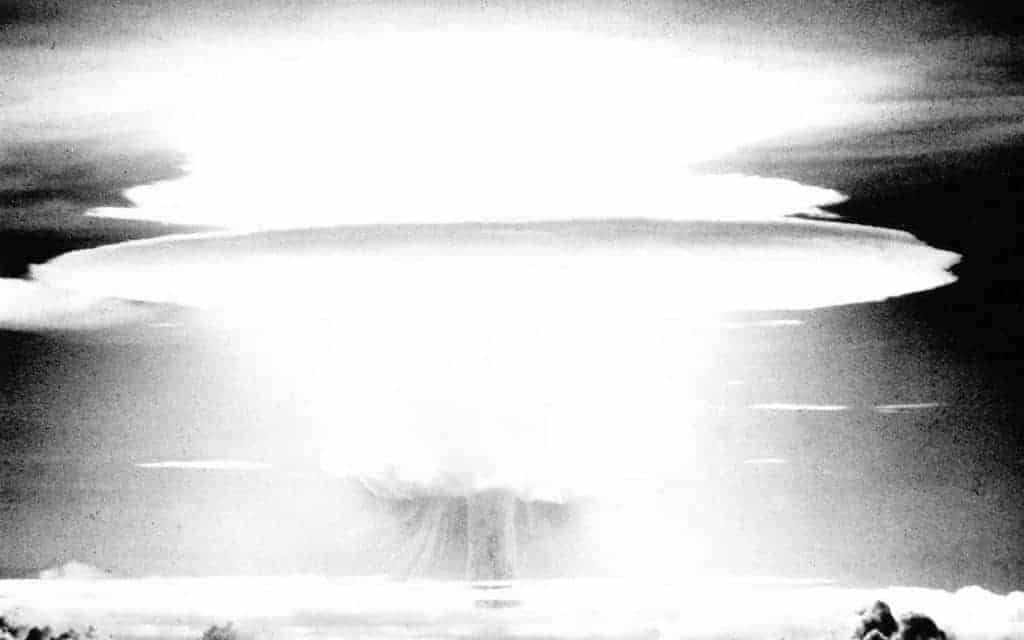 This Day In History: Truman Announces America’s Plan To Develop the H-Bomb

On this day in 1950, the U.S. President Harry S. Truman publicly announces that his administration was committed to developing a Hydrogen bomb. This bomb was going to be many more times more powerful than the Atomic bombs that were dropped on Hiroshima and Nagasaki in 1945.

Truman was eager to support the development of the Hydrogen or H-bomb in order to regain American nuclear supremacy. Some months earlier the Soviets had successfully detonated their own A-bomb at a test site in Central Asia. The Soviet nuclear program had been greatly helped by Communist spies in the American nuclear weapons program. This came as a great shock to the Americans and they were forced to come to the conclusion that the Soviets knew everything about their A-bomb program, Truman was worried because he believed that only the American A-bomb was preventing the Soviets from attacking the west in order to spread communism. Now that the Soviets had the bomb they might be more willing to attack America or its allies.

President Truman was also deeply worried by events in China, because some months previous the communists had seized power in the Asian Giant.

He and his administration believed that they needed to develop a weapon that was even more powerful than the A-bomb. This was essential if the Reds were to be kept in check and to maintain America as the most powerful nation on earth. Truman announced on the radio to the American public that he intended to provide the US military and scientific community with all the resources that they needed in order to develop the H-bomb. The President assured the public that the ‘superweapon’ would only be used as a deterrent.

The Americans raced to develop the H-bomb and it took them over two years. On November 1st the Americans successfully detonated a device, with the codename of Mike on a South Pacific Atoll in the Marshall Islands. The device was 10.4 thermo-nuclear device was developed using the principles of Teller-Ulan. The H-bomb was so powerful that it obliterated the atoll. The mushroom cloud from the explosion climbed to a height of over 50,000 feet within two minutes of its detonation. The cloud stretched for over sixty miles.

The detonation of the H-bomb was deemed to be a great success and many Americans believed that it make them stronger and that the Soviets would never risk a war with the US. However, only three years later, the Soviet’s detonated their own H-Bomb and this ushered in a new and more dangerous phase in the Cold War.