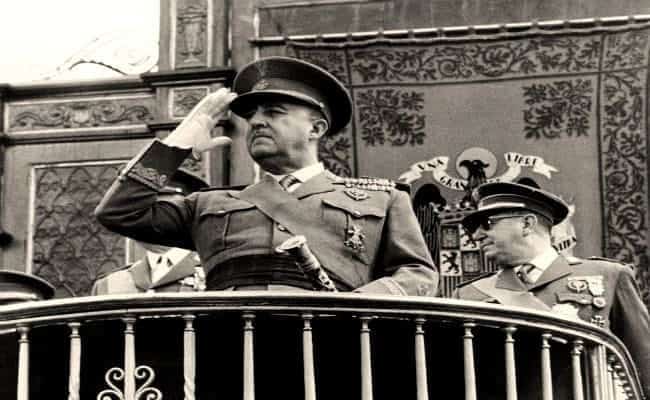 Spain had been in turmoil ever since a referendum had abolished the monarchy. The right and left despised each other and viewed their opponents as their mortal enemy. The Second Republic was a liberal democracy and was soon undermined by left-wing agitators and the demands of the Basque country for more autonomy.

The left exploited the weakness of the Second Republic to further their own agenda and this antagonized conservative elements in the country such as the Catholic Church and landowners. Soon, political violence was endemic in Spain. Things came to a head when the Republicans, an alliance of left-wing and regional parties, won the election. The Spanish army was sympathetic to the right-wing and mutinied in the Spanish colony of Morocco. With the help of the Germans, they then landed forces on mainland Spain.

Franco’s Nationalist forces soon captured much of southern Spain and executed countless left-wing sympathizers. Many of the Nationalists were colonial troops from Morocco. They were unable to take central Spain and were forced to advance to the north, bypassing Madrid. Franco was aided by German, Italian, and Portuguese forces, and was able to secure western and northern Spain.

The Republican government was backed by the Soviets and the International Brigade, which was made up of volunteers from all over Europe who opposed the fascists. The International Brigade was instrumental in defeating successive efforts by Franco to take Madrid. The war was brutal and no quarter was given. Mass executions were common and were carried out by both sides.

In June 1938, the Nationalists drove all the way to the Mediterranean Sea after they captured the Basque country. This effectively cut the Republican government’s territory in two. The Nationalists later mounted an attack on Catalonia and the capital Barcelona. The Catalan capital fell after fierce street fighting and heavy loss of life. The loss of Barcelona was fatal to the Republican cause, and they soon sought peace negotiations. Franco knew that he was winning and he wanted a total victory. Some two months after the capture of Barcelona, the Nationalists entered Madrid and this effectively ended the Spanish Civil War. Franco was to rule Spain until his death in 1975. The Spanish Civil War resulted in the loss of up to one million men, women, and children.