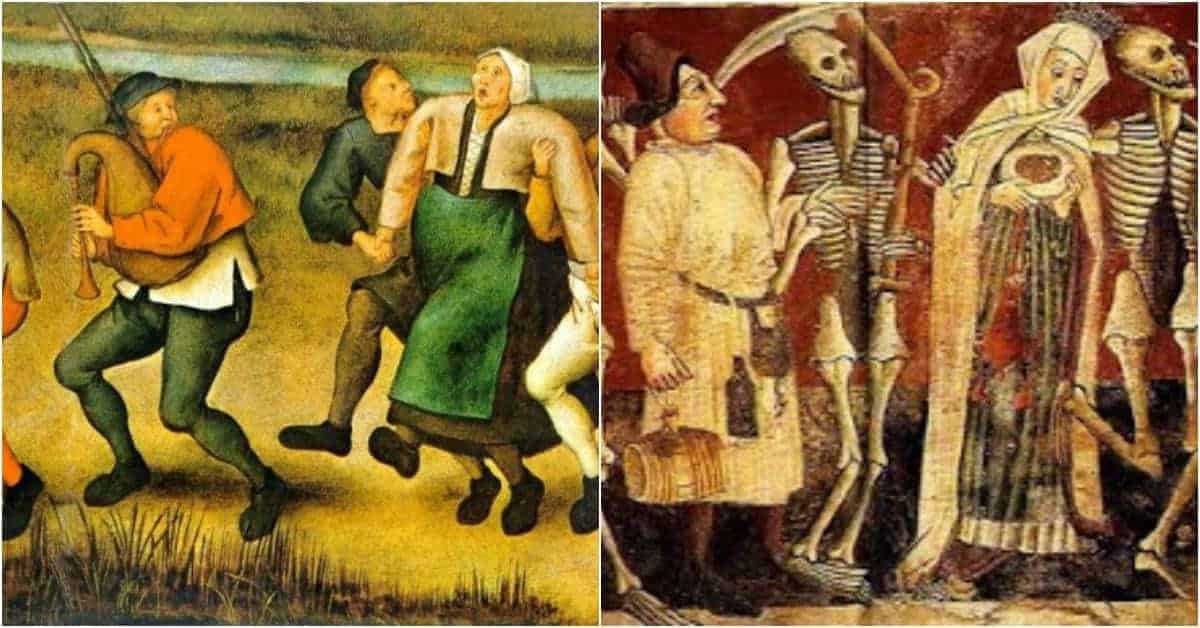 One of the biggest outbreaks began in the 14th century in the city of Aachen in the Holy Roman Empire. This outbreak is also one of the best-documented by contemporary accounts which describe hundreds of people suddenly gripped by the urge to dance. Observers reported people jerking their arms and leaping in the air or grappling with intense hallucinations. Others are said to have collapsed foaming at the mouth or spontaneously died of heart attacks.

In the following few years, dancing mania gripped a number of cities. Outbreaks were recorded in Cologne, Flanders, Franconia, Hainaut, Metz, Strasbourg, Tongeren, and Utrecht. Other cases were observed in Zurich, as well as in cities in Holland and Italy. This may be one of the earliest examples of the mania behaving like a disease that could be spread by human contact, almost mimicking the pattern of other disease outbreaks at the time. But these incidents served only as a warning of things to come. And it was in the next century that the event that came to be known as “the Dancing Plague” hit Europe.

In 1518, a certain Frau Troffea began dancing through the streets of the city of Strasbourg. Within a few days, dozens of others joined in. Within a month, hundreds of people were dancing non-stop in the city. Contemporary witnesses noted that many of these dancers began to suffer what we might recognize today as strokes or heart attacks from the exertion. Some even report that up to 15 people a day danced themselves to death in a state of mania. Priests began to decry the seeming possession of these people in the cathedrals and local nobles began to worry that the plague would begin to spread across the entire city.

The leaders of Strasbourg began to gather and ask what they could do to bring an end to this dancing mania. At the time, Astrology was a much more prestigious field than it is today. And many in the city were convinced that the influence of the stars was to blame. But after consulting with some of the most learned Astrologers and physicians in the city, they came to the conclusion that what they were dealing with was not possession by the planets or demons, but an actual plague caused by an overabundance of “hot blood” among the dancers.

The city fathers decided that the best course of action was to simply let the people dance themselves out. Surely, most would grow tired within a few hours and stop. Thus, musicians were hired to accompany the dancers and the market was cleared to give them room to dance. But as time went on and dancers continued to die, the city decided they needed divine intervention. So, they gathered up the dancers and lead them to a nearby mountaintop shrine where they prayed that God would forgive their sins and free them of their illness.