A Land of Their Own: 6 Colonies That Gained Independence Following World War II 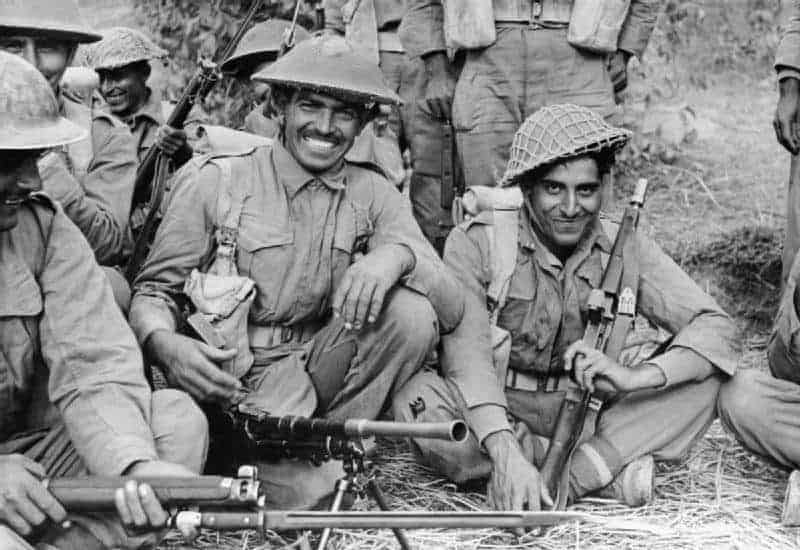 A Land of Their Own: 6 Colonies That Gained Independence Following World War II

World War II had many far-reaching consequences. One important consequence was that it proved to large powers that their respective colonies might go their own way after the war. Colonies became the battleground of the Cold War, as one by one, they moved toward independence and chose their own allies and their own governing systems.

Some colonies took advantage of the situation right away, while others worked with their rulers for a gradual process toward independence. But in the decades following WWII, dozens of countries claimed their independence. In 1945 there were 35 members of the United Nations, but by 1970 the membership had risen to 127, with the bulk of new members being newly independent colonies.

In 1939, the British government was looking for support and soldiers to fight in World War II. British India declared war on Nazi Germany in 1939 and sent over 2 million soldiers to fight. However, the largest political party in India, the Indian National Congress, demanded that India be given its independence in return for helping Britain during the war. London refused the condition and the Congress decided to start a “Quit India” campaign in August 1942.

The outcome of the campaign was the British imprisoning tens of thousands of leaders of the “Quit India” movement. The movement for independence died out for a period, with the Muslim League in India still being large supporters of the war. Billions of pounds were sent from India to Britain to help the war effort in addition to the troops. Nationalism in India rose again when Subhas Chandra Bose joined with the Japanese to create the Indian National Army made up of Indian POWs to fight against the British.

The final nail in the coffin of the relationship between Britain and India was the 1943 famine in Bengal which led to millions of deaths. Churchill was reluctant to send food aid, and Indians began to wonder what they were getting out of their arrangement with the British. When the war ended, India was in a position of power emerging as the fourth largest industrial power and having proved their economic, political, and military strength.

By the end of the war, the Indians were no longer willing to accept a British ruling class, and it was clear that the people of Britain were in no position either militarily or economically to fight India. When the Indian navy and the armed forces mutinied, the British realized they could no longer call on the Indian military force in times of crisis. In 1946 political prisoners of the independence movement were released and discussion began between the Indian National Congress Party and Britain. On August 15, 1947, India was granted independence.

Up until World War II, France had maintained control of Vietnam. But it was events that occurred during World War II that would lead to the First Indochina War. In 1940 the Japanese invaded French Indochina and allowed their army to be stationed there during the war with permission from the Vichy government in France.

In 1941, the Viet Minh was formed in Vietnam. They were a communist and nationalist liberation movement that called for independence from France and for an end to the Japanese occupation. By 1945, Japan sought to use the natural resources of Vietnam to fund the war and therefore underwent a full-scale military takeover of the country in March. But by August 1945, the Japanese had been defeated and therefore the occupation in Vietnam fell as well.

The Viet Minh took their chance to occupy Hanoi and declare independence for Vietnam on September 2, 1945. The French were not willing to let their colony go that easily, and the Provisional Government of the French Republic send the Far East Expeditionary Corps to try and get Indochina back under French rule. In response, the Viet Minh began a guerrilla war against the French which lasted until 1954.

During WWII, the Japanese took control of Indonesia and completely occupied the area that the Dutch had once controlled. The occupation by the Japanese was enough to encourage the once suppressed independence movement and the citizens of Indonesia began to rise up against Japanese rule. Life under Japanese control was brutal and it unified all Indonesians across political and social divides.

The Netherlands tried to reclaim Indonesia through both military and diplomatic means. But international pressure from the United States and the UN caused the Netherlands to back down from the fight in 1949. The Dutch formally recognized the Independence of all of Indonesia, with the exception of West New Guinea which would not get its independence as part of Indonesia until 1962.

Laos was largely unimportant to the French and was only used as a buffer state between Thailand and the areas that France was concerned with, Annam and Tonkin. Laos never accounted for more than 1% of French Indochina’s exports. It never became a place with a large French population either, with only about 600 French citizens in Laos in 1940.

By early 1946, French troops once again occupied Laos and conferred limited autonomy. During the First Indochina War, the Pathet Lao resistance organization began fighting the French Colonial forces with the help of the Viet Minh. Laos gained semi-autonomy as an “associated state” within the French Union in 1950. The French only remained in de facto control until 1953, when Laos was granted full independence and became a constitutional monarchy.

Syria is a unique situation, in that it should have been an independent nation prior to WWII. In 1936 the Syrians and the French negotiated a treaty of independence. Hashim al-Atassi was elected as the first president of the modern republic of Syria. Strangely enough, Syria never gained their independence in 1936 because the French Legislature refused to ratify it. For years, they held off on ratifying the treaty and in 1940 when France fell, the treaty had still not been ratified.

Syria was then under the control of Vichy France until July 1941, when they were then occupied by the British and the Free French forces as part of the Syria-Lebanon campaign. After the expulsion of Vichy France, the Syrians declared their independence. Syria was not recognized as an independent republic until 1944, due to pressure from Syrian nationalists and the British.

With independence finally granted, Syria went back under the control of the republican government that had been formed in 1936. The British were supportive of the Syrian government and therefore supported the evacuation of French troops from Syria.

Evacuation Day is the national day that commemorates Syrian independence and it is celebrated on April 17. It comes on the anniversary of the very last French soldier leaving Syria on April 17, 1946, which officially ended French rule.

In 1937 Burma became a separately administered colony of Great Britain. Ba Maw became the very first Prime Minister and Premier of Burma. He was a big supporter of Burmese self-rule and he was very much against the involvement of Great Britain in World War II, in part because it forced Burma to be a part of the war as well.

His outspoken behavior led to his resignation from the Legislative Assembly and he was arrested for sedition. In 1940 Aung San formed the Burma Independence Army in Japan, taking the first step toward the Burmese being free of British rule. However, it also doomed Burma as the state became a major battleground during the war. In 1942, just a few months after they entered the war, the Japanese advanced on Burma and the British administration fell.

In August 1942, the Japanese established the Burmese Executive Administration under the control of Ba Maw. Both the British and the Americans attempted to fight in Burma to try and regain control from the Japanese. It was in late 1944 that the Allies finally launched a number of offenses that would end the Japanese control of Burma in July 1945.

During the war, Burmese soldiers fought on both sides, but many switched to Allied side by 1945. The country was laid to waste by the battles and the Japanese lost 150,000 soldiers in Burma. The Burmese lost anywhere from 170,000 to 250,000 civilians under Japanese occupation.

It was after World War II that Aung San negotiated the Panglong Agreement with ethnic leaders that unified Burma as the independent state of Myanmar. However, in 1947 Aung San and several members of the transitional government were assassinated. It was on January 4, 1948, that Burma became the independent republic known as the Union of Burma, and unlike other former British colonies, they did not become members of the British Commonwealth.