Cleopatra Lived Closer to the Computer Age than to the Pyramids, and Other Atypical History Facts 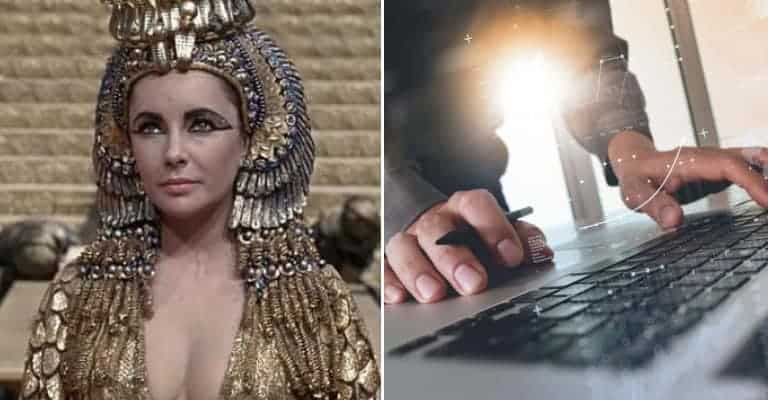 Cleopatra Lived Closer to the Computer Age than to the Pyramids, and Other Atypical History Facts

5. Did People in the Middle Ages Really Drink Booze Instead of Water?

A common trope accepted by many as fact has it that people in the Middle Ages only drank beer and wine instead of water, because water was too contaminated with deadly pathogens. That is not true. Just like it has been throughout all of humanity’s existence, water was the most popular drink during the Middle Ages – for the simple reason that it was free.

It is true that people in the Middle Ages did not have the kinds of water purification treatments that the water coming out of our faucets nowadays usually goes through. While contamination was a problem, medieval people – like all humans since our species first walked upright – knew enough to spot and avoid obviously contaminated water. For example, people had enough common sense and common knowledge to know that swampy, muddy, and cloudy water was not good for drinking.

4. Water Was Actually Recommended In the Middle Ages

Medical texts and health manuals in the Middle Ages actually praised water as being good for you – so long as it came from good sources. Indeed, authorities in the Middle Ages went to great lengths to supply people with drinking water. For example, London constructed â€˜The Conduit‘ in the 1200s, using lead pipes to bring fresh water from a nearby spring to the middle of the city, where people had free access to it.

Those who could afford it drank wine, but they usually mixed it with water to dilute its power. For those who could not afford wine on a regular basis, beer and ale were plentiful and cheap. However, beer and ale back then were far weaker than they are today. Also, considering the long days and hard labor medieval workers put in, whether in the fields or shops or other employment, beer and ale did more than just quench thirst. They also provided a significant intake of calories throughout the day to keep people going.

Actress and comedian Betty White is an entertainment dynamo or Energizer Bunny, who has been performing for over 70 years. She was a television pioneer, and her accomplishments include being the first woman to produce a sitcom. She is perhaps best known for her Emmy-winning roles as Sue Ann Nivens in the popular and groundbreaking sitcom The Mary Tyler Moore Show, and as Rose Nylund in the even more popular and groundbreaking sitcom, The Golden Girls.

As of 2019, Betty White’s career has spanned 76 years, during which she won a Grammy, 8 Emmy Awards in various categories, 3 Screen Actors Guild Awards, and 3 American Comedy Awards. She is in the Television Hall of Fame, and has her own star in the Hollywood Walk of Fame. Today, Betty White holds the record for the longest television career of any female entertainer. But is Betty White the greatest thing sliced bread?

2. “The Greatest Thing Since Sliced Bread”

“The greatest thing since sliced bread” dates to 1928, when loaves of bread that had been sliced with a machine, then packaged for convenience, made their first appearance. It began when Otto Frederick Rohwedder (1880 – 1960), an inventor and engineer, created the first automatic bread slicing machine for commercial use. He sold his first machine to the Chillicothe Baking Company of Chillicothe, Missouri, which became the first bakery to sell pre-sliced bread loaves.

The new-fangled sliced bread was advertised as “the greatest forward step in the baking industry since bread was wrapped” – a bold assertion that contrasted greatly with the experience of actual consumers. Among other things, in the days before preservatives, sliced bread went stale faster than its intact counterpart. It had an aesthetic problem as well: customers simply thought the sliced loaves were sloppy-looking. A stop gap solution was to use pins to hold the sliced loaves together, and make them appear intact inside the packaging.

1. Betty White Is Actually Not the Greatest Thing Since Sliced Bread

Improvements to the slicing machine made the loaves appear less sloppy, and sliced bread eventually gained in popularity until it became an American staple. By then, the early and over-the-top advertising puffery had caught on with the public, and made the introduction of sliced bread a marker and frame of reference in the popular lexicon for subsequent claims of greatness.

Live Science – Albert Einstein: The Life of a Brilliant Physicist

National Geographic – Doggerland, The Europe That Was

World Atlas – Did Woolly Mammoths Still Roam Parts of the Earth When the Great Pyramids Were Built?