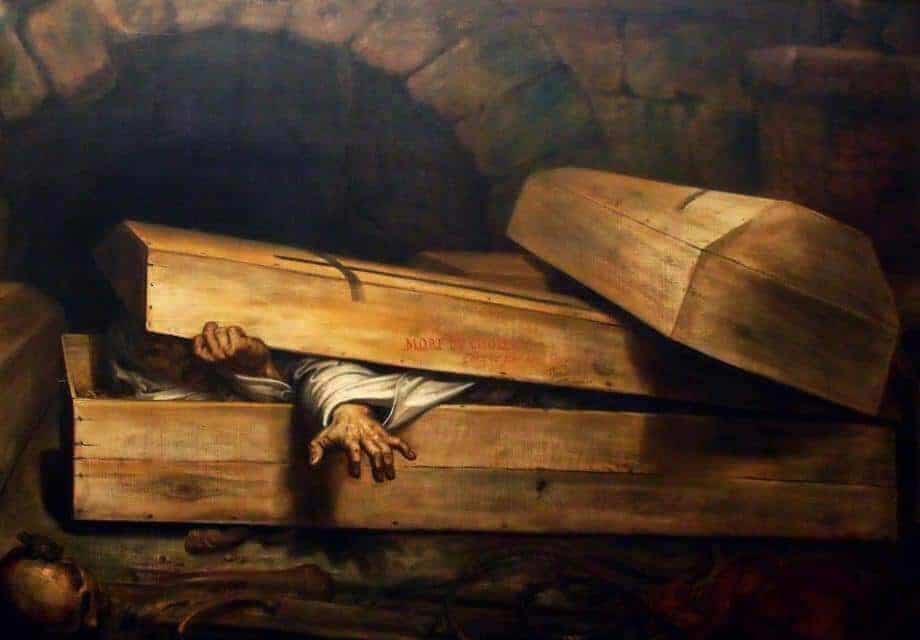 Sticking Corpse’s Finger in Ear to Hear a Pulse

At this point, knowledge of the circulatory system was well known. Death tests had gone through many iterations of cardiac-related techniques. Doctors knew the chest was not the only source of detecting a still beating heart. A pulse can be palpated at any point a major artery lies, such as the neck, groin, wrist, ankle, or knee. Despite the lack of major arteries, fingertips were prime points of circulation.

A French doctor by the name of Leon Collangues found that when he put the finger of a living human being in his ear, a vibrating pulsation could be heard. This led Collangues to believe this technique could pioneer the murky waters of detecting death. While this was a somewhat legitimate, and arguably far more humane, method of death testing, the technique did not gain much traction within the medical community. Other methods involving the use of the stethoscope were viewed as more reliable, and sticking a corpse’s finger in one’s ear became a small footnote in Victorian history.

Collangues did not stop with death testing. He believed the vibrations caused by the living human body could be counteracted by external vibrating sources to prevent illnesses and diseases. Regrettably, his research on vibratory sciences led virtually nowhere.

Medium – The Widespread Fear of Being Buried Alive

Gizmodo – Coffin Technologies That Protect You From Being Buried Alive

Atlas Obscura – Death as Entertainment at the Paris Morgue

VOX – Afraid Of Being Buried Alive? These Coffins Are For You

Gizmodo – “Blowing Smoke Up Your Ass” Used to Be Literal

Atlas Obscura – The Real Electric Frankenstein Experiments of the 1800s

Withings – The History of the Stethoscope