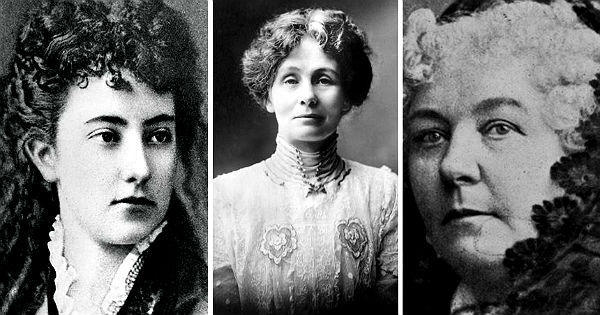 During the Regency and Victorian era’s, it was regarded as essential for an intelligent woman to hide her acumen, to depend on male patronage and fall back on the limitations of chivalry. The irony of this, of course, is that during the Victorian era, the British Empire, the greatest and most powerful empire known to man, was ruled by a woman. Queen Victoria, although limited by the constitutional restraints placed on royal authority, was nonetheless one of the most powerful monarchs of the modern age, and a woman who very much knew her own mind.

The Victorian Era marked a moment in history when social reform took center stage. Abolition, of course, was the greatest social achievement of the age, but penal reform, poor laws, a wider dissemination of the franchise and a general liberalization of society all characterized those vital years at the turn of the twentieth century.

Much of this had to do with a filtering down of the concepts of enlightenment, the rise of parliaments in the wake of the French Revolution, the Industrial Revolution and the emergence of the popular press. Women stood at the forefront of the abolition movement and various other social reform agendas, and under the informal patronage of Victoria herself, it was during the Victorian era that modern feminism was born.

We are going to kick off this list with a woman who is probably not widely known in more orthodox feminist circles, and she certainly was not one to chain herself to parliament or go on hunger strikes. In fact, Emily Hobhouse could perhaps be better described as an early human rights activist than a feminist.

Emily Hobhouse was born in 1860, the daughter of an Anglican archdeacon, and she grew up influenced by an extended family all in one way or another active in the social movement. Her mother died when she was twenty, and for the next fourteen years she cared for her ailing father. After his death in 1895, however, she travelled to the United States on a welfare mission to assist Cornish miners in Minnesota, and there she was briefly engaged, and then impoverished by ill-advised speculation.

In 1898, she returned to England, and at about that time, the Anglo/Boer War broke out in South Africa. As a humanitarian and peace activist, she immediately became involved in the women’s branch of the South African Conciliation Committee. It was then that she became aware of the plight of Boer women and children in South Africa, interned in concentration camps as the British pursued a scorched earth policy. She founded the Distress Fund for South African Women and Children, and in 1900 she arrived in South Africa to actively participate in providing relief. General Lord Kitchener, commander of operation in South Africa, referred to her more than once as ‘That Damned Woman’, an epithet she wore with considerable pride.

After her initial visits to the camps, Emily Hobhouse developed a deep affinity for Afrikaner women, and she pointed to that moment as the birth of her feminist sensibilities. She became an active anti-war campaigner, and was instrumental in bringing the horrors of the South African concentration camps to the attention of the British public.

While in South Africa, she met the Indian activist Mohandas K Gandhi, whose early political experience was forged in the South African race struggle. The two became close friends, and Emily Hobhouse was instrumental bringing about a reconciliation between Gandhi, as leader of the South African Indians, and Jan Smuts, South African Attorney general and twice Prime Minister.

She fell ill en route to South Africa to attend the inauguration of a National Women’s Monument in Bloemfontein, and back in England she died in 1926. Her ashes are embedded in the monument to South African women.