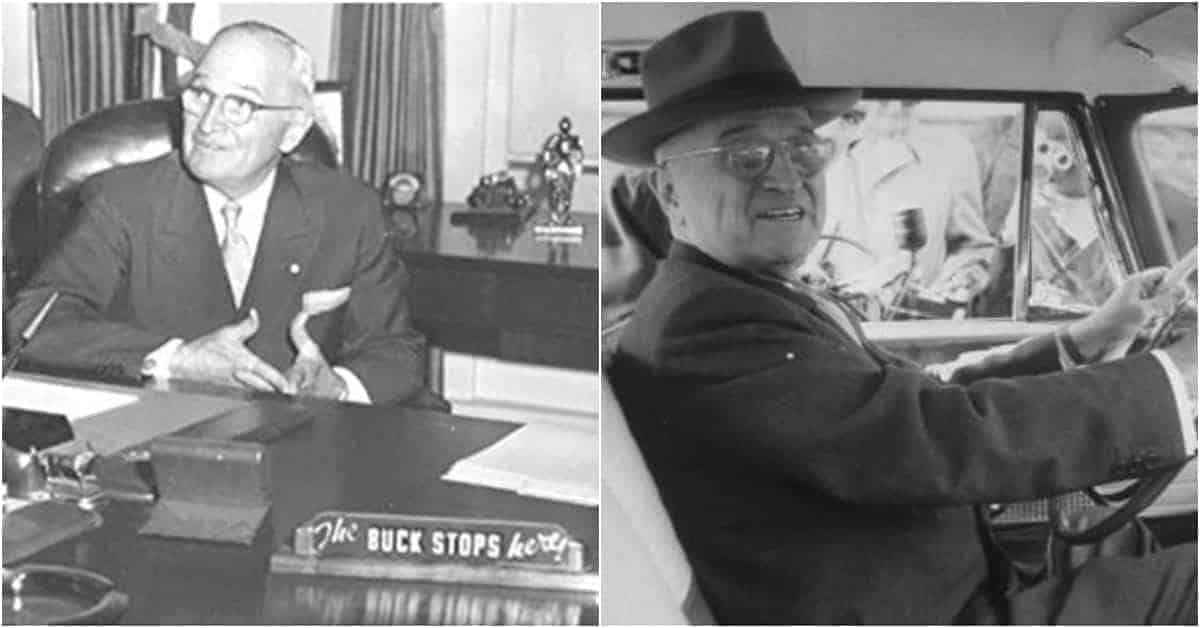 In 1942 President Roosevelt had taken a federal government camp built by the WPA and jokingly renamed it Shangri La (now Camp David) for use as a Presidential retreat and vacation ground. Truman used it rarely, finding the rustic nature of the camp not to his taste.

He preferred to vacation instead of at what became known as the Little White House, a former residence of the Commandant of the Naval Base at Key West Florida. Truman made it his winter White House beginning in 1946. Eventually, he spent 11 vacations there for a total of 175 days during his nearly eight years in office.

His vacations were usually working vacations and the activities at Key West reflect that. The meetings creating the Department of Defense were conducted there and the result codified as the Key West Accord. Truman announced what became known as the Truman Doctrine – a promise to resist Soviet expansionism – just before leaving for a working vacation at Key West; dealing with the repercussions and remonstrations of world leaders and the press was handled from there. Much of what became the Marshall Plan was hammered out there.

The Navy expanded communication and transportation capabilities to the point that the President at the Little White House enjoyed the same access to information that he had in Washington. But it wasn’t all work there. While in residence Truman enjoyed deep-sea fishing in the Gulf of Mexico and occasional cruises on the Presidential yacht, although Army man to the bone he was never an appreciative sailor.

Truman freely enjoyed the small-town atmosphere of Key West itself, and he was never without cronies for a game of poker or conversation over bourbon in the evenings. After he left the Presidency he returned no less than five times, staying at the private residence of friends. The Little White House is now owned by the State of Florida and operated as a museum, remodeled to match its appearance when Truman used it to recharge his batteries.

He once threatened a critic of his daughter’s singing

Harry Truman was a student of the piano and a lifelong lover of music. This passion was reflected in his daughter Margaret, who desired a singing career. In 1950 Margaret performed a recital at Washington’s venerable Constitution Hall, which was reviewed the following morning in the Washington Post. The reviewer, a gentleman by the name of Paul Hume, was not impressed and said so in his review.

He described her voice as being “…of little size…” and commented that her singing “…has not improved in the years we have heard her…cannot sing with anything approaching professional finish.” Truman the President chose to respond as Truman the incensed father in a letter to the Post dated December 6th.

Truman called it a “…lousy review…” and informed the critic that he was an “…eight ulcer man on four ulcer pay.” Truman informed the writer, “Someday I hope to meet you. When that happens you’ll need a new nose…” It is an indication of the character of both men that years later they exchanged somewhat more cordial letters and between them the incident was forgotten, although as President Truman was the recipient of much criticism over the letter.

Truman’s love of music also got him in trouble with his wife Bess on at least one occasion. Truman, then Vice President, was at the National Press Club on a Saturday in February 1945. During the war, the Club was open to servicemen on Saturday nights. Actress Lauren Bacall, not yet a big star, was there too. Truman was attracted to a piano in the ballroom and sat down to play, to amuse both the troops and himself.

Enterprising photographers in the room convinced Bacall to sit on the top of the piano as Truman played, which she did, lounging across the top of the piano and smiling down at the grinning Vice President, both obviously enjoying themselves. The photos ran in papers across the country the next day and Bess was livid by all accounts. Bess informed the soon-to-be President that on no condition should he ever play the piano in public again. Although he did play in public again, albeit it rarely, his piano was always thereafter unadorned.