The Black Pharaohs: 8 Events That Led To the Rise and Fall of the Kush Empire 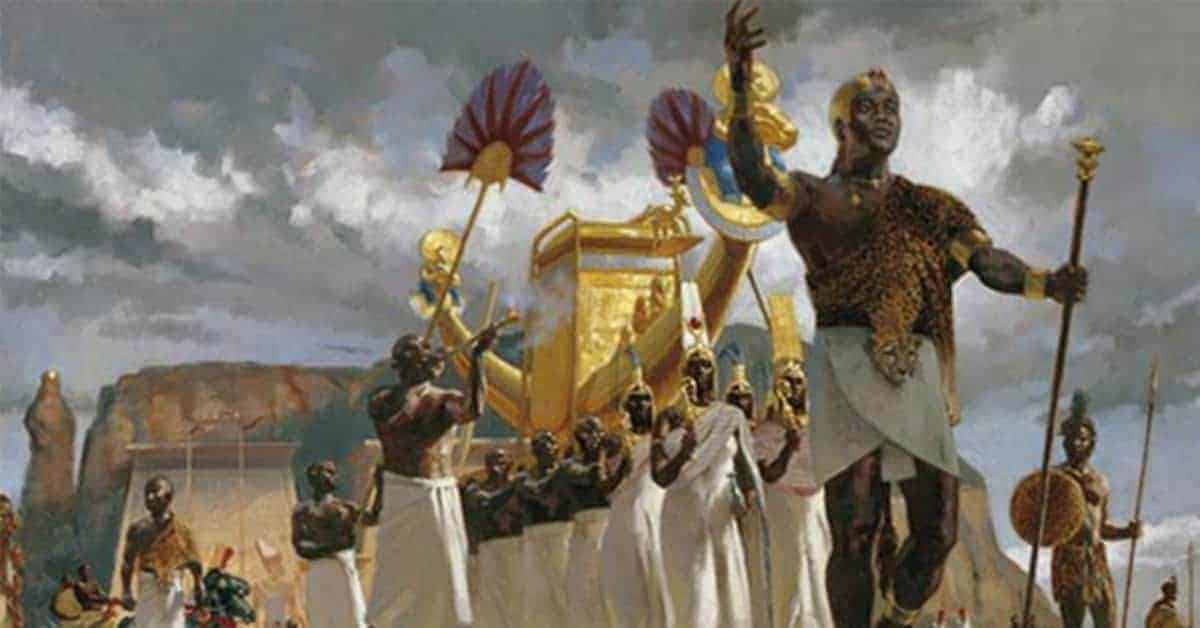 The Black Pharaohs: 8 Events That Led To the Rise and Fall of the Kush Empire

According to the Roman historian Strabo, there was a war between the Kushites and Rome in the 1st century BC. After the Kushites sacked Aswan and captured the statue of Augustus, the Romans retaliated by sending the prefect of Roman Egypt, Petronius, on an expedition into the heart of the kingdom. He captured Napata in 23 BC and soon, a permanent garrison was established at Primis which was strong enough to hold off the Kushites.

Although Napata was in Roman hands, the Queen of the Kushites, Teriteqas (50 BC? – 1 BC?) was not intimidated by the enemy and continued to fight. Within a few years of the capture of Napata, the Kushites sent a large force towards Primis with the intention of attacking and defeating the Romans. Petronius learned of the invasion and bolstered the garrison with a strong force. There is no record of the ensuing battle, but ancient sources say that the Kushites sent ambassadors to Petronius to negotiate a peace treaty.

Whatever happened during the battle, Petronius wasn’t keen to engage the enemy in another fight, so the Kushites were able to negotiate a settlement on favorable terms; this fact suggests that they caused the Romans a lot of problems. By the end of the first century BC, trade between the two increased and historians such as Theodore Mommsen believe that Nubia was a client state of the Roman Empire during the reign of Emperor Augustus when Amanitore was the queen of the Nubians.

However, the Romans continued to be intrigued by Nubia and during the reign of Nero, two centurions were sent up the Nile, but they concluded that the land was too poor to be worth conquering. Had they decided that the land was fertile enough, it is probable that Nero would have launched another invasion in the 60s AD. The fact that the land was seemingly infertile suggests that the Kush Kingdom has already begun its decline.

The economic cornerstones of the Kush Kingdom were the routes between the Nile Valley and the Red Sea, and it clearly became increasingly difficult to control and maintain those routes. By the second century AD, royal tombs became smaller and less expensive while the creation of large monuments had practically ceased. By the middle of the fourth century, there were no more royal burial pyramids created.

The fall of the Kush Kingdom is shrouded in mystery with several theories. One such theory suggests that it was destroyed after an invasion by the Ethiopian kingdom of Aksum in 350 AD. However, historians have found Ethiopian accounts of the event, and they suggest that Axum was merely quelling a rebellion in territory it already controlled.

There is also a suggestion that the Nuba were the people known as the â€˜Nobatae’ by the Romans. According to Strabo, the Romans invited the Nobatae to move in when the empire pulled out of northern Nubia in 272 AD. David Welsby suggests that the Kushites were still a major force in Lower Nubia as late as 336 AD. He mentioned that the Kushites were part of a joint embassy with the Blemmyes that met Emperor Constantine. Welsby rejects the notion that the Aksum Kingdom destroyed Meroe.

The last known ruler was Teqerideamani, who died in 253 AD, but there are royal pyramids from as late as 339 AD; some scholars believe there were at least seven rulers after Teqerideamani. By the middle of the sixth century AD, three kingdoms had consolidated their power in what was formerly Kushite territory. The rulers and citizens of these kingdoms adopted Christianity, and this signaled the end of Kushite culture. To this day, there is a great deal we don’t know about the kingdom that once briefly ruled Ancient Egypt.