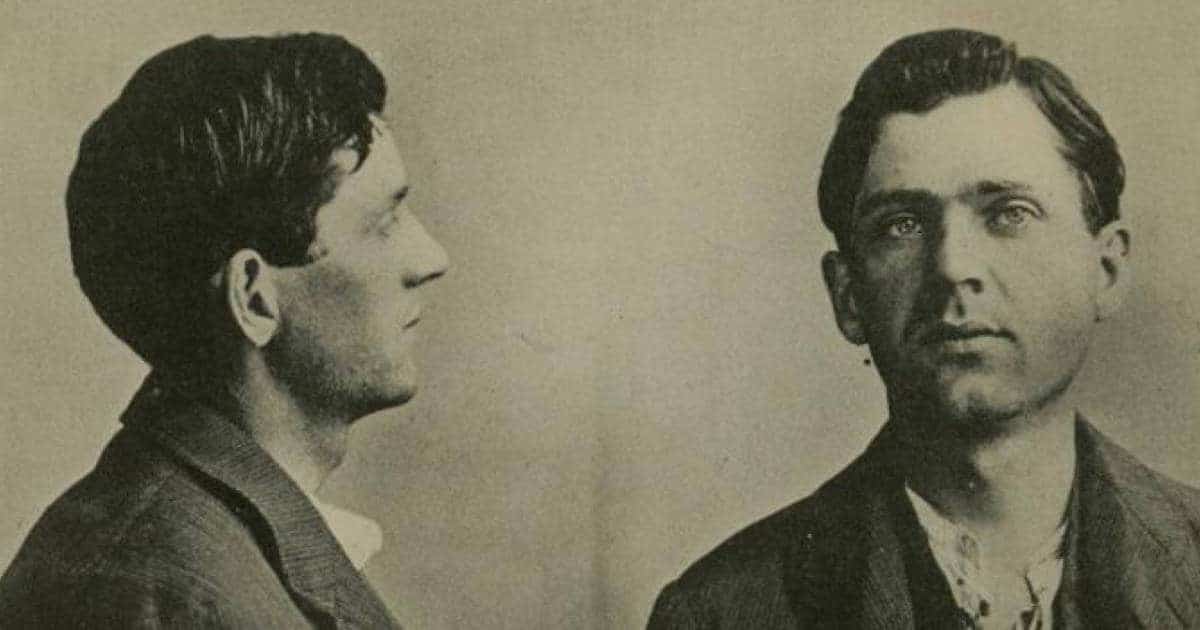 On September 14, 1901, the United States of America was rocked by the news that President William McKinley had died eight days after being shot twice in the abdomen. He was only the third president to be assassinated in office, and only John F. Kennedy has suffered this fate since. That said, there have apparently been assassination plots against every president since Nixon.

McKinley was an extremely popular president and his love of meeting the general public led to his death. An anarchist named Leon Czolgosz shot McKinley on September 6, 1901, while the president was shaking hands with a crowd at the Temple of Music in Buffalo, New York. One of the two gunshot wounds caused gangrene which resulted in the president’s agonizing death eight days later.

Czolgosz had lost his job during the Great Panic of 1893 and became an anarchist in response. He viewed the American President as a symbol of oppression and believed it was his ‘duty’ to murder him. After failing to get close enough on other occasions, Czolgosz finally got his chance when McKinley reached out to shake the anarchist’s hand. Czolgosz fired twice; the first bullet grazed the president but the second one became lodged in his abdomen. The assassination marked a sea change in security from that point onward; the Secret Service was given the task of protecting the president.

Who Was Leon Czolgosz?

Czolgosz was one of eight children in a Polish-American family and was born on May 5, 1873, in Alpena, Michigan. The family moved to Detroit in 1878 but moved to Posen. It was here when tragedy struck; Czolgosz’s mother died a few weeks after giving birth to a girl called Victoria; Leon was only ten years old. He worked in various jobs in his teens including in a glass factory in Pennsylvania and the Cleveland Rolling Mill Company. The economic crash of 1893 resulted in mass layoffs and Leon, and his brothers lost their jobs.

The growing level of economic and social turmoil caused Czolgosz to take drastic action. First, he joined a relatively moderate socialist club called the Golden Eagle Society before moving further left by joining the Sila Club. It was at this point that he became interested in anarchism.

He moved to his father’s farm in Ohio in 1898 but didn’t help out much. It is said that Czolgosz was a loner with little interest in forming relationships with people. He had also been bullied in school as a child. The sullen Czolgosz was descending further into the abyss and was a recluse by the beginning of the 20th century.

Czolgosz was so blunt and awkward when approaching socialists that they thought he was a spy. An anarchist named Emil Schilling even went as far as writing a warning about Czolgosz’s behavior in the radical Free Society newspaper on September 1, 1901. Czolgosz believed that the government was responsible for allowing the wealthy to exploit the poor. When he learned about the assassination of King Umberto I of Italy on July 29, 1900, he knew what he had to do. When McKinley entered his sights the following year, this lone gunman changed history.

A Breeding Ground for Anarchy

McKinley was regarded as the most popular president since Lincoln after winning a second term in the 1900 Presidential Election. By this stage, the one-time isolationist realized that trade reciprocity was essential to help the American economy move forward. On the day before Czolgosz shot him, McKinley had announced a reciprocal trade agreements policy with foreign nations to ensure better markets for American goods.

Czolgosz was among those who listened to the speech on September 5 where McKinley announced that “isolation was no longer possible or desirable.” By the end of the 19th century, American workers had grown increasingly frustrated by the fact that the enormous wealth of the industrial era only benefited a small percentage of wealthy individuals. Men like J.P. Morgan, J.D. Rockefeller, and Andrew Carnegie were rich beyond the wildest dreams of the ‘common’ man. Indeed, these men would spend more on one evening’s entertainment than the average tradesman or coal miner could earn in their life.

The increasing disparity between the rich and poor, coupled with poor working conditions, led to a host of worker uprisings which the industrialists helped quell. By the 1890s, anarchists brought their radical ideas from Europe and had murdered four European leaders in the space of six years. Anarchy attracted a number of people with no hope or prospects such as Czolgosz.

Did McKinley Overestimate His Popularity?

Either McKinley was blissfully unaware of the rising tide of frustration, or else he was naïve in the extreme. Ever since he was elected president in 1896, McKinley became famous for ignoring the pleas of his team to increase his security during public appearances. On this occasion, the president was at the Pan-American Exposition in Buffalo, New York. His personal security advisor, George Cortelyou, was nervous because the president would be out in the open.

He urged the president to reconsider his decision to turn up at the public reception at the Temple of Music and removed it from the program twice. On both occasions, McKinley restored it. Cortelyou asked him to remove the event one last time, and the president replied with the fateful words: “Why should I? Who would want to hurt me?”

The answer, of course, was anarchist Leon Czolgosz. Cortelyou tightened security for the event. The speech, which happened the day before and was witnessed by up to 50,000 people, passed without incident. The president went on a tour of the fair and received rapturous applause wherever he went. Czolgosz arrived at the fair early and was close to the podium when the president arrived to make his speech. He considered pulling the trigger there and then but wasn’t confident that he would hit his target.

On the morning of September 6, 1901, both McKinley and Czolgosz woke up early. The president’s wife, Ida, was feeling unwell and had to return to Milburn House where the couple was staying. President McKinley proceeded to the Temple of Music after stopping for refreshments. He was only minutes away from his assassin’s bullets.

There was a long line of people waiting to meet and greet President McKinley at the Temple of Music. It was a sweltering summer’s day, and the reception began at 4 pm. Czolgosz was once again near the front of the queue, and he hid his .32 caliber Iver Johnson revolver in a handkerchief which he placed in his jacket pocket. This action did not make him stand out because a large number of people had cloths to wipe the sweat from their brows.

President McKinley was his usual cheerful and charming self and greeted everyone with a smile and a handshake. At approximately 4:07 pm, Secret Service Agent, and chief bodyguard of the president, George Foster, saw a man with his right hand wrapped in a handkerchief. Foster may have wondered if the man was hiding an injury and when McKinley witnessed the man, he leaned over to shake his hand.

This was the moment Czolgosz had been waiting for. He placed his hand on the chest of the president and opened fire with two shots. The crowd was in shock as McKinley slumped over and his entourage helped him to a chair. Foster and other agents jumped on Czolgosz, but even as the president was struggling for life, he said: “Don’t let them hurt him.” Although one of the bullets grazed McKinley, the other became lodged in his abdomen.

73 minutes after the shooting, the president underwent emergency surgery, but the bullet remained inside him. Initially, at least, it appeared as if McKinley was recovering as his strength improved daily. On September 12, six days after the shooting, he was able to consume toast and coffee orally. However, gangrene had been forming along the path of the bullet, and on September 14, 1901, President McKinley died in the early hours of the morning.

Czolgosz had achieved his objective. He later said: “All of these people seemed bowing to the great ruler. I made up my mind to kill that ruler.” Czolgosz was interrogated in a Buffalo jail in the days after the shooting. During questioning, he said: “I don’t believe in the Republican form of government, and I don’t believe we should have any rulers. It is right to kill them.” He was adamant that he acted alone and he had little connection to the American anarchist movement.

Czolgosz’s murder trial began on September 23, 1901, in what was little more than an open and shut case. On September 26, he was found guilty of murder and sentenced to death. During the trial, his defense did such a poor job that in the modern era, it would probably result in a mistrial. They didn’t call any witnesses on his behalf although Czolgosz refused to discuss the case, so they hadn’t much to base a defense on.

He was executed via the electric chair on October 29, 1901, at New York’s Auburn Prison. State law only allowed for 26 witnesses, but there were over 1,000 requests sent to the warden. Just before his death, Czolgosz said: “I killed the president for the good of the laboring people, the good people. I am not sorry for my crime.” The vast majority of Americans were not sorry when the executioner hit the switch and caused 1,700 volts of electricity to surge through Czolgosz’s body. Never again would a president be allowed to have such lax security although John F. Kennedy was unable to escape an assassin’s bullet 62 years later.