40 facts about John D. Rockefeller, the richest American of all time

40 facts about John D. Rockefeller, the richest American of all time 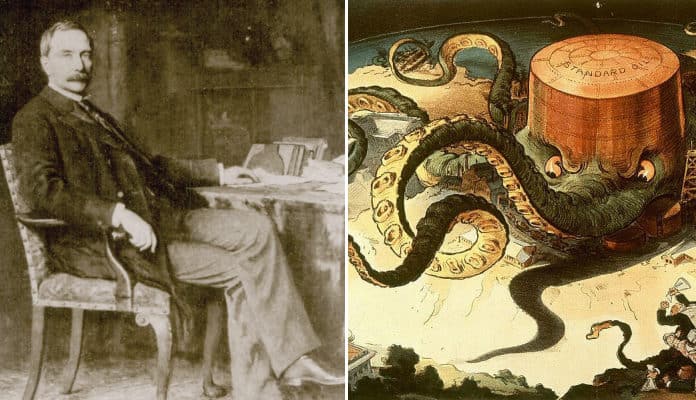 John D. Rockefeller, whose name remains synonymous with money, was the wealthiest American in history, and one of the richest men of all time. Adjusted for inflation, his fortune at the time of his death in 1937 was about $409 billion, roughly 2% of the total economy of the United States. That doesn’t take into account the vast fortunes he gave away, which included founding the University of Chicago and establishing the Rockefeller Foundation. A deeply religious man throughout his life, a trait he inherited from his mother, he was the son of a grifter who eventually built the Standard Oil Company into one of the most powerful businesses in history. Here is just part of his story, in forty facts.

1. His father was a con man and a philanderer of note

John Rockefeller was born in Richford, New York, the son of a man known throughout the community and its environs as a con whom they called “Devil Bill”. Bill was an infrequent presence in the family home, preferring life on the road, which he claimed was an essential part of his job as a lumber salesman, later a marketer of patent medicines. He had other children out of wedlock in addition to those with his wife Eliza. John was the second of six children which were raised in the family home. Bill was known to cheat his sons out of the money they made through chores and odd jobs, claiming that he did so as part of their education in business matters.