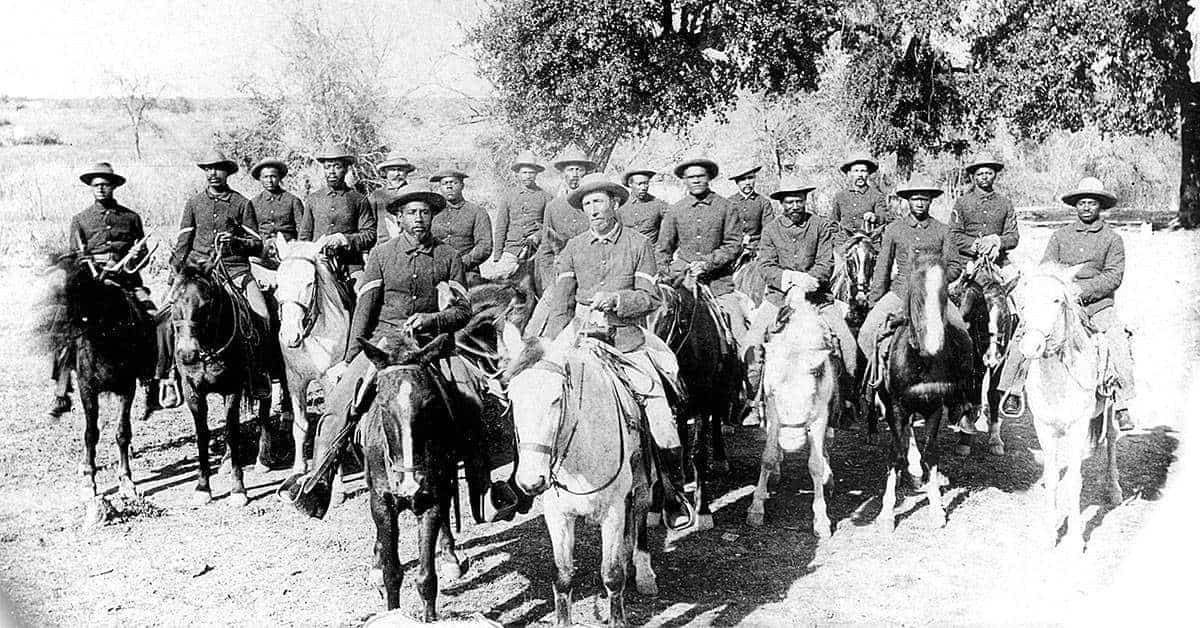 According to the accomplished Mexican Major General Alberto Guajardo, the Black Seminole Scouts were “always triumphant” while serving the Mexican cause. They continued to live up to this reputation during their service to the United States. Over the course of roughly twenty years, Black Seminole Scouts fought in dozens of battles, gained the respect of their fellow soldiers, fought aggressive Plains Indians across the American Interior, and won numerous accolades and awards. Four of these elite menâ€”Adam Paine, Pompey Factor, Isaac Payne, and John Wardâ€”even won the Medal of Honor, America’s highest military decoration for exceptional valor and courage in combat.

John Horse led the Black Seminoles for years and guided the group to Fort Duncan, Texas on July 4, 1870. Two hundred men enlisted later that August and were reassigned to Fort Clark, where they became acquainted with their new commander, Lieutenant John L. Bullis. A native New Yorker, Bullis established himself during the Civil War as commander of 118th United States Colored Troops Infantry. He successfully led his men but was mustered out of the downsized army after the war. Bullis was later offered a new commission in the regular army, where he served as a second lieutenant in the 41st and 24th (Colored) Infantry Regiments.

Black Seminole Scouts fought in Mexico, Texas, Indian Territory, and Kansas. They typically patrolled with cavalry regiments, pursuing renegade Indians on horseback across the Great Plains. Some notable engagements took place near the end of the Plains Indian Wars, in the Big Bend area of western Texas, during the late 1870s and early 1880s. In 1875, Bullis and a handful of scouts tracked and engaged a numerically superior band of Indian horse thieves, while crossing the Pecos River. Bullis was thrown from his horse but rescued by Sergeant John Ward who, along with the aforementioned Pompey and Payne, was awarded the Medal of Honor.

One of the greatest adversaries the scouts ever faced was the Apache war chief and bandit, Victorio. His gang murdered dozens of settlers and prospectors across parts of New Mexico and the Big Bend during a year-long reign of terror. In early 1880, Bullis and his men set up camp in the Chianti Mountains of South Central Texas. Over the course of three months, Bullis’s scouts escorted countless miners and prospectors to safety. Although assigned to escort duty, the group continually harassed and gathered intelligence on the Victorio, who was eventually destroyed by the Mexican Army later that winter.

Black Seminole Scouts were revered by their fellow soldiers for possessing seemingly superhuman endurance, unwavering loyalty, and preternatural tracking abilities. It wasn’t uncommon for a group of bandits to think that they had evaded capture only to be confronted by a scouting party month down the road. Sadly, the group did not receive what was promised to them by the U.S. Government, fought their last engagement in 1893, and was officially disbanded in 1914. Despite this, the Black Seminole Scouts established an incredible precedent within the military community, setting the bar for clandestine warfare and special operations forces into the twentieth century.

Miami and Beaches – Miccosukee Tribe of Indians of Florida