Hatfield McCoy Feud: What Was the Cause of the Hatfields and McCoys Feud? 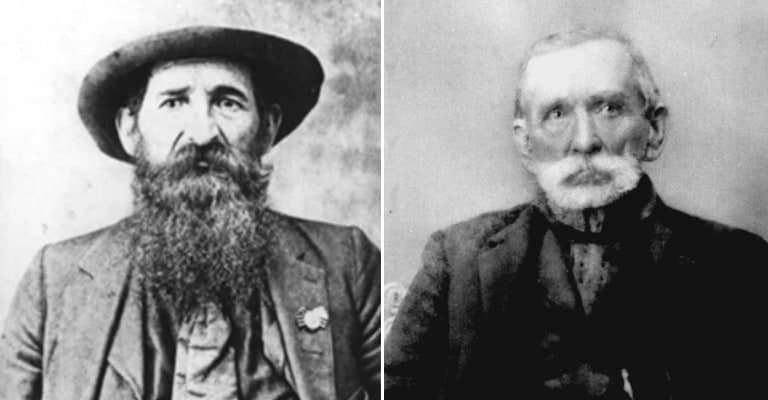 19. The feud became a lynchpin of American culture

Throughout the twentieth century, the Hatfield and McCoy feud grew in legend. It became sensationalized in newspapers and magazines, fictionalized in periodicals and film, satirized in vaudeville, and trivialized in cartoons and comics. Portions of the feud were presented as romantic drama, as in the film Roseanna McCoy, released in 1949, which approached the feud from the perspective of star-crossed lovers of the Romeo and Juliet type. Mark Twain was one of the first to use the feud as a basis for one of his tales, describing the feud between the Grangerfords and the Shepherdson’s in his novel The Adventures of Huckleberry Finn. Even Betty Boop appeared in the cartoon with a feud as a backdrop.

Abbott and Costello used the feud as a backdrop, though a highly fictionalized version, in their film Comin’ Round the Mountain in 1951. The Flintstones presented a version of the feud, featuring the Hatrocks and the Flintstones, in an episode entitled The Flintstones Hillbillies which originally aired in 1964. Some attempts have been made to present the feud accurately as a historical event, all of which have come under criticism from some quarters due to the variations in the records of the actual event, which were skewed by the viewpoints of the source information, with records coming from Kentucky favoring the McCoy family, and those from what is now Mingo County (formerly part of Logan County, West Virginia) tending to support the Hatfields.

20. The aftermath of the Hatfield and McCoy feud

By the end of the twentieth century, the Hatfield and McCoy feud was big business. It was referenced in popular music, featured in role-playing games, and video games presented scenarios which were based on extended clans engaging in a similar feud. In the region where the feud took place both West Virginia and Kentucky have established tourist attractions and celebrations which draw thousands of visitors to the area annually. Descendants of the feud’s participants even appeared on the television game show Family Feud, playing against each other in 1979, with part of the prizes going to the winners (the McCoys) being a pig.

The families, with the support of the governors of Kentucky and West Virginia, have declared the feud officially over. June 14 is recognized in both states as Hatfield-McCoy Reconciliation Day. During the annual fun held in the name of the feud, the graves of several of its victims can be viewed, including that of Uncle Jim Vance. Hatfields and McCoys remain a reference for enduring enmity in the American lexicon, despite the celebratory nature of much of the modern remembrances over the battle between and within families that led to multiple deaths, and nearly brought two states to armed conflict in the latter part of the 19th century.

“Blood Feud: The Hatfields and the McCoys: The Epic Story of Murder and Vengeance”. Lisa Alther. 2012

“Hatfield and McCoy: What you didn’t know about the real-life murderous families”, By Alaina O’Neal, The Smokies, Updated: 09/20/2020

“The True Story of the Hatfield and McCoy Feud”. L.D. Hatfield. Ravenio Books, 2015