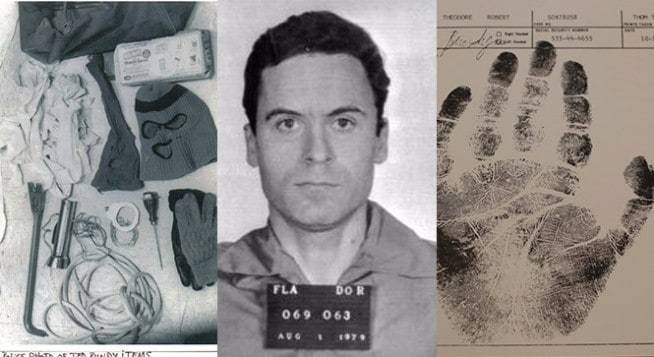 There are the true crimes that remain unsolved for years and years, and then there’s the true-crime confession. Sometimes committing a crazy crime becomes too much to bear, and the criminal comes forward with their burden. Robert Durst is, of course, maybe the most memorable in recent history. It’s pretty amazing when you damn yourself in an HBO series.

Not all criminals come forth in such a dramatic fashion. That isn’t to say they don’t come forward in an equally weird fashion, because, let’s face it, crime is ugly. For that reason, we decided to examine some of the more interesting confessions in true crime history.

This infamous Australian criminal was also a best-selling author (How to Shoot Friends and Influence People) and the subject of the film “Chopper.” He loved a good story. Chopper spent 23 years in jail for violent crimes but he was never actually convicted of murder. Chopper was one intense guy. He convinced a fellow inmate to cut off both of his ears with the hope that he might be transferred to the mental health wing of the prison which had better conditions.

Chopper first stood trial for a scuffle that resulted in murder outside of a nightclub. He claimed self-defense and the jury believed him. Apparently, even Chopper was surprised he got off for that crime. He eventually said, “When I killed Sammy, that wasn’t self-defense, that was outright fucking murder.”

Chopper agreed to a TV interview on 60 Minutes when he knew he was dying of liver cancer. It was here that “Australia’s famous criminal” laid it all on the table and confessed to killing four men in cold blood. That said, he was also very concerned about whether or not he was a good writer. Additionally, he deeply wanted to make it clear he never hurt women or children.

In what he called his “last picture” show, he also deeply wanted to clarify “four is all you get, don’t make it out to be more than that.” Chopper admitted himself that if you turn a camera on him, “he’ll lie his head off,” and many of the crimes detailed in his books were thought to be embellished. That left many to wonder if his final confessions were truth or fiction.

In the 1970s James Brewer shot and killed his neighbor Jimmy Carroll when he thought he was trying to seduce his wife. When Brewer was granted bail, he fled town with his wife and they started a new life together under new names.

After Brewer had a stroke he decided he wanted to come clean about what he had done. His wife brought police to what they thought was his death bed and he told them what he had done. The only problem? Brewer didn’t die. When he was released from the hospital, he surrendered himself to the police.

Friends of the family who knew Brewer and his wife from church said they were incredibly devoted to their faith. One even stated, “they’ve been in their own prison for thirty years. I think they’ve done their time.”

Brewer obviously thought otherwise since he made the confession at what he thought was the end of his life. His wife acted as his “translator” since the stroke affected his speech. Definitely file this one under strange confession.

It’s hard to do a feature on confessions without getting into the most famous one of the last three years. Durst was arrested in the spring of 2015 on a first-degree murder warrant for the murder of Susan Berman.

Against the advice of those close to him, Durst cooperated with HBO filmmakers of the documentary “The Jinx: The Life and Deaths of Robert Durst.” The documentary specifically examined the disappearance of Durst’s first wife, and the murder of Berman.

In a final interview with the filmmakers, Durst walked into a bathroom and confessed into a live microphone: “There it is. You’re caught! What the hell did I do? Killed them all, of course.”

In November 2016, Durst pleaded not guilty to the murder of Susan Berman. Durst entered the plea wearing a neck brace and sitting in a wheelchair. He is expected to have an official hearing this month in Los Angeles. It will be interesting to see the final verdict.

Ted Bundy keeps with the criminal tradition of making a confession right before death. Days before his execution, Bundy sat down for an interview with Detective Robert D. Keppel. The serial killer went into detail about he killed and dismembered victim Georgeann Hawkins.

While on death row, Bundy spoke a lot to Keppel to help him understand the mind of a serial killer. But before he spoke so openly with Keppel he made one last plea to try to maintain innocence: “I’ll tell you, as long as they attempt to keep their heads in the sand about me, there’s gonna be people turning up in canyons and there are gonna be people being shot in Salt Lake City. Because the police there aren’t willing to accept what I think they know and they know that I didn’t do these things.”

Before his final arrest, Bundy had managed to escape from prison and kill again. His good looks and manipulation even pulled the wool over the eyes of the police in that escape.

In 1989 Bundy was finally executed. He didn’t pull any punches before the very end, telling Keppel: “I think I stand as much chance of dying in front of a firing squad or in a gas chamber as you do being killed on a plane flight home. Let’s hope you don’t.”

Actresses’ careers also died with Taylor’s murder. Mary Miles Minter was a budding teen star when Desmond started casting her in his silent films. After his murder, her nightgown was found in his bedroom, as was a love letter.

Legend has it that when Minter’s mother suffered a heart attack, she attempted to summon a priest so she could confess to killing Taylor. With no priest nearby to confess, she told all to a nearby neighbor and then died. Directors: be careful who cast…or don’t cast.