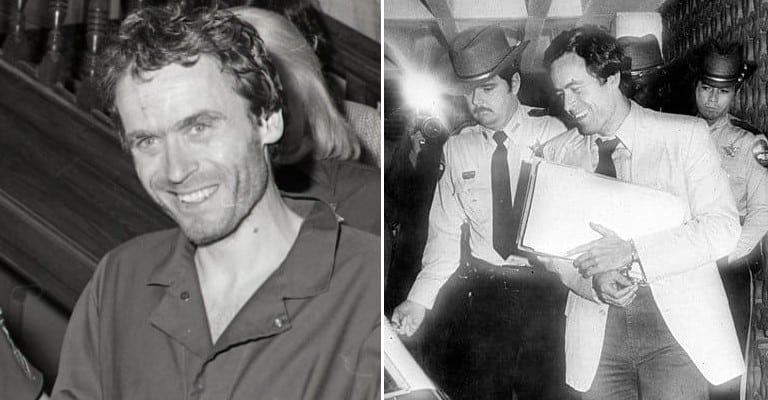 On January 24, 2019, the streaming service Netflix released season one of the Conversations With a Killer: The Ted Bundy Tapes. This is a documentary series which features interviews of Ted Bundy while he sat on death row. Season one features four episodes that include archival footage and present-day interviews from those involved with Ted Bundy along with audio recordings. While the series seems to be a great hit on Netflix, it has also received a fair amount of criticism. Nonetheless, it’s a way to get inside the mind of serial killer Ted Bundy, if you want to.

Recently, Netflix sent out a note asking for women to stop talking about how hot Ted Bundy is. The streaming service tweeted that there are thousands of hot men on Netflix and very few of them are serial killers. The streaming services do not understand why women are discussing the hotness of Ted Bundy, through creating memes, after viewing their documentary, Conversations With a Killer: The Ted Bundy Tapes. However, for some of these women, the meme could relate to Zac Efron, who is starring as Ted Bundy in an upcoming movie.

While some people protested the execution of Ted Bundy, most people celebrated his death. The man of pure evil finally received his death sentence, and by 6 a.m. the morning of his execution, people buzzed to the fence of the Florida State Prison. That morning, at least 500 people showed up around the time Bundy got his head shaved. Some people sold t-shirts about the event while others created “smoked” Bundy burgers to sell. In the Netflix documentary, interviewees state that people chanted “burn Bundy burn” and set off fireworks.

2. Two Days Before His Execution Date, Bundy Confessed To 30 Murders

In the Netflix documentary “Conversations with A Killer” Bundy discusses they were able to come up with 30 murders he committed within seven states, which included California, Washington, Florida, Idaho, Utah, Oregon, and Colorado, between the years 1973 and 1978. After being asked, Bundy admitted to burying roughly ten of these victims. Hagmaier then asked Bundy around how many of the victims he beheaded. Bundy responded by guessing about 6 out of the 30. During this time, Bundy spoke about how he practiced necrophilia for the first time.

On the day of his execution, Bundy talked to Hagmaier about how he didn’t want them to kill him and said killing him is just society’s way of getting an eye for an eye. While people partied and awaited news of his death outside, Bundy continued to pray and read his Bible. During this time, Bundy started to show remorse by crying. Witnesses to Bundy’s execution state in the Netflix documentary that when Bundy walked into the death chamber, he looked white as a sheet. Ted Bundy died on January 24, 1989, at the age of 42.

“The Rumors About Ted Bundy’s Mom and Dad Are Very Disturbing”, by Meghan Demaria, Cosmopolitan, AUG 25, 2021

“Who Was Ted Bundy’s Father — A War Veteran, A Sailor, Or His Actual Grandfather?” by Sharon Lynn Pruitt, Oxygen, January 24, 2019

“Does Ted Bundy’s Childhood Hold The Key To His Madness?”, by Katie Serena, All That’s Interesting, June 25, 2019

“15 Little Known Facts About Ted Bundy That Will Chill You To Your Core.” Beverly Maier, Thought Catalog. April 2018.

“The Miseducation Of A Serial Killer: Where Did Ted Bundy Go To College And What Did He Study?” Gina Tron, Oxygen. January 2019.

“‘My Name Is Ted Bundy. I’ve Never Spoken to Anybody About This.'” Kate Storey, Yahoo Entertainment. January 2019.

“How Ted Bundy Got Away With So Many Murders, According To A Forensic Psychologist”, By Janaki Jitchotvisut, Business Insider, Jan 29, 2019

“The Inside Story Of Ted Bundy’s Execution, Last Meal, And Final Words”, by Marco Margaritoff, All That’s Interesting, May 8, 2019