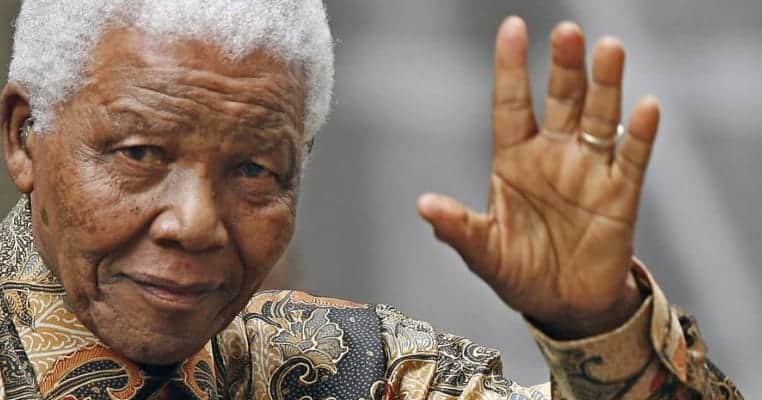 24. The ANC Wanted to Establish Democracy in South Africa

The ANC was formed in 1912 with the goal of extending voting rights to blacks in South Africa. With independence from Britain and the formal implementation of the apartheid government, that goal became the ending of apartheid and establishment of equal rights for all citizens of South Africa.

Nonviolent protests and peaceful resistance were the most common means through which the ANC attempted to break through the system of apartheid. However, in 1960, those means began to change following the Sharpeville Massacre. The Sharpeville Massacre occurred outside of a police station and resulted in the deaths of 69 black Africans who had been peacefully protesting. After that, it was willing to engage in more powerful acts.

Mandela spent a lot of time with people who also participated in the ANC, and it was through them that he met his first wife, Evelyn. Evelyn was also an ANC activist and, at the time, was training to become a nurse. They had four children together, one of whom died as an infant. The couple worked together to help further the cause of the ANC.

In 1948, with the election of the National Party, apartheid laws that had previously been informal became enforced by the state. The government officially recognized three types of people: whites (less than 20% of the population), blacks, and mixed race. Every kind of people had a specific set of laws that applied to them, along with particular rights and options for legal recourse. As you can probably imagine, black people got the short end of the stick.

In 1950, Mandela became part of the executive board of the ANC and the national president of the ANC Youth League. In 1952, he took part in the ANC’s Defiance Campaign, which sought to emulate other peacemakers, such as Mahatma Gandhi of India. He spoke to thousands of people across the country, and as many as 100,000 new people joined the ANC. In response, the apartheid government enacted martial law.

Nelson Mandela was quickly rising to national prominence as a leader of the movement against apartheid. The government took notice of him and forbade him from leaving Johannesburg. Nelson Mandela was also not allowed to take part in any mass gatherings or rallies. He was effectively under house arrest and would face imprisonment if he broke the restrictions.

The revolutionary leader worked as an attorney for a couple of different law firms before attaining his own licensure. He and an ANC friend, Oliver Tambo, opened up the only black African-run law office in South Africa. They charged meager rates and were frequently used by blacks who had suffered from police brutality. Mandela became popular and respected by not only the black masses but also by the middle-class elite blacks of Johannesburg.

Nelson Mandela frequently defied the travel restrictions that the apartheid government placed on him, and for a while, he had managed to evade arrest and trial. However, in 1956, he and most of the executives of the ANC were arrested and charged with high treason. The crime could be applied to anyone who worked to overturn the country’s apartheid law. Ultimately, though, he was found “not guilty” due to insufficient evidence.

16. Mandela’s Wife Divorced Him Due to the Stress of His Activism

Being one of the most important leaders in the anti-apartheid movement, Mandela was not as attentive to his wife and children as Evelyn believed he should have been. She also felt, perhaps with cause, that he had engaged in affairs with other members of the ANC while traveling. The couple divorced in 1958, and Evelyn gained custody of their children.

15. While Awaiting Trial, He Met His Second Wife, Winnie

Winnie was a social worker who was also active in the ANC. The two would have two children together remain married throughout his 27-year prison sentence on Robben Island. Because of her work to end apartheid and, along with her husband, help heal the racial divisions in South Africa, Winnie Mandela would become known as the “Mother of South Africa.”

1960 was the same year as the Sharpeville Massacre, and together with the outlawing of the ANC, many members decided that they had to use more than peaceful resistance to achieve their goals. The right-wing paramilitary branch of the ANC was known as uMkhonto we Sizwe, or Spear of the Nation. Following the illegalization of the ANC, it rose to prominence.

13. Mandela Decided That Nonviolent Resistance Was Not Enough

The revolutionary disguised himself as a chauffeur so that he could travel the country undetected, with warrants issued for his arrest. He realized that without the peaceful engagement of the ANC, blacks were resorting to violent means to continue their anti-apartheid cause. He made the difficult decision of encouraging Spear of the Nation to support violent action as a means of diverting the guerrilla and terrorist tactics into a more meaningful direction.

12. Nelson Mandela Was Arrested and Sentenced to Five Years in Prison

After traveling secretly for years, in 1962, Mandela was finally arrested; years later, a CIA official in the United States revealed that he had tipped off the government because the CIA was concerned about his communist affiliations. He was charged with inciting strikes among black workers and leaving the country without permission.

11. At Mandela’s Trial, He Refused to Defend Himself

Mandela knew that if he defended himself, he would only be legitimizing the charges that were brought against him. Instead, he wanted to use his trial as an opportunity to show the morality of the ANC’s cause. He did not call any witnesses and, instead of delivering his testimony, he gave a political speech about the injustice of apartheid and the vision of the ANC.