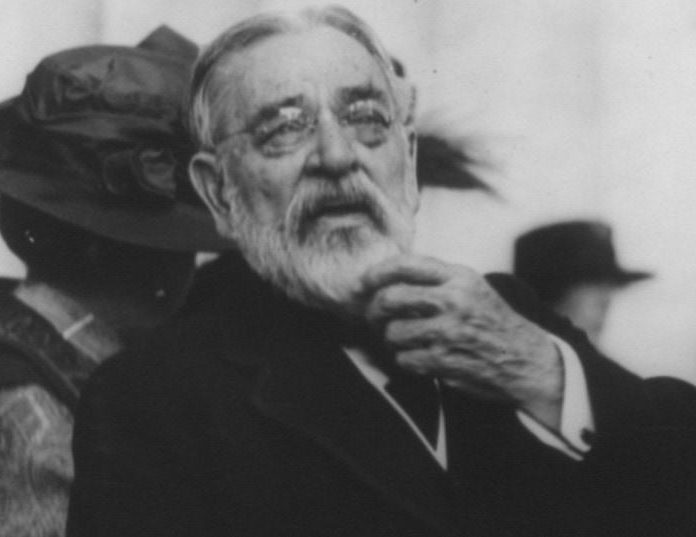 Robert Todd Lincoln was the only child of Abraham Lincoln to survive into adulthood. His life is filled with coincidences that make him a very interesting subject to study.

Robert Todd Lincoln was born August 1, 1843. He was the firstborn son of Abraham and Mary Todd Lincoln. His relationship with his father is the subject of fascination for some historians, as he and his dad were not very close, mostly due to how busy Abraham Lincoln became as his career in politics advanced. Later in his life, Robert Lincoln wrote:

“During my childhood and early youth he [Abraham Lincoln] was almost constantly away from home, attending courts or making political speeches. In 1859, when I was 16 … I went to New Hampshire to school and afterward to Harvard College, and he became president. Henceforth any great intimacy between us became impossible. I scarcely even had 10 minutes quiet talk with him during his presidency, on account of his constant devotion to business.”

Throughout his life, Lincoln was a very successful lawyer and government official. After a short military career, he obtained a law degree from Harvard University and Union College of Law and then opened his own law firm. In 1881, Lincoln became the United States’ 35th Secretary of War, a position that has been held by some very well-known people over the course of America’s history, including Jefferson Davis (yes, that Jefferson Davis) and at least two other men who would later become President of the United States (James Monroe and William Howard Taft).

His personal life is also very interesting. After the assassination of his father, Lincoln moved himself and his mother to Chicago where he finished law school, and later married Mary Harlan (a senator’s daughter), and started a family. Ten years after Abraham Lincoln’s death, Robert Todd Lincoln had his mother committed to an insane asylum after she was ruled insane by a Chicago court and numerous physicians. For the last years of her life, Mary Todd Lincoln and her son had a very strained relationship, as she resented her forceful commitment, despite her release a short time later.