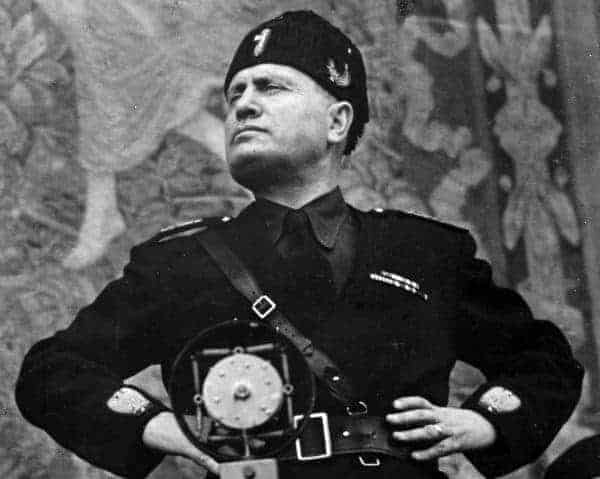 On this day in 1919, Benito Mussolini, a World War I veteran, founded the Fascist political party. During World War I, the Italian Socialist Party decided after an ongoing debate to oppose World War I because of the death of protesters. This signaled a dramatic shift from their initial stance. At the war’s onset, most socialist parties threw their support firmly behind the war effort, which to varying degrees were an extension of nationalism.

When the Italian Socialist Party denounced the war, Mussolini supported the decision. His support for Italy entering the war hinged on Austria’s oppression of socialists. He blamed the imperialist propensity of Central Powers – Germany, Austria-Hungary, the Ottoman Empire, and Bulgaria – for causing conservative political points of view that stifled the common worker.

Seeing the war as a tool of social change that was in lockstep with the belief that progress meant that those who opposed the war were going backward. This created a deep division between Mussolini and the Socialists, many of whom characterized Mussolini as a provocateur with immoral “and political unworthiness” before expelling him from the party.

That rejection shaped the trajectory of Mussolini’s future. He recreated himself by adopting a radically new political philosophy which would serve as the foundation of his Fascist ideologies. He sought unity where traditionally there was political and social division. Rather than focus on the working class, he emphasized how each class has its own purpose in building a nation. Mussolini argued that without the class distinctions, there is no culture, no society, and therefore no nation.

During the Russian Revolution, Mussolini was earning a sizable weekly wage. The British Secret Service was paying him to publish pro-war propaganda. His articles were infused with nationalist pride that called on Italians to revive their nation. On March 23, 1919, Mussolini officially founded the Milan fascio: Italiani de Combattimento.

History of Western Civilization II – The Rise Of Fascism